What I Learned From Being the Girl Who Cried At Work 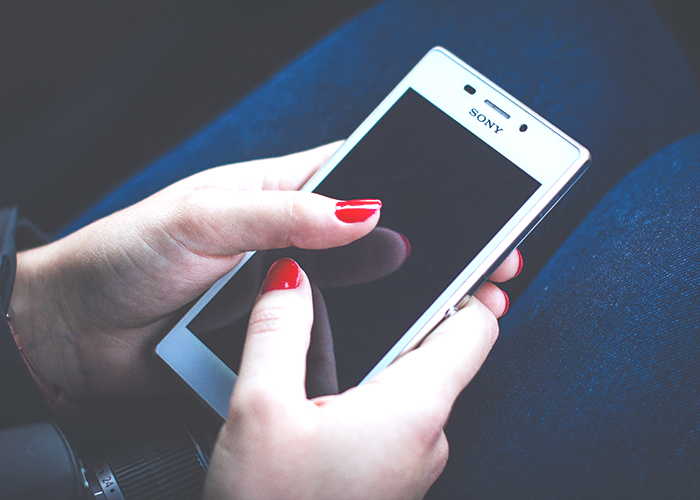 I distinctly remember it like it was yesterday — Me scurrying off to the bathroom at my then-office building bathroom, stuffing myself into a stall, and succumbing to a heaving fit of tears. I was mortified that I was crying on the job, my first big-girl job straight out of college, and I couldn’t believe that I had only made it a few months before  having it happen to me. Where was the tough, confident, resilient Lauren I had promised myself I’d always be within the four walls of the workplace? It turns out the expectation that I would always have it together was totally wrong, and it was my fault for allowing the situation that led to me wiping off my nose on my sleeve, spiral out of my control.

I had dropped the ball on a crucial aspect of a project because I failed to communicate as an art director, and it resulted in a pretty sizable error. Looking back on it, this failure was a direct result of me not asking questions for fear of sounding too dumb, too young, and indecisive and/or co-dependent. I saw the problem as soon as it came up, and I panicked. I was nervous to address the challenge with the somewhat ornery co-worker that I felt very nervous (and very junior) around, whom the problem would affect the most. I tried to go behind people’s backs to fix the issue before the situation got worse, but that only made the project suffer drastically more. Long story short, we missed a crucial deadline and worst of all, I failed to produce conversations that were needed in order to access how things got derailed. I completely lost it after I got chewed out (which looking back on it, was not even that bad) by my then-supervisor — I just couldn’t handle the pressure or my emotions.

Since then, I’ve organically learned a lot about what makes people successful and what character traits/personality types make the best employees. I’ve found that the concept of emotional intelligence comes up frequently in these writeups. In a nutshell, emotional intelligence, or EQ, is described as, “The ability to identify and manage your own emotions and the emotions of others.” Depending on what article you read, there are anywhere from three to five key pillars of EQ: self-awareness, self-management, social awareness, and relationship management. (You can read more detail on each other pillar for yourself, here.) If I had the tools and self-awareness I possess today, back when I was standing in that stall, I know the situation would have played out very differently.

This bit of self-reflection was initially spurred by an article I read on Entrepreneur called The Importance of Emotional Intelligence at Work which was written by Mariah Deleon, the Vice President of People at Glassdoor. In the article, Deleon writes about the value of having a firm grasp on EQ and says,

Workers with high EQ are better able to work in teams, adjust to change and be flexible. No matter how many degrees or other on-paper qualifications a person has, if he or she doesn’t have certain emotional qualities, he or she is unlikely to succeed.

People who understand their own degree of EQ are not only more mentally resilient for their own benefit, but they’re also better employees and better hires for company culture. Deleon suggests that when hiring, EQ can be just as important a consideration as IQ, and it can be the difference between an employee who does well and an employee who thrives. To me, sharpening your EQ skills means handling adversity with productivity without not shutting down — an invaluable skill in the constantly changing and evolving workplace.

One of the things I struggle with most is formulating my own thoughts, opinions, and emotional responses to things before other people imprint (for lack of a better word) their own thoughts and opinions on me. I end up mirroring whatever response those in positions of power around me have, and I view their opinion as the standard to which I subconsciously default. The older I get, the more I realize how important it is for someone to build up their own values and beliefs for themselves. In the article, The 11 Questions Emotionally Intelligent Leaders Ask Themselves, author Dov Baron strikes a chord with me and writes, “If you don’t want to be blindsided by someone else’s opinions, then you must take the time to analyze, and yes, question, your own character. The only way I know how to do that is through genuine introspection.”

I used to be scared to ask myself the tough questions that I didn’t want to answer, because they would challenge and push me out of my comfort zone. Now I realize that if I don’t do it, someone else will do it for me. If I am going to be in control of how I work, my work-life balance, and the degree of integrity I show in my work and personal life, honing in on my EQ skills is essential.

Now, while some people are born with a higher level of EQ than others, it’s not impossible to build up your skills — in fact, the need to focus on it is more common than not. There are a lot of great resources that can help you identify your own degree of EQ. There’s also an infinite number of articles and questionnaires you can take to help you figure out your own working style. After doing some digging of my own, I’ve learned that being vocal and forcing yourself to communicate frequently are two of the most important aspects of doing good work. I remember the paralyzing reluctance I felt when I had to walk into the offices of the higher-ups, and I always felt like my fears, concerns, and opinions weren’t as valid as theirs were. Since then, I’ve come to accept and embrace that not everyone has the same working style, and that’s ok. I’ve learned to identify my shortcomings, and instead of trying to hide them (before people notice them), I’ve worked on accepting them so I can move forward productively. I might never be the girl who always has her emotions in check 100% of the time, but I can sharpen my EQ skills so I don’t fall into a negativity spiral when work feels overwhelming. I’m slowly learning to let go of my expectations of the kind of adult I always expected myself to be, and embrace who I actually am.