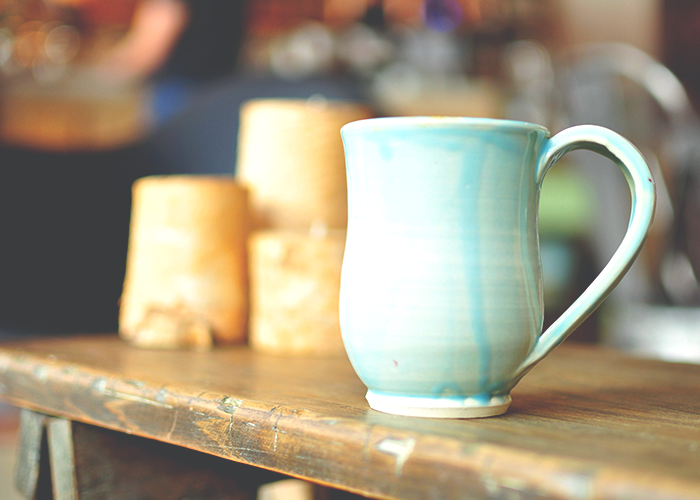 I recently wrote an article on The Financial Diet about what I learned from having a stay-at-home mom. The piece was supposed to be a discussion about finding your value and how having a SAHM taught me that my self-worth didn’t necessarily have to stem from my career, and how it’s possible to find meaning and purpose outside of the workplace.

That’s why I was surprised when a majority of the comments debated the merits of being a SAHM over a working mom. My intention was never to compare the two — I never even mentioned the phrase “career mom” or “working mom” in the article — but nonetheless, the debate came up.

At first I felt defensive and embarrassed. Did people not understand what I was trying to say? Was my article too confusing? And why were people so quick to judge my mother for being a stay at home mom? Why didn’t they appreciate the perspective she brought into my life by choosing not to define herself through her career? Wasn’t that a valuable lesson?

I never thought my article would be controversial. But it was, because it touched on one of the most sensitive topics women are still facing — whether or not to work or stay at home while you have children.

This isn’t the first time I’ve witnessed women get into heated discussions about the choice to work or stay at home. And while I’m not a mother and haven’t yet had to make that decision for myself, I’m already dreading the choice. It seems like a lose-lose situation all the way around. The feedback I received on my article made it clear that both working moms and SAHMs feel like they’re being judged for their decision.

The judgment extends far beyond the online world. Working moms are told they are abandoning their children. SAHMs are told they aren’t being good role models. The whole thing is like a war with insults flying out from either side. When you have children, people expect you to declare your allegiance. No matter what side you choose, you better prepare yourself for the onslaught of judgment and criticism coming your way.

The situation is particularly infuriating when I realized that we’re the ones doing the majority of the insulting. Us. Women. Mothers. Not men, or people who don’t have or want children. Moms. People who might one day be moms. Our fellow women, our support system, the only people who can truly understand what it is like to make that decision (yes, men can decide to stay at home, but they don’t have decades of historical trends suggesting that they do so) are the ones who are starting the attack. We’re the ones who are starting the war in the first place, and we are the only casualties.

Again, I haven’t had to make this decision yet, so I’m speaking as an outsider. But I can tell you that judging each other is not the answer. Tearing each other down, berating each other for making a different choice? It’s not only cruel, it’s dangerous. It makes everyone weaker.

So often, we believe that if someone doesn’t make the same choice that we did, we must be doing something wrong. We become defensive about our decision. The fact that they chose a different path makes us fearful and maybe even a little envious. And so we resort to judgment and gossip and name calling.

The feedback I received from my article didn’t convince me about which side was better; it convinced me that we need to do a better job of respecting each other’s choices. I learned that the best thing that I can do moving forward is to treat everyone’s decision with respect and view it as a personal choice that is reflective of their particularly lifestyle. When I’m a mom, I’m going to try to make the decision that is best for myself and my family. And then I’m going to give everyone the freedom to make that same decision — without judgment or criticism.

The response to my article also made me realize how hard it is to be a mom, period. It feels like women really don’t have a lot of viable options if and when they decide to become mothers. It made me think that maybe the problem isn’t that women are making the wrong decisions; maybe the problem is that we need better choices. The fact of the matter is, the majority of the workplace today is not conducive to mothers. We need more flexible hours, more work from home opportunities, more on-site daycare. We need more affordable childcare opportunities for families of all income levels. We need more help from our partners to manage the household. We need better after school programs.

There is so much that needs to change to support women advancing in the workplace. But we can’t focus on it when we’re too engaged with other mothers about the choices they’re making. We’re too busy blaming and judging and finger pointing to get together and figure out a solution. We’re focusing on the wrong enemy. We’re fighting the wrong war.

Life isn’t a game of who did it better. It’s not about who can cook the best gourmet meals or who throws the best birthday parties or who can be an engaged employee while also raising an honor roll student. We’re not in competition. And when we realize that, when we manage to help each other, we all win. When we join forces, we all benefit. We are always stronger together.