The Life Hacks I’ve Learned Since Being Diagnosed With Cancer 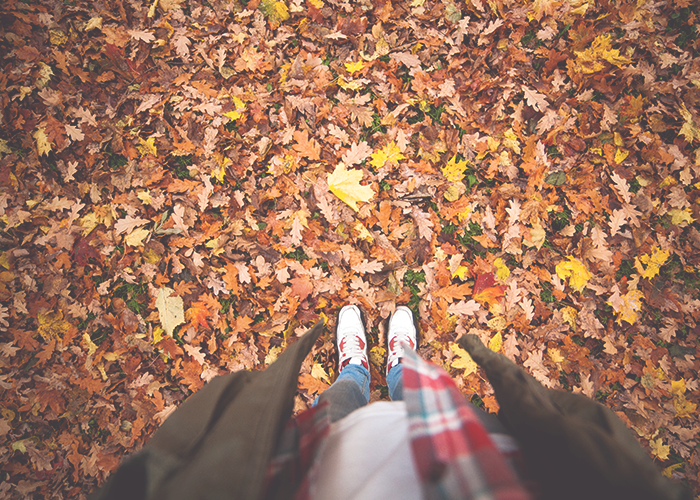 Cancer is bound and determined to make my life as difficult as possible. On top of baldness, hot flashes, and overall crankiness, the different medications leave me fatigued, foggy, and unable to adult. Since I don’t have anyone to help me full-time and I still have to work, something had to give. Here are the hacks I’ve learned that have made a world of difference in getting through the day since my diagnosis.

Write everything down. I had to get my life together, and fast. I started by writing down everything I needed to do — and I do mean everything. This helps in several different ways. First, I’m forgetful in general, and even more so now with all this crap in my system. I have forgotten to pay bills and what day of the week it is for several days in a row. Writing things down in one place, especially to-do lists or appointments, helps me know what I’m supposed to be doing that hour, day, week, whatever. I use a notebook

I already owned and made it into my BuJo (bullet journal) of sorts. It’s a work in progress, but it has simple compartments. It has the items I’m tracking that day (water intake goals or my medicine schedule), the tasks I want to accomplish (write 1,000 words of content or simply be productive), and the things I want to make a habit (exercise everyday or be in bed by 11pm). I then try to set this up for the next day before I go to bed.

Making these lists is a part of my ritual now, and normally the last thing I do before I fall asleep. This helps because it gives me a point of reference for all the things I usually would try to keep organized in my mind that I simply can’t handle anymore. Also, writing it at night before I go to bed helps lessen my anxiety about all I have to do the next day. I get it all out of my head so I can sleep better. You could probably do a lot of this in a phone or tablet, but I’m a paper person…with a lot of notebooks.

Multitask out of convenience. I’ve learned to do multiple things at once that don’t require my focus. For example, while my food is in the microwave, I unload the dishwasher. It seems simple, but in doing this, I’ve learned a couple of things. One: it’s a better use of time to just go ahead and complete all the tasks you have to in the same space while you’re there. Two: I can unload my dishwasher in about a minute. I’ve made a game of it. Whatever time I set the microwave for, the dishwasher has to be unloaded and everything neatly put away by the time it goes off. Other things I do is put turkey bacon or croissants in the oven while I’m cooking my eggs, or have a meal in the crock-pot

while I work. Anytime you can use an oven or crock-pot instead of the stove, I wholeheartedly endorse it. It just makes life so much easier to not stand and watch something cook.

Another prime example of this: Netflix and folding. This is my way of vegging out on the couch while still getting things done. If I’m binge-watching a show, I’ll bring the laundry that needs to be folded with me so I can do it from the comfort of my sectional. When I get up to go to my room, which I always have to do for some reason or another, I take the laundry basket

with me and put everything away.

Prepare food in a jar. This is something I’ve been hearing about and doing research on for some time. I actually tried it, and it works pretty well. I use mason jars

and salads in a jar. You can make several at a time, which can take some prep time, but it saves you from cooking later and the food doesn’t have to be reheated. There are a bunch of different recipes online, so you won’t get bored eating the same thing over and over.

Also, I’ve started using leftover Chipotle to create my own salad in a jar. When I order, I only get items that can be reheated in a burrito bowl (meat, rice, beans, and corn). You can ask for everything else, like lettuce and sour cream, on the side to be refrigerated. When I get home, I split the bowl into three (3) parts and put two parts into mason jars. I used to do half, but I realized the servings are so huge, I can get 3 meals out of one order. When I’m ready for my leftovers, I heat them up and dump them over a bed of spinach or salad mix. I can then add my cold sides and vinaigrette. I don’t make too many jars at a time because I’ll end up not eating them all in time, but three jars of overnight oats and three of salads tend to work well. Once I eat those, I make some more. Otherwise, they end up going to waste.

Put dirty laundry in the washing machine instead of a hamper. If you have a washer/dryer in your home, there’s no reason dirty laundry should end up on the floor or chair or lost in the abyss. If you undress and put the dirty laundry directly into the washer, you’ve saved yourself the time and energy it takes to put it in there later. Let me go and record and say I do not always separate my laundry, so doing this makes my life sooooo much easier. When the washer gets full, it’s obviously time to do a load, so I put in detergent and turn it on. No muss, no fuss. Most of my wardrobe is either mix-friendly or dry clean only. I will separate whites so I can bleach them, especially when I’m sweating a lot or sick. But for the most part, everything gets washed together. This also works for the dishwasher. Load it up as you go and when it’s full, run it. Don’t let dishes sit and/or pile up in the sink. It just becomes a bigger task that you won’t want to do later. If you don’t have a dishwasher, make it a point to start washing them after every meal.

Load up on non-perishables. I’m a bear and a squirrel: I like to hibernate and stockpile. I’m a lazy hoarder, I guess. I like to have things available without having to constantly go to the store. If I can get those things on sale, even better. I stockpile things that I know I need, such as toilet paper, paper towels, laundry detergent, dish soap, hand soap, body soap, floss, toothbrushes, toothpaste, etc. Right now, I have 18 rolls of paper towels, 7 bottles of dish soap, 5 bottles of hand soap (plus one large refill bottle

), 15 rolls of toilet paper, two bottles and one 50-ct container of laundry detergent…the list goes on. It may not sound like a lot, but keep in mind that this is what’s left from a shopping trip a couple of months ago — and with limited storage space.

I will make another trip or two (or three) in the coming weeks so I can have everything I need before the temperature drops and I have my surgery. This saves me from having to battle the cold, which I hate, and keeps me out of the stores, which causes me some anxiety. I once went to a Target and couldn’t get out of my car because there were so many people that I got overwhelmed with the idea of what the lines would be like. I just turned around and went home. Granted, I was also having a low-level panic attack because I was starting to itch from an allergic reaction, but you catch my drift. (On another note: one sneaky way to slowly stockpile is to collect those plastic forks and spoons when you get food to go. Don’t take 10 at a time, but always getting an extra one, especially if you eat out a lot, will give you some extra cutlery for times when the dishwasher’s going and you’re all out of forks!)

Get fresh food every couple of days. I know I just said I don’t like going to the store, but when I buy too much fresh food at once, I end up wasting it. For one thing, I have weird cravings, but they don’t last long enough to warrant buying a lot of any one item. For another, I’m only feeding one person, so I have to shop and cook accordingly. In the end, I save a lot of money since I’m not literally throwing food away. (See “Prepare food in a jar.”)

Automate everything. Quite possibly the easiest thing to do is automate your life. Set up auto-pay on all of your bills. I had to do this after I forgot what day it was and didn’t pay a couple of bills on time. To avoid it happening in the future, I just went ahead and set up the free service. Also, I use things like credit card spending limit alerts. I’m an emotional shopper, so when I spend a certain amount, I get a nice notification from my credit card company letting me know when I’ve spent a certain amount or my card has reached a certain limit. (Cue buyer’s remorse.) I’m more likely to return stuff I don’t need or avoid buying it altogether this way. It’s a win-win.

These are just some of the ways I’ve tried to make my life easier as I #SlayBC. I’m more organized, more efficient, and, frankly, more at peace. My life isn’t as frantic, and I feel in control. At the end of the day, that’s all anyone wants, right?