The Cost Of Getting Cancer At 30 Years Old 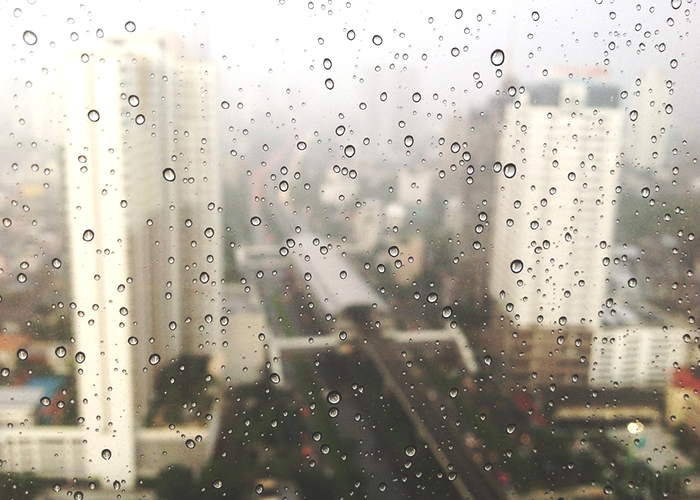 I found a lump and I was diagnosed with Stage 3C Breast Cancer (locally advanced invasive ductal carcinoma) at 29 years old, two months to the day before my 30th birthday. I have no history of this cancer in my family, and I never saw it coming. Needless to say, I was ill-prepared and faced new changes and information constantly.

Here’s how it all went down. I have a history of benign lumps in my boobs. I had my first mammogram and biopsy about a decade ago and have been getting regular breast ultrasounds ever since. Almost a year ago, a new lump started developing, which isn’t unheard of for me, but this lump was different from the others. It was harder, and it grew really fast. As soon as I got settled in my new place, I found a new doctor and let him know my concerns.

My cancer diagnosis was confirmed within weeks after an MRI, ultrasound, mammogram, and PET scan. I voted for the “take one replace one” approach, which is to say I wanted to go the surgery route and get it over with. However, my tumor was too large and the doctor refused to operate without shrinking the tumor first. Once that was decided, I started chemo the next week.

The medical bills started arriving soon thereafter. The doctors’ bills were separate from the hospital’s bills. Certain treatments had to be pre-approved by insurance and some others had to be prepaid. Not every service provided at the hospital was actually provided by the hospital (some were provided by a private service). I’ve received separate bills for my tests (and even the anesthesiologist) months later. One thing I’d never really paid attention to before were the “Catastrophic Limits” in my insurance information. This is how much you have to pay out of pocket before your insurance starts shelling out 100% for covered services. Based on my coverage, until I reached those limits, I’d have to pay 15% out of pocket for every expense, plus my deductibles and copays. My limits are $350/year for copays, $5,000/year for medical services within the preferred network, and $7,000 for medical services outside the preferred network. I hit the $350 and $5,000 limits within three months. Yeah.

I kept hearing that I had “good insurance” when I went to the hospital, because my plan  didn’t require pre-approvals or too many administrative hurdles before service was provided. My insurance actually worked against me in one case. When I was first diagnosed, my doctors suggested I freeze my eggs because they most likely wouldn’t be viable post-chemo. Just one small problem: it’d cost me about $10,000 up front for the cost of treatment ($6,900), plus fertility drugs ($3,000+) just to start. Because of the cancer diagnosis, I could get the drugs for free from different programs.

One problem, though: the programs didn’t like my government-funded insurance, so I was deemed ineligible. My insurance company wouldn’t cover the drugs outright. I actually skipped freezing my eggs and decided to take my chances. I didn’t want to take out a loan to freeze my eggs, then have to pay annual rent to keep the eggs frozen for an indefinite amount of time, and then have to pay to get them returned to me later. And to use the eggs for their original purpose, I would have to pay even more: the current rate for in-vitro fertilization is around $4,500. As the doctor spoke, all I could see was money hemorrhaging from my pockets. It was so overwhelming. Plus, the egg-freezing process would have delayed chemotherapy by another two weeks; my cancer was already starting to spread, so I needed to move quickly (the cancer was already found in three locations before I started chemo).

At the end of the day, I’m still glad I have my insurance. I happened to look at the medical billing online for my treatments and chemo was running the insurance company over $60,000 per treatment. $60,000!! I can’t even imagine trying to beat cancer without insurance or with crappy coverage. If nothing else, I’ve learned that having sensible insurance will literally save your life.

With all that said, chemotherapy is the devil. Beyond the hefty price tag, it came with a physical toll that I hadn’t fully prepared for. There are a million and one side effects that forced me to give up parts of my life. The first side effect was fatigue. I turned into a lazy bum. I only wanted to sleep, but somehow had to manage to stay awake to work. (Yes, I worked throughout all of this.) It would take me weeks to check my mail. I was told to work out three to five times a week, but I’ve yet to do so. I only left my house to eat and go to the hospital.

Then, all of my hair fell out after about three weeks; my eyebrows are almost non-existent. Next, chemo pushed me into menopause because it messed up my hormones. So at 30, I’m moody and experiencing hot flashes. (I wouldn’t wish them on my worst enemy.) I’ve lost sleep. I sweat profusely at the drop of a dime. There’s no real relief. (I’m trying acupuncture in a couple of weeks to see if it will make a difference. Wish me luck.) Chemo can cause bone pain because it attacks the marrow in your bones. It can cause neuropathy leaving to permanent nerve damage.

I can’t ingest processed soy products. I’m on a plant-based diet. (Well, I’m supposed to be on a plant-based diet but my mixed up hormones make me have cravings like a pregnant lady so I eat what my body tells me to eat, with the occasional forced healthy item.) I tried going vegan when I was first diagnosed, and I lost a lot of weight and I was hungry all the time. It was not a positive experience for me.

Since chemotherapy attacks everything in the body, I have to do blood work weekly to make sure I’m not getting sick or having any complications. I’m not supposed to travel or be around crowds, because people are germy and I may not have enough white blood cells to fight off an infection. I have to constantly wash my hands and use sanitizer. I also need to be close to the hospital in case something happens. For example, I had an allergic reaction to the chemo drug in my second phase of treatment and ended up in the emergency room due to pruritus (uncontrollable itching). Needless to say, chemo sucks.

To combat said suckiness, I’ve tried finding ways to make myself feel better. Since I can’t travel or go get my hair done, I’ve started a love affair with shopping. My only real exercise is walking through the mall, so I take full advantage. To balance my new shopping addiction, I’ve started couponing. It’s my new favorite hobby. Seriously. Clipping coupons the old-fashioned way brings so much joy to my life. I like saving money to counter the money I spend.  I have store reward apps and rebate apps on top of my coupon apps. I have file folders for different stores to keep my coupons organized, and I have detailed lists when I go to each store. I usually scan my receipts for my rebate apps before I leave the parking lot to make sure I don’t forget. Granted, since I can’t travel or get my hair done, I’m just shifting my budget lines. That’s my story and I’m sticking to it!

I’ve traded traveling the world for making sure I don’t look sick. I carry a towel in my purse to mop of my sweat from my hot flashes. I agonize over coupons, rebates, and tracking medical expenses. My whole life now revolves around being a cancer patient.