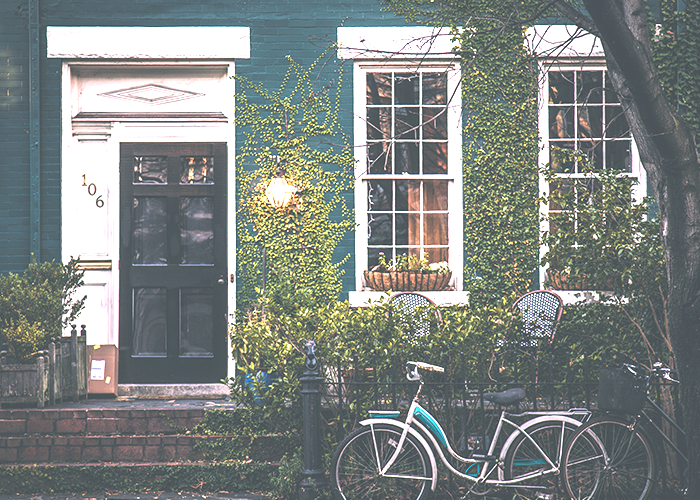 Dan makes a considerable amount more than I do. Over double what I make, to be exact. This means that he will be doing the majority of the financial heavy lifting when we do find the right place. (And let’s face it, also the physical heavy lifting, because I can’t carry a whole bureau alone.) Not being in a place to financially contribute half to this process has been a constant sore spot for me since we started the process. Not to mention the house-hunting process isn’t all rainbows and dreamy project ideas. I’m having a considerably difficult time quantifying what value I bring to the home ownership table, since it’s not monetary.

I always had this notion that when I got to a point in life where I would be buying a home with someone, I was going to contribute half. Half is fair, in my opinion. Yet here we are. If you couldn’t already tell, I’m one of those people that gets massive anxiety just thinking about receiving gifts at holidays. I prefer to do the giving, always.

We live in a world where women are told they should be both more and less, at home and at work. They should contribute to the world just as equally as men. Women should not be confined by stereotypical gender roles, and are shamed if they choose those roles. Women are also judged if they adopt stereotypical male gender roles and tasks. I never in a million years considered that I would let a man partially provide for me, financially.

What’s a girl to do?

I grew up watching my parents work hard. I was raised to be strong and independent. Any time I wanted something growing up, I worked hard to earn it, even if our family had the financial wherewithal to afford it. The value, for me, was in the earning. I have a hard time accepting gifts from others, monetary or not. Because of this mindset, I have a hard time accepting that my boyfriend’s savings, retirement, and income are not his, but “ours.”

Dan has to remind me of a few different things, on numerous occasions. The first is that one of the main reasons he works as hard as he does is to be able to provide for a family. One of his lifelong goals is to have a wife and kids, and a big part of that dream, for him, is being able to provide for that future family.

The second is that he is older than me, and he has an entirely different career path than I do. Also, the field he chose is a much higher-paying field than the one I chose. He’s been at his job for 8 years, whereas I just started at my “career” job 10 months ago. Even though I’ve received a promotion and three raises since I started this job, he still has another 7 years of lateral corporate growth under his belt, simply because he’s been at it longer.

Lastly, the things that I bring to the home have plenty of value. The fact that I have a hard time seeing the value in those things doesn’t lessen the value of them for him. Namely, his cooking skills are limited to grilled cheeses (which are actually to die for), breakfast food, and macaroni. For him, my ability to cook has HUGE value. Apparently his dream of family included a more varied menu, and I’m more than happy to oblige. I love cooking, meal planning, and grocery shopping.

Which brings me to the point of those gender roles, again. Am I supposed to feel guilty for reveling in the stereotypical “female” tasks, while Dan brings home more money? I happen to love cooking, cleaning, and organizing. Women have made huge strides in the way of equality, and internet-wide, women get bashed for falling into the roles that women fought so hard to overcome.

I’m more than happy to have dinner ready when Dan gets home from work, which some women would find absolutely appalling. The key here is that I don’t do this because I feel I am obligated or required to do so. And trust me, there are plenty of nights where cooking dinner just doesn’t happen, because ~life~. He works hard to provide for us, so making dinner is an easy way for me to say, “I recognize you work hard, and I appreciate that.”

Someone shared this tidbit of information with my mom years ago: “Don’t begrudge someone the joy of giving you a gift.” I relate to that so hard on so many levels, because I love giving to others. Dan wants to be able to give our future the gift of financial stability. To be stubborn about accepting that generous gift, and the hard work he’s put in to get where he is financially, would be begrudging him a joy that we both share.

He feels great pride in being able to contribute financially to our home ownership journey. And as he often has to remind me (bless than man’s patience…) that, without the qualities I bring to the table, owning a home wouldn’t be worth it.

Samantha works full time at a private college in Vermont and is a content writer on the side. When she’s not working, she’s drinking copious amounts of coffee, making lists, reorganizing her apartment, or rescuing animals. She has a rescue Chihuahua named Sammy, that shares both her name and her pizza crusts. Follow her on Twitter here.