On Living & Working Abroad As A Non-White Woman 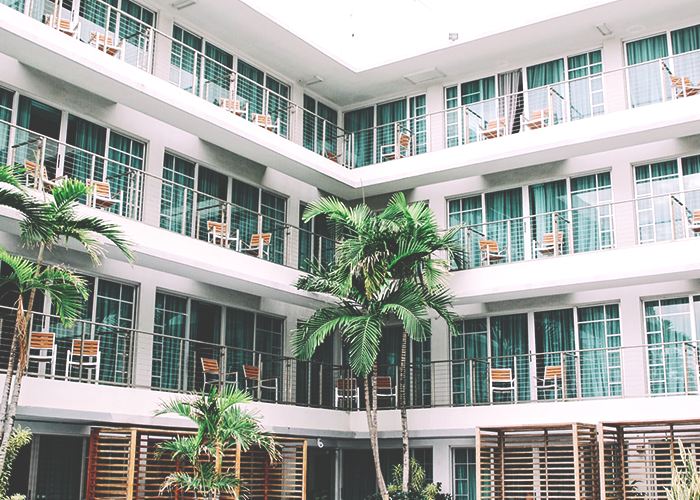 When I finished University, I was recruited by a company looking for college lecturers to teach in schools in Oman. I lived there for three years, teaching gorgeous, shy teenage girls how to write essays and analyze classic literature.

Oman is a very slow, quiet country, and aside from work, there wasn’t much for me to do, except hike, go on road trips, learn Arabic, and occasionally — after much begging and pleading — take my students on shopping trips to the UAE. Since I was paid a good salary, my favorite indulgence was to go up to Muscat once a month and spend a weekend at a luxury hotel. My favorite was the Crowne Plaza in Qurum, because it was on a cliff edge that led you down a path to a private beach. One of the security guards once confided that the hotel staff had nick named me “pinkie,” because of the bright coral pink bikini I wore around the pool.

One weekend, I was walking down to the beach when a couple who were sitting on two of the sun loungers called me over. We had a bizarre conversation, wherein they insisted they had seen me at a “party,” then asked me if I would like to join them in their room for a drink. I declined and ran away, recounting the story to a middle-aged American woman I had been talking to. I thought she was going to laugh at it, too, but instead, she studied my face, and frowned slightly.

“Look, you’re in your early twenties, staying in a nice hotel, running around in a bikini.” I didn’t understand what she was trying to tell me, and I pointed out that I wasn’t the only young woman at the hotel. “Yes, but,” her eyes darted across my face again. “You’re mixed right? I mean, you look like you’re from Russia or Asia? So obviously, they thought you were an escort.”

The comedian Margaret Cho once said that racism is like dying of a thousand invisible paper cuts. Those snippy, degrading looks and comments that get under your skin and stay there forever. I felt so overwhelmingly embarrassed, and I wondered whether the hotel staff who saw me every month thought the same thing. I walked back, looking enviously at all of the young, western women absent-mindedly flipping through their kindles. No one was assuming they were sex workers; they were just white people on holiday. Of course they had money, no explanation needed.

Growing up in the nineties, we were all told that multiculturalism was not just accepted, but also regarded as a higher art form. Advertisements and media projected an idyllic view of the world, evidenced by the beautiful Chinese face next to the caramel-skinned boy with freckles and a spectacular Afro in the Gap commercial. It was those black-and-white photos of Lenny Kravitz holding up his doll-like French lover, the gorgeous Vanessa Paradis, their sexual poses more than hinting at the idea of an exquisitely beautiful mixed-race child.

Even in my tiny independent school in England, which had the most traditional of Victorian values, I wasn’t aware I looked any different. I had thick, jet-black hair and almond eyes, and I ran around the playground in my white socks and gingham dress while turning as brown as a berry in the summer. The only difference I remember was not wanting a blond Barbie, the only kind my local toy shop sold, and making my parents drive for miles to the nearest Toys R Us to buy her black-haired friend. When I was older, I was not interested in Gwyneth Paltrow or Blake Lively, and I had to go out and find my own “dollies” that looked more like me — Bianca Jagger, Morena Baccarin, Poly Styrene. I was fascinated by Shannon Sossamon with her short, punk-ish hair and second-hand clothes, because she was the first lead actress I saw in movies that was so mixed, it was impossible to guess where she was from.

Graduating into a bad recession, I quickly became open to job opportunities abroad and work experience that would have taken me years to acquire in my home country. I’ve happily lived in three different countries, managing to avoid unpaid internships and debt thanks to international employers who poached me with contracts that included free accommodation, end-of-contract bonuses, and international flights. I have clearly benefitted from my western privilege; an English accent and degree are prized commodities in the global economy. I’m fortunate to have found great opportunities abroad. But at times, expat communities are rife with an undercurrent of tribalism and racism, and it has made me embittered and painfully aware that, even though I am English, to many people, I’m not English enough.

You notice pretty quickly that some people who move abroad are not at all keen to mix, and instead create little enclaves where they only communicate with their own kind. I attribute it some of it to culture shock, reverting back to old-fashioned racism and accepting caricatured stereotypes as a form of protection and preservation. It does irritate me, though, to see western expats who clearly grew up in multicultural cities, who studied alongside international students at universities in Canada or Australia, sitting in the bars or restaurants of countries they weren’t born in, discussing “Indians” or “Russians” like 18th century colonialists.

They wrinkle their nose when you say you are going to the baby shower of a local coworker, or bring the history of a country into the conversation. They make it clear that your opinions on the Brexit or the refugee crisis in Calais don’t count when your facial features betray a mille feuille of immigration patterns that have drifted across the globe throughout history. Sometimes, if they are a little older, they may also point out that it’s a good thing you chose a partner with green eyes and very pale skin, because mixed race babies are “cute,” but ultimately, they imply my unborn future children will have a better life the whiter they are. That’s the thing about the globalized world: sometimes it’s a Benetton ad, and sometimes, depending on the town or the party — or indeed, the barstool — all progressive thinking and tolerance melts away, and you are suddenly in a rabbit-proof fence.

I get nervous meeting new people, especially when I am abroad and their eyes dart back and forth across my face, as though they are taking a “scan.” It’s a process that takes a few seconds, like pressing an inky thumb against paper or opening a passport. During that time, they have made their assumptions before I have even opened my mouth. Then the fidgeting starts, as the person tries to direct the conversation towards the question I have been asked a million times in the past, and will be asked a million times in the future: “So like, what are you?”

The thing I’ve come to realize when people ask me this, is that they are not really asking me where I come from. They are asking me two separate questions, in rapid succession: 1) What am I doing here? 2) How did I get here?

“Here” can be my place of work, my university campus, the lingerie section of Le Bon Marche. The question of how I arrived at a place is asked with great relish, because immigration is so closely linked in our psyches with survival, hustling, enduring hardship, and, ultimately, an interesting story.

I always think of that day at the Crowne Plaza when people ask me about my racial background. Staying at a luxury hotel was probably the first nice treat I gave myself with my post-graduate salary, and it was deeply hurtful realizing people thought the only explanation for me to be “here” must be because I was an escort. I desperately want to climb inside the safe enclave of innocence some people get to live in, and flip through my kindle by the pool without a care in the world. However, I know that Western nonchalance is an act, projecting affluence that they have and will always be “here.” In reality, we are all struggling and striving for better lives and work extremely hard for our next promotion, raise, or hard-earned mini-break.

It deeply saddens me at times, because I love my life, my job, and my financial independence. But I am starting to realize that, because of my skin tone, the shape of my face, and the shade of my eyes, my presence in the globalized world will be tolerated, but ultimately met with many awkward glances and questions, and many, many invisible paper cuts.