What Being Married To An Older Man Looks Like, Financially 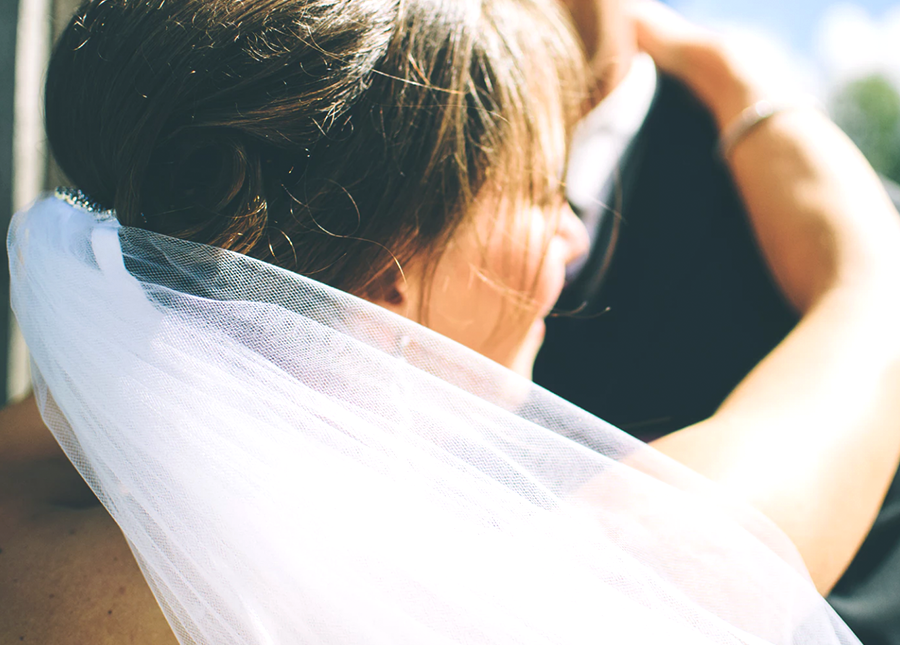 It always starts out in a similar way — I’ll casually say to someone I’ve  known for a while, “Well, my husband is a little older than me.” More often than not, they’ll respond with, “Yeah, I meant to ask…” My husband just turned 45, making him 16 years older than me. Most people are used to it now, but it’s usually a shock for people at first. For the first year of our relationship, I was constantly on the defensive. I felt like I had to defend myself against sometimes-gross allegations and implications by some people — like the assumption that I must have married him for money, or that I was the result of some sort of midlife crisis on his part.

Of course, these days (now that I’m older), most people are polite — almost too polite. No one wants to act like they’re judging, so they pass it off by saying things like, “You don’t have to explain or justify anything.” Or, they’ll say the possibly most cringe-worthy (though well-meaning) thing of all: “Age is just a number.” Honestly, age does matter — but that’s not to say that we shouldn’t have gotten married due to the age difference. What I mean is that our age difference affects many, many aspects of our relationship. It means our energy levels don’t always sync up. It means he doesn’t always “get” some of my more “millennial” affectations. And, most obviously, it affects what our relationship looks like, financially.

Money plays a vital part in your relationship no matter who you are. But sometimes, it’s easier to ignore (even if it’s not right to ignore it). Maybe you both make about the same amount and have an agreement to split everything 50/50. Maybe you don’t live together yet and your strategy for dealing with low funds is to simply avoid each other. I’ve been there, too. But when someone has nearly two decades of life experience over you do, it’s pretty much impossible to ignore.

Here are the financial truths about our relationship:

1. The fact is, he makes more money than me, and that takes pressure off…

My husband being 16 years older than me plus the fact that he started working immediately after only 18 months of college means he has 18 years in the workforce more than I do. So yes, he makes a lot more money than I do. He also has great credit from years of build-up, a low-interest line of credit, a small bit of land he may or may not do something with, significant savings and, generally, more financial flexibility than me. We were transparent from the start of our relationship about our respective incomes, and he has always believed in addressing the imbalance. For example, when we moved in together, he didn’t think it made sense to split rent 50/50 since we don’t make the same amount of money. His line of credit has also come in handy in situations that would have left me in total despair, like our cat’s extreme medical bills. I try to not take advantage of it, but he has had to repeatedly tell me regarding worst-case scenarios, “We’ll be okay.”

2. …but I sometimes have to remind him not to “parent” me, financially.

My husband is always the first to reach for his wallet when we go out to eat, to offer to buy tickets when we go somewhere, to brush something off with “don’t worry about it.” Once, he even offered to buy paint for me when I wanted to repaint our second bedroom, even though I was the one who thought it needed a paint job. One of the things in our relationship we still work on is me knowing when to accept help, and him learning to let me take the financial blow. When he was in his late twenties, he didn’t have someone to lean on in times of emergencies, or even for little day-to-day things like groceries and date night. And I’ve tried to convince him to let me pick up the check more often, because I don’t want to simply duck out on my responsibilities.

3. We are a millennial’s idea of having our shit together, but not a Gen X-er’s.

Aside from the aforementioned land and my husband’s extensive collection of model trains, we don’t really have assets to our names, and none of them are shared. Buying a house in Toronto is next to impossible currently, but it wasn’t when my husband was my age. He admits that he missed out on the opportunity when he had the chance, because he feared those few years of being house-poor and instead chose to live more comfortably in rentals. Sixteen years later, he wishes he’d taken the chance. My millennial friends think we’re fiscally responsible because we pay our bills on time, don’t spend money on stupid shit, have plenty of money left over at the end of the month, and aren’t constantly panicked about finances. But compared to his friends, we have few investments and still don’t have an ideal retirement plan. It’s a reminder that having your shit together looks different at every age.

4. He’s taught me more from his mistakes than he has from his successes.

I admire a lot about my husband — like the fact that he paid off the $24,000 he borrowed to buy his land in less than two years. But what always inspires me most is the fact that when he was my age, he was in way worse shape than me. He had terrible credit and couldn’t afford much more than a bedbug-infested bachelor in one of the city’s worst neighborhoods. He never had any concept of saving until his mid-thirties, and for the first decade of his career, money burned a hole in his pocket and went straight to booze, cigarettes, music, fast food, and games. Having 18 years of “experience” over me doesn’t mean he has 18 years of success over me — it just means 18 years of experience. He’s shown me that you can bounce back through discipline and eliminating bad influences. I’ve gotten a start on many things, like savings and a retirement plan, earlier than he did, and my money habits now are what his were at about 35. But more than anything, it’s nice to have a reminder that I’m not damned to eternal financial Hell for making one mistake.

5. He is far better at talking about money than I am.

I wouldn’t be able to write any of these things if it weren’t for how often and how openly he has gotten me to talk about money. I came from a family that simply didn’t talk about it (when I was younger and we struggled financially, my Dad would immediately crumple up receipts from ATMs without looking at the balance because he was afraid of what he would see). The older you get, the bigger a part money plays in your life. When my husband had to make bigger financial decisions (like buying his land), that meant he had to talk to more people about money and become far less shy about it. When we have conversations about money, he definitely does more of the talking, although lately, I have been asking more questions. Generally, my ideas are far more simplistic (such as suggesting eating less take-out or buying more in bulk) while his ideas are more advanced and long-term (he recently brought up the idea of investing in real estate), but he is patient and keeps encouraging me to get some financial guts.

Obviously, being married to an older man isn’t some sort of ticket to a fabulous and worry-free life, nor is it some sort of “get ahead” strategy. I’m not here to tell you that you should marry an older man because it’ll make you so much better with money. What I am saying is that when you and your partner come from different financial backgrounds for whatever reason, your differences should be embraced for what they can teach you — it should never be a source of stress.