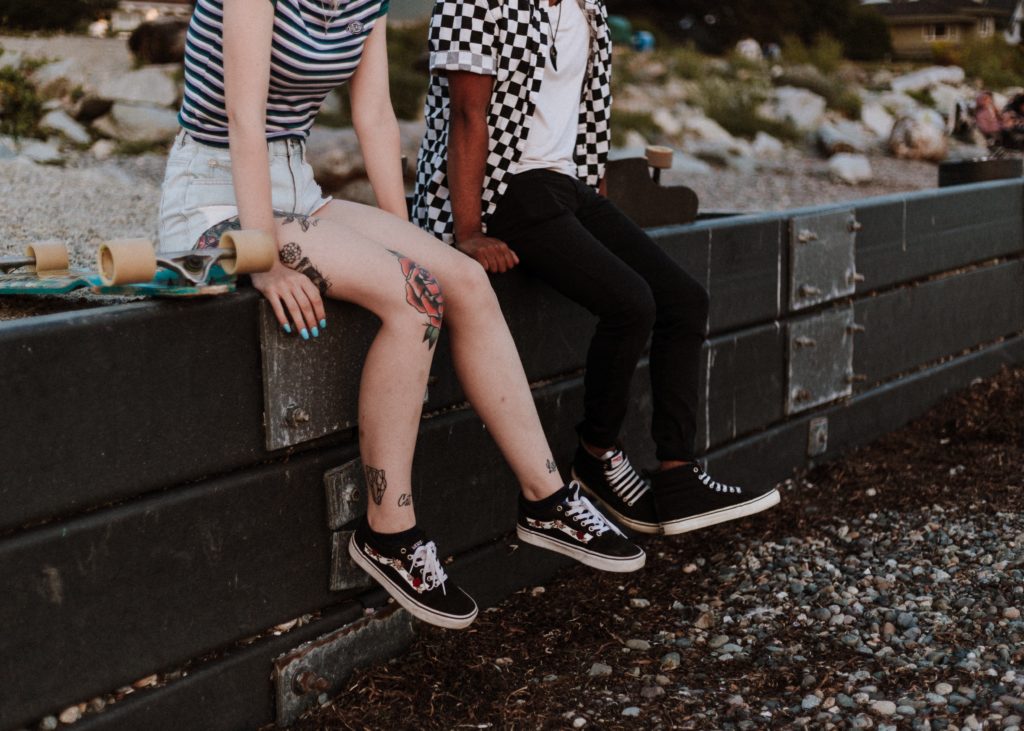 Moving in with your significant other requires a lot of compromising. Between varying bills and chores like cooking dinner and cleaning the bathroom, some things are divided evenly, while others are covered wholly in exchange for another task. And after moving in with my college boyfriend right after graduation, we soon discovered splitting expenses 50/50 isn’t as straightforward as we thought it would be.

Our first apartment together was a studio in Queens, New York, halfway between each of our jobs. We split the $1,575/month rent evenly, despite my ex making nearly double what I did. I assumed that as an independent, stubborn woman, I would hold my own in the relationship and pay for half of everything. I chose a low-paying creative field, and that would be my lifestyle. But as the months wore on and other financial obligations arose, splitting expenses 50/50 started to encourage resentment.

My first job out of college paid $15 an hour, which only goes so far in New York City. After six months, I got a raise to $17 an hour — the benefits of which I saw none of since my student loans also kicked in after six months of employment. My yearly salary came out to $31,000 a year at first, then $35,000 a year, before taxes. Meanwhile, my engineer boyfriend was making $55,000* right out of college.

Here’s where things got tricky: student loan payments. My loan payments are about $200/month. My ex graduated with substantially more student debt and was paying about $700/month. Before loans kicked in, he expressed that I had chosen a low-paying career path (which would be useless in the event of an apocalypse; his words, not mine) and my financial situation as an English major meant that I would have less spending money. What was fair would be splitting expenses 50/50 regardless of salary. I agreed, and I wanted to hold my own in the relationship despite making almost half of what he did.

But then student loans changed the equation. My ex now had significantly less spending money. His proposed solution to keep payments fair was to have me cover all of the groceries. That way, $400 a month in groceries plus $200 a month in loans almost equaled his $700 a month in loans.

As a couple living together, we aimed to spend “our” money as a team. I agreed to pay for all of the groceries so that the total amount we each spent per month would be about the same, despite there still being a large gap between our salaries and the total amount leftover being different.

We broke down monthly expenses to be split evenly:

This led to a great deal of resentment, as I felt it was unfair to include student loan payments in total expenses, especially considering how much less I made. I proposed that rather than measuring fairness in finances by amount contributed, we should measure in percentage of salary contributed. But that never happened. I was hardly able to have any savings, which my ex justified by saying his rapidly growing savings would someday be ours.

After a year of living together, we each got new jobs. I was now making $45,000 and he was making ~$65,000*, and we continued to split all expenses. We started our second lease together, paying $2,300/month for a duplex in Brooklyn. It lasted three months before we broke it off. There were many reasons besides money that the relationship wasn’t working, but long term, disagreeing on finances would continue to cause problems.

We had very different financial philosophies on life.

Him: A logic-based engineer whose idea of a fun weekend is staying home and saving money.

Me: A free-spirited creative who will impulsively walk into any independent bookstore or ice cream shop purely for enjoyment.

Not only did we have different day-to-day spending views, our medium and long-term money goals (how much to spend on vacations, the state with the best taxes for raising a family, how many kids to have) were vastly different as well.

In a relationship where one person makes significantly more than the other, I do not see splitting expenses evenly to be fair. If it was a roommate situation, that would have been okay; there wouldn’t be an end goal of building a financial future together and spending and saving as a team. While I did enjoy the feeling of holding my own and covering all of my bills as my partner covered his, at the end of each month, I hardly had any money left over. Plus, I had to listen to him talk about his latest investments. Yes, entering a low-paying career field was my choice, but by that logic, so was his decision to go to an expensive private university and graduate with substantial debt.

Every couple has to find what works for them. I’ve spoken with women who like to feel taken care of and date men who will cover all of their bills, and I’ve spoken with women who make more than their partners and are hesitant to merge finances. My own resentment with splitting living expenses 50/50 when there was a large income gap stemmed from knowing that there were other cracks in the relationship that, if widened, would cause us to break up and leave me with little savings to get back on my feet.

When we did finally break up, I was very thankful to have friends who let me and my cat crash on their couches while I saved up enough to put down a security deposit and one month’s rent on a place of my own. I now have an apartment of my own where the rent is certainly more than if I was splitting it with a significant other. But I no longer feel that I’m being taken advantage of for someone else’s financial gain.

*Median engineer salaries in NYC based on specific years of experience. These numbers are not reflective of the individual’s actual salary.

Juliet is a freelance writer and friendly neighborhood conspiracy theorist, tirelessly working to save the world from the impending Cowpocalypse and Doughpocalypse one blog post at a time. Read more of her writing at JulietTheNomad.com where she works through her festering childhood qualms and pretends to be a food stylist.