My Boyfriend Of 5 Years Makes More Than Me, But We Still Split The Check 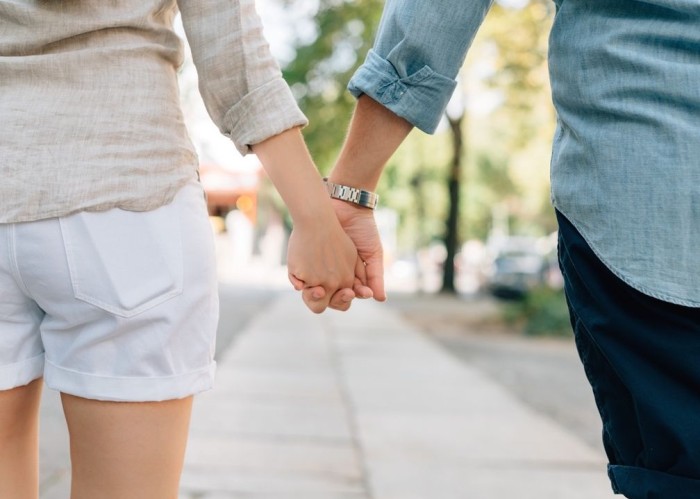 This article is written in response to “Why I Always Let My Boyfriend Pick Up The Check.”

My boyfriend of five years has always had more money than me. He made more than I did at his entry-level job and worked fewer unpaid internships in school, and because he’s generally always had good financial sense, he’s also saved a lot more than I have. He’ll graduate from medical school debt-free thanks to family resources; I’ll be starting law school soon, which I’m paying for entirely through loans. Down the line, he’s going to be a doctor, while I’m heading into a career as a public-interest lawyer, which basically means that, for the rest of our lives, he’s going to make more money than I will. As long as I’ve known him, money has simply been far less of a concern in his life than it’s been in mine. Despite this, for the majority of our relationship, we’ve largely split dating expenses 50/50. And despite our income disparity, we actually like it that way.

Often when I read pieces on relationship finances, I come across the idea that splitting dating expenses equally in a long-term relationship is bad news for your relationship. There’s a general idea that you’re “keeping score” with your partner, or that constantly running a tally of who’s paid for what will somehow end up being detrimental to your relationship in the long run. I’ve been in a relationship with my current partner for five years now, and with the exception of the first handful of our dates and the big ones —anniversaries and Valentine’s Day, which he pays for — we’ve roughly contributed equal amounts to our relationship and otherwise kept our finances separate. And contrary to public opinion, neither of us do it by keeping a tally or tracking a score. In general, we intuitively trade off on paying for things, and for big things like trips, we finance our own ways.

Here’s the thing: I love my financial independence. I love that I can use my Christmas bonus for the new Kate Spade bag I’ve been eyeing and saving for, or that I can occasionally splurge on the grocery goodies I love without answering to anyone. I also love that I have savings, a 401k, and an investment account that I manage myself with no input from anyone else. No one in my life can tell me what to do with my money. Accordingly, I don’t think it’s my place to tell anyone — even my partner — what to do with theirs. Yes, it’s true my boyfriend generally has more disposable income than I do. But family status aside, he also works hard for his money, and when he makes no demands on my money, I don’t think it’s fair to make demands on his.

To me, 50/50 only becomes a stressor when it becomes a mandate, not a balance. As with many relationships, we’ve seen our financial positions improve and weaken at various points, and at these times, the balance of our financial contributions to the relationship changes. For the last several months, for instance, I’ve been applying to law school, which means that between application fees, LSAT prep, and essentially giving up my spare time, I’ve had far less disposable income than I normally do. Accordingly, my boyfriend has gone out of his way to take on a larger share of our relationship expenses, from taking on the lion’s share of trips to see me (we are long distance), to paying for more of our date-night activities. However, rather than keeping up our normal expenditures and making my boyfriend cover 90% of it, we both reel in our spending when one person needs to, whether it’s elevating cooking date nights at home because we can’t go out to eat nearly as often, or staying in with spiked drinks and Netflix.

And what gives me the most faith in our long-term financial future is my boyfriend’s ability to be completely happy with fewer nights out or handmade Christmas gifts at times when money is an issue for me. 50/50 only becomes “keeping score” when conversations about relationship finances happen solely in your head, instead of with your partner, and the key for us is being as honest as possible with where we’re both at financially.

It’s true that because we’re currently long distance, our finances are much less integrated than they otherwise would be. It’s also possible that looking ahead, into a life where my partner will always make more money than I do, our balance will shift into something more proportional to our incomes. But right now, when we’re in a place where I can afford our dating expenses, I don’t see his extra disposable income as something I’m entitled to spend, and I don’t believe he should have to spend more so I can put extra money into savings right now. If his money really is “our money” down the road, it’s more important to me right now that our financial priorities line up. And as a couple that’s likely always going to deal with an income disparity, his ability to understand and respect my financial situation without ever making me feel like a skinflint or incapable of keeping up with him gives me the best sense of what our life will look like moving forward; it’s a relationship based on mutual respect, not the size of our paychecks.

Ultimately, the most feminist thing you can do in terms of relationship finances is find a balance that works for you, your partner, and your relationship. There are many ways to create that balance, and earning equal amounts of money is not the only way to go about it. Our financial equality isn’t about keeping score, but it is about feeling like we’re equally invested in our relationship.  As long as that’s the case, the money itself is probably what matters least.