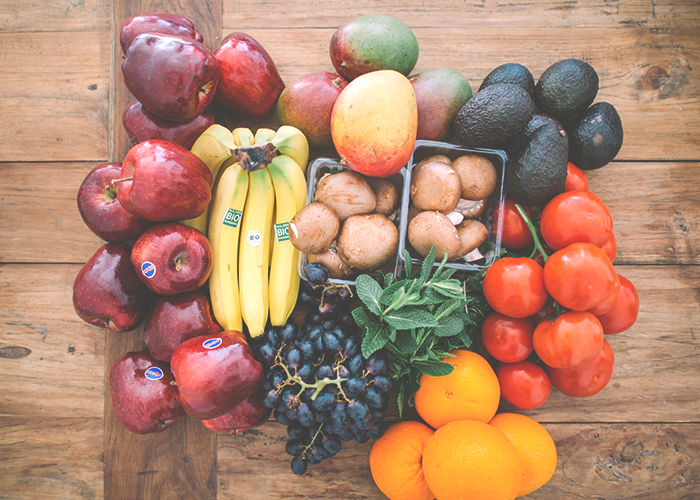 I’ve been trying to get better about how I grocery shop for a while now, and though I know the eventual solution will probably be “order a lot of my stuff online and make store trips only occasionally,” for some reason, I’m just not doing it yet. The truth is, working at home, going to the store is often a good opportunity for me to get out of the house and have something to do. Yes, I walk the pup, but that is only so much entertainment and, at least until the weather gets nice, it’s good to have something productive to tack onto my trips.

So to that end, I hit the grocery store approximately twice a week, usually averaging 120 bucks in groceries between the two trips. Perhaps this is a lot, but there are two of us (at least several days a week), and one of us is a ~strapping young lad~ who goes through a lot of food. I had started to notice, though, that even though I’ve gotten pretty good about always making a list before any trip — and checking it with Marc to see if he has anything to add/take off — I was still spending more than I wanted, and coming home with a lot of things that I didn’t need.

Being that I live in a big city, and therefore have to transport my hauls in bags and on foot, I am already more limited than some in terms of how much excess crap I can get at the store. But often the ratios of things themselves — healthy to unhealthy, staple to unnecessary — were bad, even when I was forced to carry it all by hand. So I started doing something that has since become an essential component of my grocery trips, and has proven to save me ample money and empty calories. I bring a large bag

that is specifically for fruits and veggies, and I cannot get anything else until that bag is full. 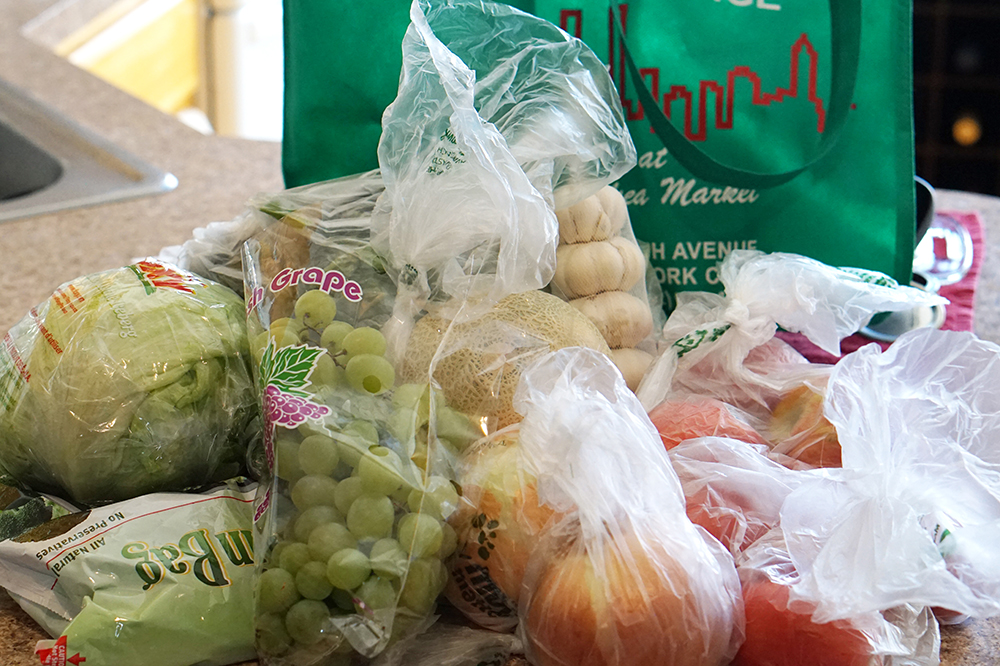 I do carry another bag with me, and all my non-fruit and veg (both frozen and fresh) must fight for space in that one extra bag. But by focusing on the good stuff first, I not only get much more of it — and, unless you live in a food dessert, bulk/frozen/canned produce is almost always less expensive than prepared foods, and by a big margin — I am in the mindset of “what can I make with this stuff?” I end up basing recipes around it, like this ENORMOUS, filling turkey taco salad, which is mostly just a crap ton of veggies (two kinds of lettuce, plum tomatoes, yellow onion, fresh jalapenos, fresh peppers) with a bit of seasoned turkey and a sprinkling of light cheese. (I used hot sauce and salsa as my dressing, the whole thing barely had any calories and was absolutely delicious.) 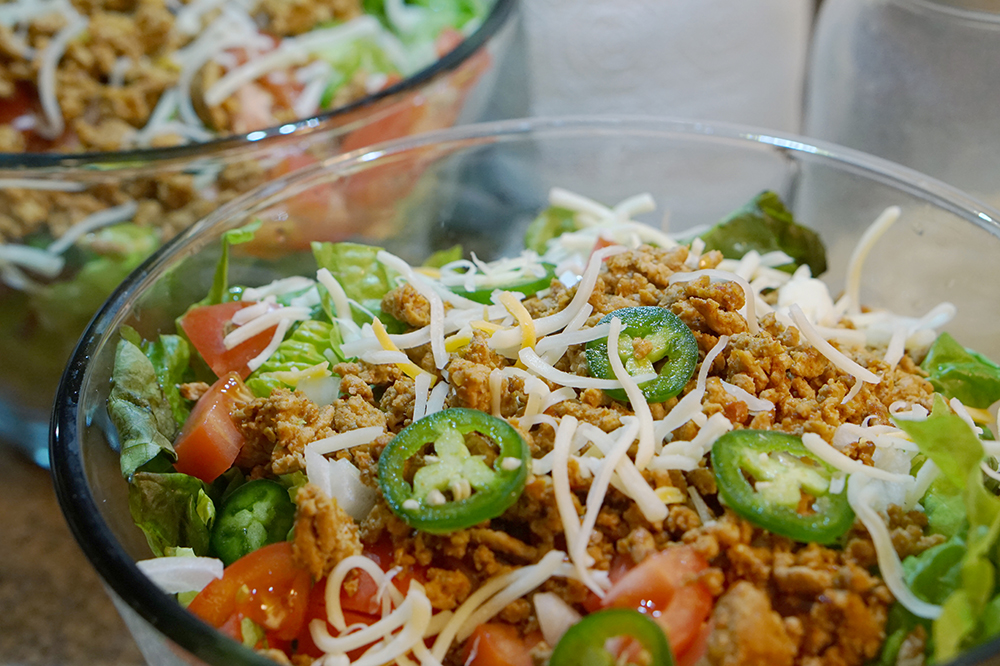 Yesterday, for a little over 20 bucks, I was able to get a huge bag of produce, including things I otherwise wouldn’t have thought to get, like a melon, different kinds of peppers, and a ton of frozen broccoli florets (which I plan on tossing with some crushed-and-sauteed garlic cloves this evening and serving with a little chicken breast and salad).

It’s a small strategic shift — having something specifically set out for produce, and not moving on with your shopping until it’s full — but it makes it so that everything you get after really needs to negotiate for space and importance, and your view of how you should compose recipes totally changes as a result. I have been trying to base my recipes on 60 or more percent veggies, with only a few ounces of meat or starch taking up the rest (unless I’m going all in, like on a steak or a big bowl of pasta, which should and does happen sometimes), and the only way to really accomplish that is to have a ton of veggies on hand, and not much else. The same goes for fruit when you’re considering dessert, and since a lot of really good ones are coming into season soon, all you need is a pinch of salt (yes, lightly salt your fruits, it’s so fucking good) and you’re set for the summer.

Eating right (and cheaply) is as easy as you make it, and the bag trick has made it very, very easy for me.