You Need To Lose Some Friends 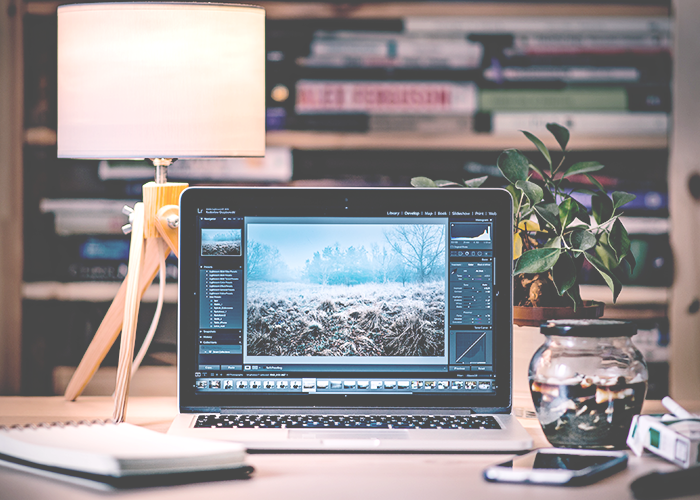 It’s been about a week on social media that we’ve seen this enormous fallout from the presidential election. As someone who considers herself well left of the most recent Democratic nominee, and someone who spends all day every day talking about money and women, I find my points of relative comfort and optimism where I can. Like all of us, this election has served as a referendum on everything we assumed about the people around us, and the social causes we threw ourselves behind. (As someone who only softly mocked, if not tacitly endorsed, a tone-deaf, bourgeois feminism, I feel very much responsible for my part.)

But this has also been a time when we ask ourselves why we are still around so many people whose views we find so deeply repugnant. Many of us have made flippant comments on one social medium about avoiding the other, because it was too full of X opinion or Y sort of person. We joke about dreading going home for Thanksgiving — which we always do — and this year, it has taken on a deeply sinister bent. (My plan to spend the big holidays alone with Marc just because we relatively rarely spend time alone now feels fortuitous, rather than random, though I consider myself lucky in that this election has caused me to find more common ground and positive, productive conversation with my Libertarian family than before.)

There is a strong case for keeping around people you disagree with, and a strong case for getting rid of them. For me, it ultimately comes down to the following question: Is it so taxing on your mental health that attempting to engage in conversation isn’t worth any potential positive outcome? Then yes, delete away. That seems fair, and right. If you are unable to debate issues or attempt to change minds, because doing so degrades you on a personal and spiritual level, don’t feel guilty about purging your feeds. But if you — like me — feel a renewed sense of energy about engaging and discussing and attempting, wherever possible, to find common ground, you should in every way attempt to. And I mean this particularly about the people whom it would really hurt to lose: your immediate family, your close extended family, your close friends, even your partners. If these people are worth your love but bewilder you with political choices, and you feel strong enough to stick it out, stick it out.

But the past week of political tumult and, frankly, horror, has reminded me of something I wrote a while ago about the friendly acquaintances I lost when I begun talking about money. One thing we have learned in this election is that class is still a profoundly complicated and emotional issue, and there are many people for whom even the mention of the axis of money feels upsetting or threatening to their status quo. Two years ago, when I committed myself to writing, talking, and asking as transparently as possible on the topic of money, I realized that it cost me a lot of rather-surface relationships I imagined were different. It was tough at first, but I ultimately left those relationships feeling cleansed and invigorated — recommitted to my initial goal of talking about money in as offensive (rather than defensive) and honest a way as possible.

The bigger lesson there, though, ended up being just how important the first part of any great political or social awakening is. For me, at the time, it was a consciousness around money and class that I’d never before really confronted, but today it might be a political ideology for you. The point is, the first step is not deciding whether or not it’s possible or worthy for you to fight, it’s culling the groups for whom you are considering fighting. Social media is easy to reduce to an echo chamber, and we’ve heard more than enough about the political and social dangers in doing just that. But there is a middle ground between “echo chamber” and “chaotic parliament of people you care about to varying degrees screaming at each other.” If we have hundreds, even thousands, of “friends” on social media, the question shouldn’t be “how do I get all of the ‘bad’ people out of here,” but rather, “how do I decide who is with fighting with (and for)?”

That means, before any engagement, a serious culling of your lists, feeds, and “friends.” It means a radical reduction of the people you include for personal reasons before you decide why you are culling for political reasons. We all live in a world in which nearly everyone we’ve ever had a passing acquaintanceship with — high school people, colleagues from four jobs ago, children of friends of parents, people you don’t even recognize — and the reason we might feel so overwhelmed by the idea of community-building with our so-called “communities” online is because they are anything but. The average Facebook feed is an overwhelming demographic of maybe-friendly-at-best acquaintances punctuated with aunts and cousins and friends with whom we still want to maintain a relationship. And the overwhelming feeling that so many of them might be unsympathetic to who we are as human beings is much more manageable when we reduce our lists down to the people for whom the fight is worthy.

You don’t owe anyone your “friendship,” digital or otherwise. You don’t owe anyone emptily-maintained acquaintanceships simply because you live in the same city. You don’t need a group of people who meant something to you two, five, ten years ago to be privy to every minor update in your life. You have every right to curate your online space as vigorously as you curate your real-life one, and anyone who makes you feel badly for drastically reducing a friend or follower count is not worth listening to. Carrying around dozens or hundreds of people who mean nothing to us only ends up becoming the wet overcoat that slows us, and burdens us, and makes us feel perpetually cold. You are right to want to shed those layers.

If there is a middle ground to be found in all of this, it’s that the culling based on “I don’t care about you,” regardless of political agreement, perhaps makes the political culling more doable. It doesn’t matter that that random person we met one time at a house party agrees with us politically, why the fuck are they still around? What do you care about them? You are much better off having a small, intimate group of people with whom you may disagree, but whom you feel committed to. We all have people we truly, deeply love, whose views make us feel profoundly separated from them. We owe it to them, and our own sanity, to dedicate any social agonizing we may do to them.

You need to lose some friends, because they weren’t actually friends. They were people you knew once, who mean nothing now — and to whom you mean nothing, either. And it’s okay to let each other go.