What Happens To Your Friendships When You Start Talking About Money 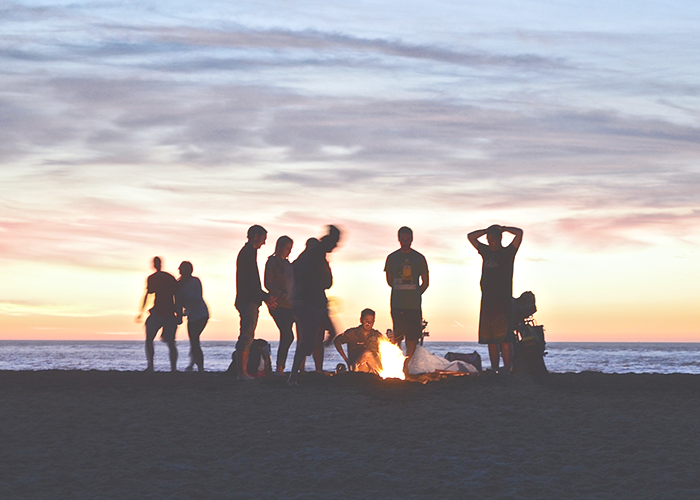 It’s been almost two years since talking about money has been something I do every day. It’s become so natural to me to make financial talk part of my everyday life that I almost never stop to consider anymore how odd it might be to other people. I know, intellectually, that money is still a taboo for most Americans — more so, even, than sex, at least for my generation — but it’s easy to get used to the bubbles we create around ourselves. In my personal bubble, talking about money and personal finance is highly normal, and the people close to me have long since gotten over the shock of me asking prying questions, or sharing hard numbers about my own life.

This isn’t normal, though, on the grander scheme of things, and it’s certainly not something most Americans are looking to do anytime soon. There is so much tied up in money, emotionally, and so much societal baggage placed on our class status, that it can be almost cruel to ask certain people to talk money. If you are in some way uncomfortable, financially — whether that means drowning in debt, earning very little, or simply unsure of how to manage what you have — that means talking about money is inherently a risk for you. And by contrast, people who have a lot of it (our mind maybe goes to the Manhattanite trust fund kid, but it could be anyone, really, who is doing a lot better than the people around them) tend not to want to talk about money, either. There is a lot of financial talk that is about making sure we all fall onto the same bell curve, relatively. If you know that you’re a little too far to one side of it, you avoid the topic.

But even people who are perfectly average when it comes to numbers are often raised to believe that talking about money is inherently vulgar, or impolite. We tend to associate these conversations with either bragging or prying, pride or envy. It seems impossible to just want to talk about money the way one talks about anything else, because we assume it must come from some other nefarious place, or at the very least a needy desire to prove to yourself that you are “normal.”

The fact that I’ve blown these norms up in my inner circle from sheer repeated exposure makes me the exception, not the rule. And even within my own social groups, I can still see that the money talk is a liability for some. The truth is that I’ve lost friends over the past two years, in no small part because I’ve lost the ability to bullshit when it comes to finance.

I had several low-closeness friends who, for lack of a better term, have a really easy time with money. I know a few people you might describe as “novelty rich,” and others who just were able to do things like live in expensive New York City apartments while going to school and doing unpaid internships over the summer. There’s a spectrum of privilege, and while I am definitely on it myself, in places like New York and Paris it is very easy to socialize with people who are on more extreme ends of it. The same is true of my hometown, which is a sailing capital and features all of the WASP-y wealth associated with that life. I worked at the Yacht Club, for God’s sake — I’ve collected a fair amount of “luxury” in my wider social circles.

And before TFD, even if I was peripherally aware of their situation in life, it was something I avoided ever addressing or including in the conversation, because I felt that all money talk was taboo, and that ever acknowledging privilege is destined to come off as jealousy. I didn’t want to paint myself that way, and if that meant going out with someone who would make wild assumptions about what other people in the group could afford to do that night, including myself, that’s what it meant. I kept quiet because I assumed that’s what you did, and when I heard that an unpaid intern was living in a $4,000 a month apartment downtown with another student, I muttered “wow, cool,” instead of asking how they paid their rent every month, which may have made them confront the fact that their station in life was very rare.

Since TFD, though, as money — my own and that of the people around me — has become a fluid and open topic, I make it a point to talk about this privilege. I talk about it in myself, acknowledge it as much as I can, and am the first to double-check to make sure I’m not assuming that someone around me is on the same page vis-a-vis what is an appropriate amount to spend on something. But I also acknowledge this in others. I ask questions, I will stop an ordering for the table if it’s hugely disproportionate to what someone else dining could realistically afford, and I speak openly about the inequality that can so easily exist between two otherwise-equal friends in big, expensive cities.

This has meant, without getting into any open arguments, I’ve definitely drifted from several people I used to be much closer to. I’ve lost friends by talking about money, particularly when it comes to the privilege inherent in it. This might seem sad on a personal level, but it was a conscious choice: I still have several friends I’d consider “extremely privileged,” financially, even close ones. But the key is that they are just as adamant as I am about acknowledging it, being aware of it, and working against it when possible.

Ultimately, I was glad to do this social exfoliating, so to speak, because I’ve learned in the last two years that it is precisely that privilege and inequality that is so crucial to talk about. It is precisely the people who are currently living a life of extreme ease in comparison with the people around them who most benefit from our silence around money. Often, the people with a lot of it don’t want other people to know, and they certainly don’t want them to know where it came from. There is an insecurity to having a lot of money in most circles, because on some level, we all get the unfairness. Everyone is working hard every day, only a few of us are lucky enough to experience serious financial comfort as a result of that work.

And remaining silent about that privilege results in two things: Either there is a constant feeling of awkwardness by the people in the social group who don’t have it as easy, and they are left to feel like the choices they’re faced with and sacrifices they make are some kind of personal failing. Or, as often happens, the well-off people slowly (and perhaps not always intentionally) whittle their social groups down to the people who are on their level, because it’s just so much easier that way. It takes energy, compassion, and honesty — even when it’s unflattering to us — to maintain social groups that are truly class-diverse. And it’s so much easier for us to not even acknowledge class at all, to spend our lives obscuring and feeling ashamed of where we come from, financially, and where we are today.

But it’s not up to the people who have it less easy to just suck it up and accept the awkwardness. It’s not fair that their struggles with money are worn on their sleeves (and their constant having to say “no” to things), and the people who are better off, often by genetic lottery, simply get to bask in the silence around the topic. It’s up to all of us who are comfortable to be open about it, acknowledge the role luck plays, and accommodate wherever we can. We have to accept that everyone is hardworking and serious, and be grateful for our breaks in life.

I have to say that my partner makes a good living, which enabled me to take the risk of starting my own company, and has supported me over the past two years in the months when checks weren’t coming, or weren’t coming fast enough. I have to say that I have a close-knit family who have always supported me and given me a home when I was still figuring my life, or small loans when I needed them (within reason). I have to say that, though I have worked hard, I largely lucked into a life that enables me to earn enough to live in New York City without a college degree or certification. I’m not crazy-rich, especially not for NYC, but I am privileged as shit, and I know that. And if I weren’t comfortable in owning those things, talking about them, and getting into the nitty-gritty of them, maybe it would be time for me to think about why.

But so many people don’t want to, and frankly, I don’t have time in my life to go along with their soft-focus version of the financial world we live in. I would rather have more honesty, even if that means fewer friends.