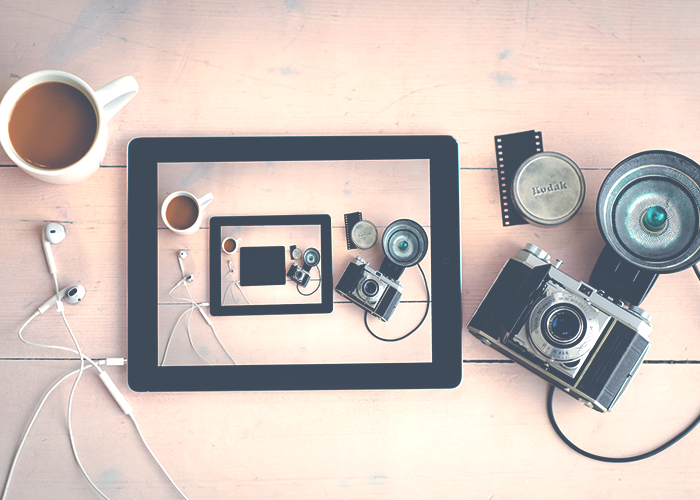 It’s no secret that making a living as a professional creative is really, really hard. It’s hard because the market is competitive, and it’s particularly hard because so many people who are looking to commission the work of creatives — including enormous brands, publications, and media conglomerates — consider the paying of said creative work to be totally optional. And while I have said here before on multiple occasions that I do believe there are completely smart, self-interested reasons for people to do creative work for free (primarily at the beginning of their career, but occasionally when they are more established, too), I also know that the deeply exploitative market caused by all this free work is bad for everyone.

It’s not healthy when media companies valued in the hundreds of millions are being brought to court for class-action suits for unpaid interns, it’s not healthy when billion-dollar brands are expecting their digital advertising strategy to be “giving teens free shit to post on Instagram.” While you may hate the idea of some sexy teen getting tens of thousands of dollars to pose with a bag of weight-loss tea, it only makes it worse for everyone to think that important marketing and, yes, creative work should be done for free.

As someone who runs a website that is independently-operated-and-funded, and whose growth model is “slow and sustainable,” I feel somewhere in the middle of this. We have been open about the fact that our unsolicited submissions are currently unpaid, though we will finally have a small freelance budget this summer, and have always been unequivocal about paying our team (and our soon-to-be intern!), even if that meant Lauren and I not taking a salary last year. I understand that, by the nature of the hard-to-monetize digital media world, there are going to be times when everyone getting paid is unrealistic. But it’s also important that we use our judgment about who could be realistically paying but is choosing not to, because they feel that the creative or team will just acquiesce and do it for free.

And for the record, this happens to us all the time. There are tons of brands and agencies — big, rich ones — who come to us looking for free (or basically-free) work from TFD. This happens on a near-daily basis, and while we are always polite with them, the overriding feeling is one of “Come. On.” But this is the odd market created by so-called Influencer Marketing, wherein popular internet people (or sites, like us) are leveraged by big brands to market their goods/services in a more organic/aspirational way. And most important in this equation, these “influencers” are often not paid anywhere near commensurate with a normal ad budget. In fact, they are often not paid at all. Those young, sexy things on Instagram are often just offered a little bit of swag or an invite to a party in exchange for the cultural clout and free advertising they can provide.

After Digiday recently ran an article exposing the comical dynamics of the practice, Amber Discko — founder of Femsplain and Creative Strategist — started a blog called Who Pays Influencers,  where people can anonymously submit the details of these relationships with brands and agencies. When I spoke to Amber about the project, she told me,

My background is in social/creative strategy. Prior to launching my own publishing company, Femsplain, I worked at Tumblr as a creative strategist, and before that as a community manager for Denny’s Diner.

The idea came after reading an article on Digiday where an anonymous contributor seemed to be disgruntled about an influencer campaign gone wrong. The real problem is that this is a fairly new form of advertising, and with that comes a lack of transparency around what it’s all worth. What does someone with X followers get paid to create original content, sometimes travel, and to share it with their audience? What is an audience worth that took time, energy and money of their own to build?

I based the concept on the already popular “Who Pays Writers” directory so that people who have either created or shared content for brands/companies can talk about what they were paid, for how much, and how good of a client they were to work with. Not only will this help other artists, but it will also help brands become more attractive to influencers.

I believe the main reason why brands work with influencers is because they don’t have the reach or the access to creative talent. For brands with budgets, working with influencers is an easy way to meet usually insane goals set by people who don’t use social.

Ultimately, it’s everyone’s responsibility to practice as much transparency as possible in order to ensure the fairest market possible for creatives. And that means, for us, being as open about what we can’t afford to pay as what we can. Yes, that means looking bad sometimes and running the risk of being judged, but it’s our responsibility. And if we work together, we can create an environment where the people with money are no longer able to get away with not paying what is fair. We can name names, even if we have to do so anonymously, and we can go on record about our experiences so the next person can be more informed.

Sites like Who Pays Influencers and Who Pays Writers are great steps in the right direction, but it’s up to all of us to keep their great work going. So go, push yourself to be honest, and let’s work to make the creative market just a little more fair for the people actually doing the creative work.