What NOT To Do When Your Friend Is Struggling With Money 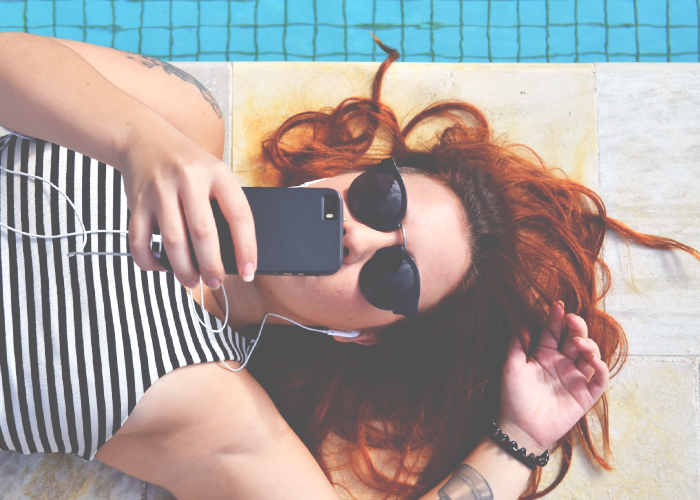 A few years ago, I was living in a condemnable apartment building. Each apartment was equipped with an individual water heater that wasn’t up to code; ours groaned through the night like a motorcycle engine revving its way up a hill. There was rarely enough hot water for a proper shower, and during a two-month stretch of the below-zero winter I spent in that apartment, we had no heat at all. Our power ran through an electrically-spastic switchboard that regularly shorted out; each time the lights flickered out, we had to navigate our way through the pitch black to the abandoned basement of the building and flip the power switches.

My roommates and I had notified our landlord multiple times of the blackouts, broken radiators, and defunct water heater. The super had been aware of our (frankly, dangerous) living situation for months when I finally resorted to calling 311 (the NYC system for reporting neighborhood, real estate, and domestic issues). The responder listened, sighed, and — when I asked what concrete steps I could take to enforcing a solution — said: “You can take him to court. But if you don’t want to take on the legal fees of suing him, there’s nothing that you can do beyond resolving the issue privately.” So we sat and waited another month for heat and hot water. I wore multiple sweaters indoors, walked to my little brother’s apartment to take showers, and shivered under the extra blankets I’d lumped on my bed.

Unfortunately, I still had to spend a lot of time on foot, out in the snow. All the grocery stores, restaurants, and train stations were a 30 minutes’ walk from our doorstep, and the bus line that ran between our food resources, public transportation into the city, and the apartment only came once an hour (and stopped running altogether around 11:30pm). I couldn’t afford cabs, so I was at the mercy of poorly-allocated public amenities. For someone who always got shunted with the closing shift at my service job, these factors made the basic elements of life (food provisions, the daily commute to my job) incredibly difficult, especially when the blizzards began to hit.

At the same time, I worked for a boutique, gourmet food store that catered to the young, chic, wealthy clientele of the West Village. I saw women wearing coats that were worth more than my month’s rent (and once, a woman spent nearly as much as my month’s rent in a single shopping trip). A lot of my friends were also enjoying comfortable, sometimes lavish lifestyles: they ate at trendy restaurants several times a week. They went out on both Friday and Saturday night, buying rounds of expensive cocktails and taking long cab rides (between clubs and back home). They were paying four-figure rents (on time, no less) to live in newly renovated, sleek, spacious apartments in centrally-located, fashionable neighborhoods. These same friends would turn to me and — with a healthy dose of self-deprecation and excellent comedic timing — wheedle: “Oh my gooooood…I’m so pooooooor!”

It’s hard to know how much privilege you enjoy until that privilege is gone. (Lord knows, I probably sounded like an entitled twat when I was earning a steady, if modest, salary. In fact, I PROBABLY STILL SOUND LIKE ONE.) Here’s a few pointers, for those of us who have friends navigating a meagre cash flow.

It’s infuriating. When I was struggling with money and my (very comfortable) friends said this, I would laugh, roll my eyes, and change the subject. I worried that, if they knew where (and how) I was living, I would become an object of lurid curiosity, gossip, and — worst of all — pity. Unsurprisingly, it became very difficult to hang out with these friends. I was resentful of their entitlement, their simultaneous ignorance and disavowal of their privilege, and…their hot showers sans lawsuits, their transit-free grocery shopping, their steady electricity, their five-minute train walks. If you’re comfortable, own it; trying to play down your privilege will only make you seem ungrateful. **Cue the Humble-Brag Soundtrack**

When I was strapped, hanging out with my richer friends was also a logistical issue. Their social lives rotated around unaffordable activities: bars, clubs, restaurants, weekend trips away. I felt like I had to pay in order to enjoy my friends’ company (and they didn’t know about my financial situation, so they continued to structure invitations around expensive nights out on the town). Suggest free (or cheap) activities: hanging out in the park and reading; having a BYOB party at your house instead of hitting the club; grabbing street food instead of dining at fancy restaurant. It’ll show your friend that you value her company, not her ability to “keep up” with your lifestyle.

I’ve never taken money from my friends (though one of my closest friend did offer, when times were at their roughest), and I stand by that decision. Introducing debt into an intimate relationship (that’s already influenced by the power imbalance of “I’m comfortable, but she’s not”) is never a great idea. When you’re financially insecure, you genuinely can’t guarantee paying back loans in a timely fashion; when you’re financially comfortable, you genuinely can’t imagine why (besides laziness or profligacy) a friend wouldn’t be able to pay you back $500 over the course of half a year. Debt (whether emotional or financial, or both) is like fertilizer for the seeds of resentment. Instead, offer your friend a stay on your couch or guest bed; offer to cook dinner and have her over for some wine. If you personalize (and de-monetize) the help you offer your friend, you’ll be able to communicate your concern and care without trapping both of yourself in a financially parasitic relationship.

A friend of mine regularly emailed me job notifications as they cycled through her inbox, and — as a gainfully employed individual with clout and connections — offered to put in a good word with the employers who were reviewing my applications. My friend’s help with the job search struck an ideal balance; she acknowledged my difficult situation, and instead of commenting on it, diminishing it, ignoring it, or pitying it, she simply offered practical help and a leg up. Best of all, I knew — on the receiving end — that this help wasn’t hurting my friend (in the way that a loan would). It took her a few seconds to forward these emails, and it helped me immeasurably as I battled my way out of dire straights.