On My Love-Hate Relationship With Productivity 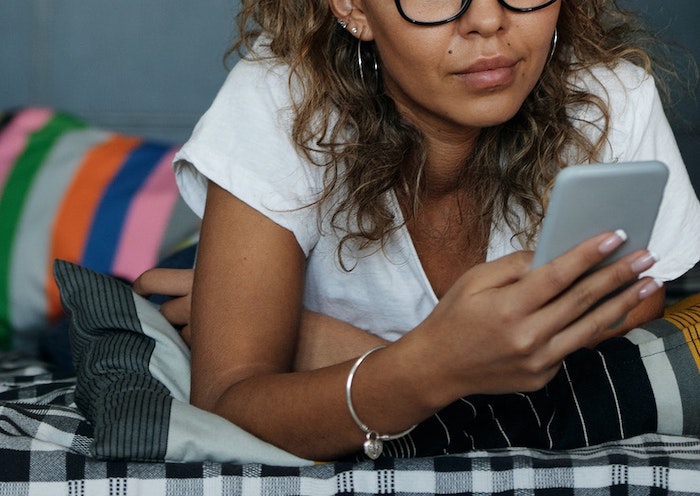 It was the definition of a breakthrough. After months of intense, weekly therapy spent crying on a worn, green couch, I finally said it out loud: “I can’t relax.”

I started going to therapy because of family concerns — mental illness runs rampant in my family — but it led me to my own self-discovery journey and to the realization most millennials in this result-driven world face: I had no idea how to stop the nagging need to be productive. I couldn’t stop feeling guilty about relaxing, to the point that I quite literally didn’t know how to do it.  We’re obsessed with being productive even though we hate it — to the point that it’s become our generation’s mass addiction.

From the moment we were born, we were trained to do it all. Our parents (the majority of whom are Baby Boomers or older Gen Xers) came from the generations where college degrees meant job stability, dream careers meant 9 to 5s with PTO and savings plans, and straight-forward paths to retirement. They wanted better for us, even though they had it pretty damn good.

You know what they say: If you love the work you do, you’ll never work a day in your life. Which is, of course, utter horseshit.

It’s evolutionary, after all. They could afford college and save for retirement and take the family on vacation. They bought the house, filled it with babies, then bought the tools and toys that would set their babies apart, that would make them the best. Toys that taught us how to walk, talk, and learn faster.

When they saw we had a passion or a talent, they harnessed it. An aptitude for violin meant my days were spent in private lessons, my fingers bleeding as my teacher cut my nails down too short. Striving to perfect a Minuet I didn’t care about on an instrument I didn’t love but happened to be good at because that’s what I was trained to do.

We were the generation that went to college (even though we couldn’t afford it), that was involved in extracurriculars, that volunteered in our free time and stayed up until 3 AM doing extra credit or trying to connect with friends, typing furiously on AIM or Facebook chat in order to seek connection. As Anne Helen Petersen says in her popular 2019 essay on millennial burnout, “The end goal of all of this childhood optimization: doing work that you’re passionate about.” You know what they say: If you love the work you do, you’ll never work a day in your life. Which is, of course, utter horseshit.

Just because you love your work doesn’t mean you’re not working. Sometimes it leads to greater burnout because your passion and your means of income are combined. Therefore, your source of creative expression and your livelihood depend on the same thing. Still, we were told if we work harder, fasting, longer, more, we’ll get to the front of the class. The top of the workforce. We’ll be able to control our success and we’ll become the best.

Maybe this sounds as entitled and tone-deaf as the term “millennials” — when used derogatorily — is meant to be. I’m whining because my parents gave me every single resource available to excel. They ensured my time was spent moving forward instead of idling. They made sure I knew the key to being happy was to find something I was great at and be the best at it. The key to a live well-lived was one you could look back on with pride, and the easiest way to measure that? Productivity. How much money did you make? What did you do? Where did you go? And most importantly, what did you accomplish on Earth that made your life one worth living?

Heavy shit, but that’s the message instilled into us from birth. Find something you love, you’re good at, you’re passionate about. Become the best at it. Monetize it. Live happily ever after the end.

The feeling of accomplishment is so fleeting that I’m already looking for what I can do next. We’re afraid if we take a break, a breath, a reprieve, everyone else who isn’t resting is going to outpace us. They’re going to win and we’re going to be stuck behind.

But even after finding things I’m good at, even after finding things I like, I’m always looking for ways to be better. What I can do next to propel me even further. Whether it’s getting a new byline, publishing a piece I’m proud of, or even just checking off a mundane task that has been haunting my to-do list for weeks, the feeling of accomplishment is so fleeting that I’m already looking for what I can do next. The carrot of happiness is always dangling right in front of me, just out of reach.

When we accomplish something, we get a spike of dopamine, the “feel-good” neurotransmitter. For a few fleeting days or hours or even just moments, we feel on top of the world. We did it! We’re awesome! Yes! According to Psychology Today, our brains “receive a spike in dopamine if you promise yourself that you’ll clean out the refrigerator, and then you do. This is one reason people benefit from to-do lists: The satisfaction of ticking off a small task is linked to a flood of dopamine. Each time your brain gets a whiff of this rewarding neurotransmitter, it will want you to repeat the associated behavior.”

The problem is, like with any drug, we start to crash. Sometimes? We don’t even get the rush. It’s just the fear that if we don’t move forward, don’t complete the bevy of tasks we’ve set out for ourselves, don’t become the best, we’re not actually worthy. The rush of dopamine is so fleeting, if we get it at all, that we’re immediately searching for where the next hit will come from. We’re in an addictive relationship with productivity which makes it that much more confusing because of the fear that if we’re not constantly productive, we’ll be even worse off than we already are.

“The pressure to always be going, creating, and moving forward is exhausting,” Kate Stilling said on Twitter in regards to our generation’s constant need for result-driven validation. We feel like if we’re not creating or doing or planning, our time is being wasted and we’re letting life and the possibility of greatness pass us by.

We’re afraid if we take a break, a breath, a reprieve, everyone else who isn’t resting is going to outpace us. They’re going to win and we’re going to be stuck behind. And if in the off chance, we do take a mental health day or (heaven forbid) an actual vacation, it’s not for the sake of enjoyment — it’s still for the sake of productivity. For the sake that we’ll either create or accomplish along the way (our mental health days involve the mundane tasks on our to-do lists like going to the post office or our vacations involve content creation) or that we’ll return to our lives recharged and ready to be even more productive and output even more results.

Artist and writer Jenny Odell argued the obsession with productivity has completely warped our sense of fulfillment and growth. “The point of doing nothing, as I define it, isn’t to return to work refreshed and ready to be more productive, but rather to question what we currently perceive as productive.” Actually being productive might not mean constantly chasing what’s next, but instead, fostering and nurturing what you’ve already accomplished. Practices based on solitude and observation — such as birdwatching, which looks like inaction but hones attention — can help restore individuals who can then help restore communities,” Odell writes as reported by The Washington Post. “That might seem like a self-indulgent luxury for people with time on their hands. But just because this right is denied to many people, it doesn’t make it any less of a right or any less important.”

“It’s not wasting time to engage in leisure activities that are rejuvenating to you,” said speaker and author Laura Vanderkam. Sounds a lot like the famous quote that’s been around since 1912: “Time you enjoy wasting is not wasted time,” doesn’t it? It seems like the actual key to happiness isn’t crossing off items on our ever-filling to-do list, but learning how to let go a little. Learning how to cut ourselves some slack, removing the idea that productivity alone equals happiness, and spending our time on quality projects over the number of projects. Which leads to the real kicker: “How?”

Being productive might not mean constantly chasing what’s next, but instead, fostering and nurturing what you’ve already accomplished.

It’s been my favorite question for my therapist and the reason I’ve been sitting outside in the sun for five hours, researching and typing and trying to figure out why we’re like this. It’s the reason I exited out of my email and my Asana and put my phone inside. I want the answer. I’m desperate for the answer. We all are.

And the worst part? There isn’t a cut and dry cure. There’s no end-all-be-all solution. What works for me might not work for you, and it might not work forever. Maybe it’s spending every Saturday to-do list free or putting aside an hour a week to simply “be.” The way to unwire the desire to always be productive won’t be gone overnight. And we don’t want that drive to fully leave. As someone with depression, anxiety, and ADHD, I need to-do lists and goals to achieve even the smallest of tasks. But when the tasks become overwhelming and the burnout sets in, that’s when it’s time to find your peace.

The truth is: You don’t always need to be doing, searching, striving, and achieving. You can exit out of the tabs. You can put down your phone. You can stop creating and working every once in a while because I have a feeling you’re already good enough, just how and where you are.