On Struggling With Whether I Picked A “Good Enough” Career 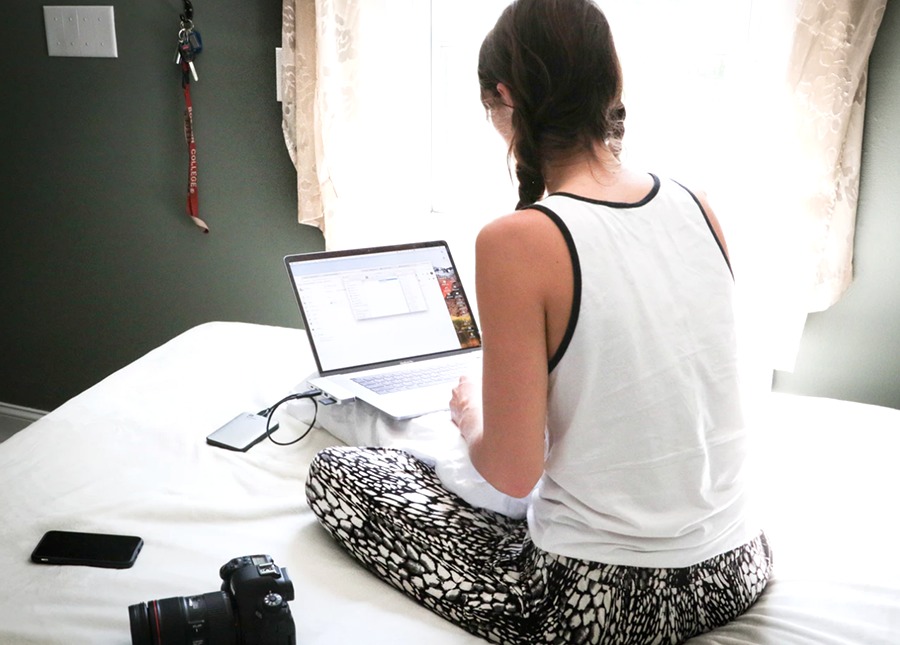 When I was twelve years old, I took my very first flight. My family was going on vacation to Disney World. Although I no longer remember that walk to the plane exactly, I do remember an image that captivated me for life. I was completely mesmerized by the cabin crews walking through the airport. They were all perfectly made up and looked so self-assured walking through the terminal with the freedom to go anywhere. I wanted that.

I didn’t talk about it often, though, because when I brought it up as a career I was interested in growing up, I didn’t exactly get encouraging responses. “That career isn’t stable; you’ll never be home; no one will want to marry you, etc.” (To be fair, the part about never being home is partially true.) So I continued trying to complete my phases of life and eventually ended up on a path of trying to become a New York State English teacher. After graduating with my Bachelor’s, I put off my Master’s, claiming I wanted to pay off some student debt.

I found myself working as a full-time assistant manager in CVS. And as my coworkers and I would talk to each other through the aisles, I often wondered what my life would have looked like if I pursued flying. Later on, I landed a job as an administrative assistant at my college. At first, I was on top of the world. Working in a college meant the promise of future free tuition once I worked past a certain amount of time in the office. However, office politics, general cattiness, and being trapped behind a desk was killing me from the inside. I went to bed asking myself, “What am I doing with my life?” To try and escape, I found myself reading memoirs by flight attendants. I answered my own question when I woke up one morning: I was wasting it.

I finally decided to apply for a flight attendant job. After two interviews, two swim tests, and a month of training — I got it! Three years later, flying wasn’t exactly what I pictured it to be. Being taken out of your life constantly isn’t easy. The perpetual exhaustion of jet lag is sometimes unmanageable. No one ever tells you about the lonely nights you’ll spend in hotel rooms while everyone at home you want to talk to is asleep. There were a lot of things I didn’t plan for. A lot of things I wasn’t sure I could cope with in long run.

Recently, I got a call for a civil service office job, which while having the same pay to start, had a much higher pay long term. I didn’t know what to do. When I was finally faced with a way out of being a flight attendant, I wasn’t sure I could leave. But the promise of long-term stability, retirement, the ability to pay back my student loans and afford a car and an apartment (and not having to choose between the two) drew me in.

Still, I couldn’t make a decision. Thinking about saying goodbye to an entire life made me want to cry. When talking to my father for advice, I started crying thinking about it again. When he asked what was wrong, I finally admitted for the first time to anyone that, in fact, I just love flying. My father took the interview paperwork, and said that settled it. I would be doing myself a disservice to take the other job.

I realize now how right he is. Maybe flying isn’t the highest-paying career, and maybe to those on the ground I could have been more ambitious, but I genuinely love flying. I love the freedom of escaping to new countries every week. I love having friends all over the world. I love exploring and drinking coffee at street cafés. I even love resolving issues for passengers. My bad days often become funny stories and never carry over into the next day of work. I think it’s really important to recognize what you truly love. Sometimes we are afraid to do or take what we want because maybe it’s not as prestigious as what is expected of us, or we aren’t sure the benefits are worth it. But I have found that when you do what you love, your passion will show. More than that, your happiness will set you up for so much more wealth than you can imagine.

Ashley currently works as a lead flight attendant for a European carrier. She graduated with a Bachelor’s degree in English in 2014. Since then, she has been looking for ways to better utilize her degree and finds there is no better use for it than flying. The communication skills it’s given her have been invaluable with the massive amounts of people she encounters on a daily basis. She not only loves flying but loves flying long haul and cannot imagine her life without it.