How One $15 Mascara Turned Me Into A DIY Enthusiast 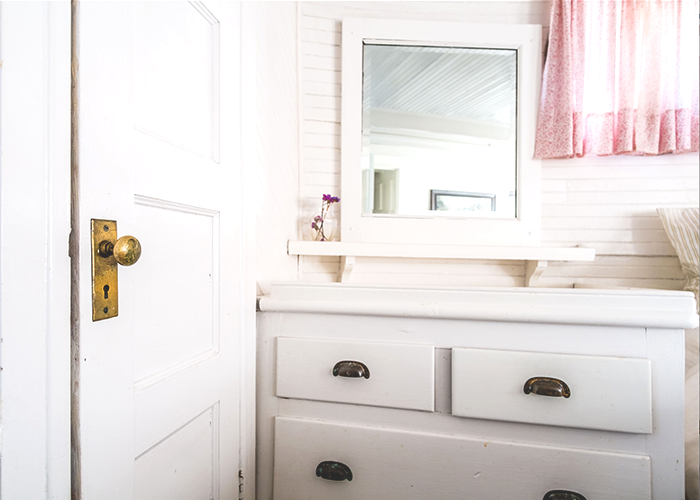 My spring this year was a flurry of single overnight stays throughout Australia, and along with a habit of keeping up with HBO’s latest content, my mascara disappeared into it.

Even though my beauty rituals had simplified early on as a result of a rugged stretch in the Outback, I took an opportunity to replenish my supply during a pit-stop at one of the country’s largest chain supermarkets in a suburb somewhere near the Gold Coast. Nothing about the shopping center or town around it signaled an exorbitant cost of living, so it seemed like an appropriate place to do so. Mindlessly, I marched up the beauty aside and reached for a package of Lash Blast

just before catching its price out of the corner of my eye: $20.40 AUD.

Paralyzed from sticker shock, I spent the next ten minutes analyzing other shelves — aghast at the selection of similar products with similar price points much to the annoyance of my travel companions. It was incredible to me CoverGirl could ever merit a roughly $15 USD price tag, fully doubling what I normally spend in one of the most expensive cities on earth. Yet there it was: on the shelf, then as a picture, and eventually a tweet.

If it also wasn’t for the fact that somewhere else along the way I decided to move to Sydney, Australia’s prices for drugstore mascara would have continued to be mostly irrelevant to my life. But I am moving at the end of this summer, and since that day my mind has routinely trailed off into paranoid thoughts around just how much my personal care budget would have to expand in September. Things like lotion, face wash, shampoo, and toothpaste…were those equally as expensive?

As it turns out, the short answer is yes. Brands I consider affordable, like Revlon, Cetaphil, and Simple are pricey as hell in Australia. Local equivalents do exist, but not exhaustively. With perfumes and cosmetics, there’s almost no way around it…I’m going to have to get comfortable paying more. Largely this is because Australia is literally located a hemisphere away from factories where such products are produced. Its incredible distance and isolation mean transport costs and the general need to stock greater quantities of foreign-made goods (due to 8-10 weeks of transit time once they do sell out) drive up prices.

Months later back in Manhattan, I had an epiphany in the smack middle of explaining all of this to a friend of mine (a bonafide modern-day hippie). It occurred to me this wouldn’t drastically affect her budget, or of those in our crew, for that matter, since almost none of them ever wears a drop of makeup, and almost all swear by the magic of coconut oil

for all things related to personal hygiene. Natural ingredients like olive oil

are often produced in Australia (or in nearby countries) and are readily available at similar prices as they are in the U.S.

I’ve always been skeptical of bloggers who insist their organic and DIY lives are mostly about saving money, since maintaining a robust collection of therapeutic-grade essential oils

does anything but. However, applying such logic to the land down under suddenly makes more sense to me. And plus, slowly cutting back on my personal consumption of one-time-use plastics is something I’ve been working on for years.

So this summer, I’ve spent a great deal of time and energy testing out various recipes to discover which ones fit me best before the move. Thus far I’ve tackled deodorant, lotion, and shaving cream in the personal care space, as well as drain, countertop, and window cleaner in the home care one.

What I love most about my unexpected foray into DIY-dom is how surprisingly easy and fun it is. Being able to create things I need whenever I need them has also given me an enormous sense of self-reliance and pride. How much money I’ll actually save or not save by continuing to do so isn’t really the point anymore. I’ve moved a baby step closer towards living a more mindful life, and for me, that’s invaluable.

Laurin is a researcher, yogi, amateur photographer, and ex-Californienne living in Manhattan who suffers from an acute form of wanderlust. Follow her on Twitter here!