PSA: Your “Act Like A Man” Feminism Is Hurting Everyone 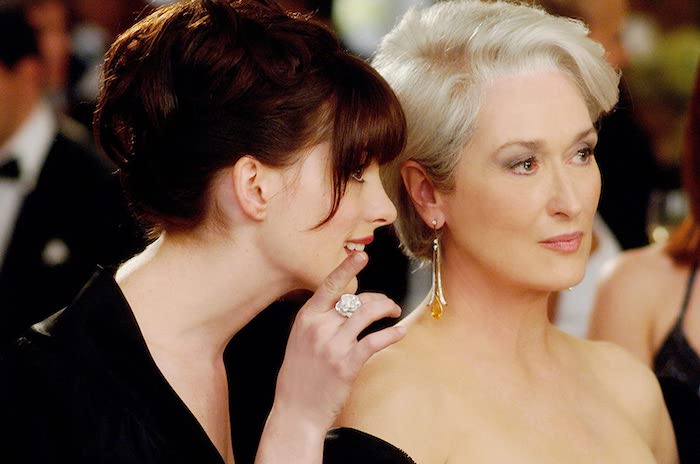 I’m a competitive person. Growing up, I strived to be Number One — in school, in dance class, at drinking games — it was compulsive. It didn’t matter if I was competing at something I cared about (like ballet) or not (like beer pong). I needed everyone to envy me. I needed to be the best. Sure, I wanted to be the best out of everyone, but most importantly? I wanted to be the best girl. For reasons I didn’t fully understand at the time, it felt like if I was the best girl, it meant I could contend with the boys, and if I could contend with the boys, perhaps that meant I was worthy. Worthy of what, I’m not sure. Power? Influence? Space?

At the time, I didn’t notice this competitive nature among other women to fight for the approval of men. It felt reasonable that I wanted to be the best woman in the room because if we’re being honest, there are only so many spots for us in most places. Whether it was in the workplace or in my writing, the more women there were in the running, the more likely I’d miss out on one of the few, scarce opportunities for female success. I either had to be cutthroat and ruthless in my goals, like Miranda Priestly, or meek and mild, sitting back while others triumphed, like Andy Sachs.

Boys, on the other hand, are encouraged to play competitively, which gives them a chance to practice competitiveness — a desirable trait in a capitalist system —  in a healthy way.

It turns out, this is a very real, universal phenomenon — not one that’s limited to competitive writers — called the Sisterhood Ceiling. The idea is, we, as women, stop each other from collectively progressing to avoid being individually marginalized. Basically, “women prevent other women from advancing in the workplace by doing things like actively undercutting them,” London Business School assistant professor, Selin Kesebir, Ph.D., told Glamour in 2018. To put it bluntly: As women, we do feel more competitive, and our competition is more cut-throat because there are simply fewer positions of power for us.

Researchers believe that much of this is a result of how we were raised as girls. As children, girls tend to play more collaboratively. Boys, on the other hand, are encouraged to play competitively, which gives them a chance to practice competitiveness — a desirable trait in a capitalist system —  in a healthy way. So for men, competition isn’t necessarily something that will ruin a friendship. For women, on the other hand, competitiveness can cause strain, partly because we didn’t get the chance to practice it as girls, but also because with fewer spots at the top, competition feels less friendly for women. Put simply, the stakes are higher. And as women, even if we consider ourselves to be feminist women, it seems we’re always competing with each other in a system where competition is necessary but may not benefit our fight for equal footing. All of this is tricky to navigate in itself. But then there’s the matter of race, which makes the issue even trickier.

When Feminism Prioritizes Power Over Equality

We want to smash through, but what we’re trying to break is maybe something we shouldn’t be striving for in the first place.

When Hillary Clinton lost the election in 2016, I was surprised at my own devastation. It wasn’t until a year or so before that that I actually began paying attention to politics, and it’s not like I did much more than just vote in the fight for her presidency. I didn’t go door-to-door. I didn’t petition. I didn’t attend rallies or wear her shirts, or stand outside with signs. I went with my husband to our local grocery store, I voted for her, and that was about it. Still, the night the results came in, and the morning after, I laid in bed crying, feeling like it wasn’t just Hillary who lost the election, it was all women. We were in this together and together, we failed. But, more accurately, it was a white woman who lost, and perhaps it’s white women who keep ensuring women, in general, don’t succeed. Sure, she represented women, but did she really represent women of color?

All of this describes white feminism, a term used to describe feminist theories that focus solely on the struggles of white women while ignoring other oppressed or marginalized groups. “White Feminists do not want equality; they want power. Specifically, they want the same privileges and immunities as White men,” writer Kitanya Harrison notes in her essay published to Medium’s publication for women of color, Zora.  Hence, the problem with competitiveness.

While it might be understandable that women feel the only way to empower themselves in a patriarchal system is through competitiveness, that approach actually makes things worse for women of color. The power-hungry mentality that there’s only so much room at the top and you have to fight your way to get there, reinforces a system that marginalizes so many groups. As a result, many women of color are often delegated to “office housekeeping” roles in workplaces, for example.

Using Oppression To Fuel Your Privilege

There’s a reason the glass ceiling term existed in the first place. We want to smash through, but what we’re trying to break is maybe something we shouldn’t be striving for in the first place. As long as we continue to measure our success against men and view their approval, respect, and word as the end-all-be-all, none of us will ever “make it.” We’ll never truly get a seat at the table because that space will always be reserved for the most privileged among us.

“This is why White feminism is a particularly poisonous form of White supremacy,” Harrison notes. “Its adherents…fully comprehend what it means for oppression to be deeply embedded into the culture, yet they extend that understanding to others only when it serves their ends.”

It’s the same reason the #GirlBoss mentality was completely detrimental, though veiled by good intentions. On the path to success, to beat out the guys, it didn’t really matter that we were stepping on the backs of other women to get there — squashing their dreams with the heels that would make us look professional.

“The gap between everything that successful men took for granted and everything that ambitious women wanted to become outrageous tinder for the girlboss’s fire,” Leigh Stein said her June 22 Medium piece,  The End of the Girlboss Is Here.  “The white girlboss, and so many of them were white, sat at the unique intersection of oppression and privilege. She saw gender inequity everywhere she looked; this gave her something to wage war against. Racial inequity was never really on her radar. That was someone else’s problem to solve.”

Now, in 2020, it’s not just our problem to solve — it’s our duty to our fellow women. It’s an honor to change history, for POC included. As feminists with privilege, perhaps it’s our job to let this notion of success go and embrace equality over power. Inclusivity over exclusivity. The more we thrust each other into positions of influence, pull each other up to the next rung, and support others when they surpass us, the better our chances of reaching a new top. If you want to be an advocate for change, the first step isn’t to post on Instagram or share a Ted Talk. It’s to take a good, hard look with those you surround yourself with and ask how you’re helping. Until we get to the point that there is no “below,” no limit, and no ceiling to any of our successes, helping each other is the only way we’ll come out on top.