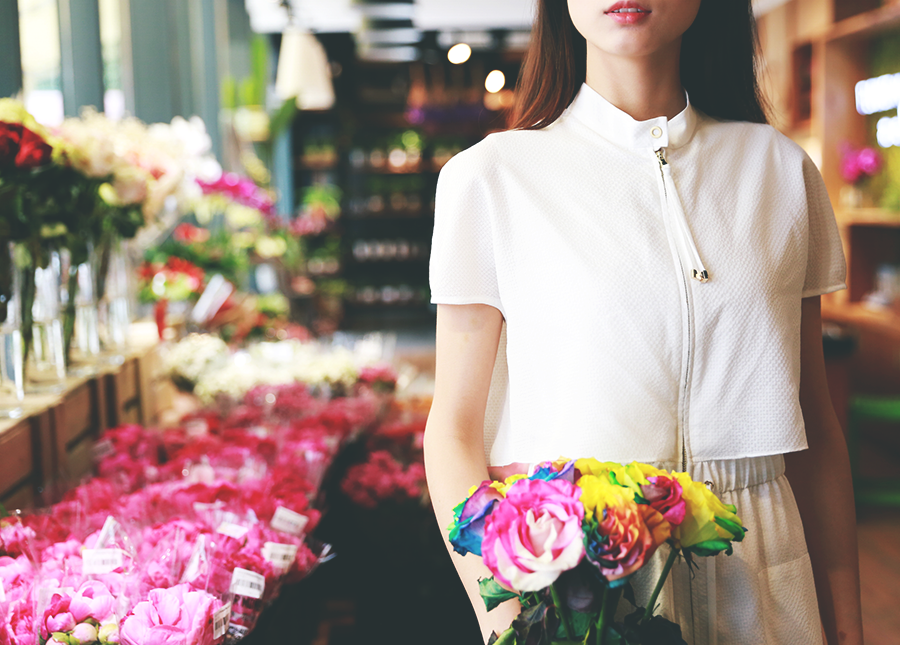 You have eyeliner so sharp it could kill a man. You have heels that let the world know you’re pissed off and ready to own the day. You came here to kick ass and put on lipgloss, and you’re never out of lipgloss. You are a “#girlboss.”

You are a capitalist, consumerist, feminist. Let that sink in for a bit. You are a woman that bought your way to confidence and power (or at least the illusion of it). Your restrictive diet and workout routine are helping condition you to the perfect size 24” waist (#thrive). You wear a shade of berry-mauve lipstick dubbed “Wifey” so that no matter how hard you work, everyone knows that you look good (#slay). You host wine parties with your girlfriends to binge-watch The Handmaid’s Tale (#woke).

I (and I suspect most other women) have been inundated with messages from advertisers telling me that everything I learned in women’s studies was wrong. We can, indeed, have it all, and “it all” no longer means a successful career and a fulfilling personal life. We can live our lives like a Frankenstein’s monster-esque composite of every piece of Cosmo content we’ve ever read — short skirts, juice cleanses, curling wands, smudgy eyeliner, bath bombs, waist trainers, whitening strips. And it’s being sold to us as a strength, as empowerment, as weaponized femininity.

At some point in recent years, the same advertisers that shoved women into darkened corners of shame for not being pretty enough, not being thin enough, not having light enough skin and straight enough hair re-emerged under a sparkly, vamp-red, feminist banner.

Over the last year, I’ve had Super-Feminist Emma Watson’s role as an imprisoned Disney princess suffering from Stockholm Syndrome shoved down my throat; I’ve had glossy-haired women in a Pantene commercial tell me to not say “sorry” so much; I’ve even seen acquaintances fall in with multi-level-marketing (read: pyramid scheme) outfits that have used female empowerment to try to recruit more women to peddle skincare/leggings/nail polish.

How did we fall for this?

It’s a movement that co-opts counter-hegemonic language — the language of resistance, of skepticism, of individuality — for the sake of furthering its own interests. It’s as though creative agencies around the world enrolled in Women’s Studies 101, took half-hearted notes the entire semester and returned to work to ask, “How can I use this to sell shit?”

It’s a not-so-distant relative of the low-contrast, soft-piano kind of Lite Feminism that Dove’s been peddling for the last decade. Sure, it’s more glamorous than Dove’s size-six, freckle-faced, “body positive” revolution, but ultimately it’s got the same message: buy this thing so that you will feel more empowered.

It’s the same kind of movement that tells you you’re “femme shaming” for preferring to watch football and action movies. It’s the shrill voice that pipes in to yell “We don’t tear down women!” when you declare that you didn’t like the latest Taylor Swift release. It’s the movement that took fat positivity and packaged it into a more palatable “body positivity,” epitomized in a Victoria’s Secret ad that featured about a dozen thin, clear-skinned women in bras and the unironic slogan “I Love My Body.”

And it all goes back into our Instagram feeds, our self-care, our daily affirmations. Consumerism has dawned a not-so-subtle veil and found another way to convince us we need stuff.

No, seriously, how did we fall for this?

Advertisements, for years, were the enemy of feminism (and our self-esteem). These were the ads and magazine covers that were criticized for driving us straight to the toilet to hurl up our lunch. We knew what the ideal woman was, and we weren’t her.

Then, something happened. Feminism became cool. It became mainstream. For every Hilton and Kardashian socialite we endured, there was a Tina Fey, a Lena Dunham, a Jennifer Lawrence, a Taylor Swift. It didn’t matter that some of the issues they were addressing were ones that could essentially be summed up as “I didn’t make as many millions as the other millionaires I work with.” They had the platforms, and we had the ears. And brands wised up — they knew they had to win us over.

Because women are still powerful as consumers. According to the Boston Consulting Group, we drive between 70 and 80% of consumer spending and influence 91% of household spending. Even in categories like auto and home improvement, women are proven to have more purchasing power than men. Brands need us on their sides. To put a point on it, they’re not pumping us up now for the sake of being nice to us. It was never about us.

I’ve previously written on TFD about how terms like “shaming” and concepts like anti-femininity are often used to push us into being exactly what society has wanted us to be for the past century or so. Back then I wasn’t sure what the solution was, either. I’d be lying if I said I didn’t still like fashion, makeup, and even pretentious, low-sugar, clear alcoholic beverages with limes on the side.

But I’ve stopped kidding myself into thinking that those things are inherently feminist just because I chose them.

Now, I have accepted that as a single consumer, I don’t have the power to take down the Misogyny Machine, and that even if I purchase a liquid eyeliner pen knowing very well it won’t help me defeat the patriarchy, that purchase is still mostly lining the pockets of powerful men. I can’t pat myself on the back for enjoying these things, even if I am more “aware” than I once was.

But detaching yourself is the first step. Knowing that you can’t buy your way to empowerment will undoubtedly curb the quest to simply consume, consume, consume. When you realize that ticketed wine event isn’t just a middle finger at misogynistic judgment and shame, maybe you decide to stay home instead. When you realize after buying yet another tube of Smash The Patriarchy Red lipstick, you still feel afraid to go out without makeup, maybe you clean out your collection.

When you realize that brands are still trying to tell you which box to fit in — even if it’s a slightly different-shaped box — you become just a little wiser.