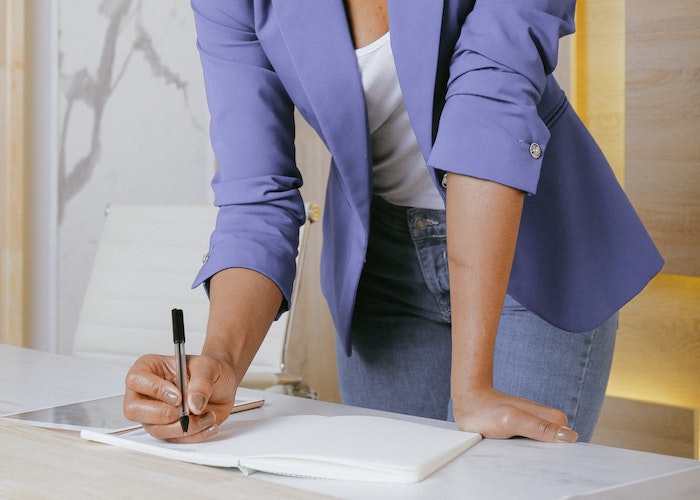 For more than a decade, I believed it was mandatory to spend years doing a lot of unsexy work if I wanted to be successful in my career. In almost every job I had, I frequently took on duties unrelated to my particular role, from organizing storage spaces to picking up packages from the post office. I assumed by doing so, I would prove myself to be humble with a solid work ethic and eventually be rewarded with more impactful responsibilities.

Imagine my disappointment when these efforts went mostly unacknowledged by prior bosses and rarely if ever, translated to work opportunities that were actually beneficial to my professional development.

Whether you’re a college grad searching for your first job or have a decade of experience in your industry, you’ve probably been prompted to “pay your dues” in a similar way during your career. Depending on who you talk to, this could mean taking a low-paying position even if you have an impressive skillset or spending most of your days on menial tasks instead of tackling big projects that give you tangible experience.

Length of time at a job can work against you.

However, in the modern workplace, is the concept of paying your dues still valid? Or is it another outdated trope that could ultimately lead your career to a dead end? I spoke with Latesha Byrd, a career coach and the CEO of Byrd Career Consulting, who says the narrative around “struggling our way to success” needs to go away.

“Times have changed,” Byrd told me. “Years ago, the only way you could break into a field was if you had a four-year degree, got a job and moved up the ladder. Now there are so many opportunities to establish yourself as an expert in your field — more than just time spent in one role.”

In the traditional mindset of paying your dues, the length of time spent in a role is a key factor in career success. The idea is, workers who have paid their dues are deserving of their success namely because they’ve been in that job for a long time. Think about it: How many times have you wanted to apply for a job but hesitated because you “only” have three years of experience, and the job description requires five? Or maybe in your company it’s standard for employees to be promoted every two to three years, regardless of whether they’ve been going above and beyond prior to hitting that mark.

It seems like the norm, but in today’s work culture, time is not the most practical metric for growing your career in a meaningful and strategic way. In some cases, your time spent in a particular role can work against you – and your personal bottom line. Industry experts have speculated that staying at one company for more than two years can decrease your lifetime career earnings by 50% or more. With these numbers in mind, hoping for a promotion with a substantial salary increase at the two-year mark seems naïve at best, and career-crushing at worst.

Aside from getting paid what you’re worth, you probably also want a meaningful career. So it stands to reason that you should think about how to optimize your professional development, rather than keep your head down and take every tedious task that comes your way.

You might think it’s a good idea to be accommodating to your colleagues, but if your workdays are filled with running errands instead of doing your actual job, you won’t gain the knowledge you need to progress in your industry.

Byrd says the best approach to reach your goals is by working on your career, instead of in your career. This means you should have an idea of where you want to be in the next year or five years and seek out real-life ways to get there.

For example, if you’re interested in a lateral move to another department in your company, see if you can shadow someone from that department and learn more about their daily procedures. Or you might want to improve your public speaking skills. In this case, ask your boss if you can take the lead on a few upcoming presentations to help you get more comfortable in front of a crowd.

“Career ownership is important, as well as being proactive about the kind of work you’re doing,” Byrd said. “Don’t wait for someone to give you permission to take on big projects. Take on things that will challenge and stretch you so you can grow.”

She also recommends asking about training and professional development regularly and building relationships in your professional network.

And while being proactive in your career is essential, you can only do so much on your own. You should have regular chats with your boss and other senior leadership to let them know what your goals are and to make sure you’re on the same page.

Find a job that values your professional growth.

If you know the ins and outs of your current role and think you’re ready to take the next step up in your company, you’ll have a hard time getting there if your boss feels differently. This is why Byrd says it’s important to be on a team that recognizes your value and will advocate for you as you progress through your career.

“Are they truly invested in your growth? Are they going to support your needs?” are some of the questions she says you should ask. “Do they recognize not only your current skillset, but your future potential? If you work in an environment that wants you to do well, that kind of support can help you grow even more quickly.”

The bottom line is that you should be in the driver’s seat when it comes to your career. When you’re intentional about where you want your career to go, you’ll find it can be way more effective than the alternative of paying your dues and hoping for the best.

Quinisha Jackson-Wright is a freelance writer who covers finance, workplace culture, and diversity. She has written for the New York Times, Medium, and The Muse. You can usually find her sharing random thoughts on Twitter or her website.