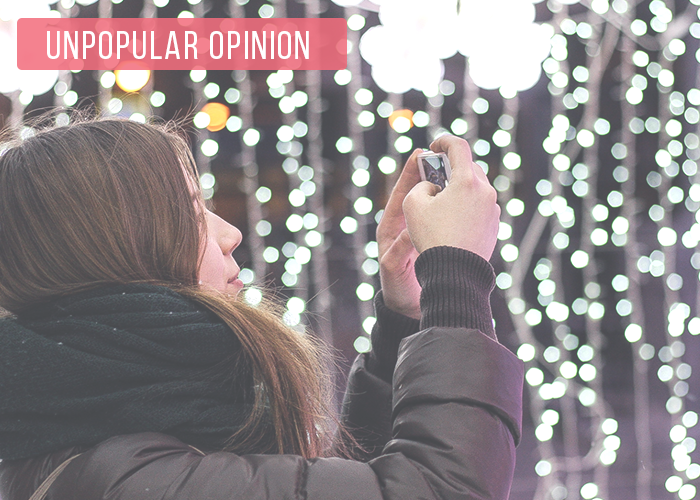 During a night out in San Francisco at a trendy bar, my friend called out to me: “Hey, Savanna! What do you want??” She sat at the bar top and beckoned me to come forward. I was only a few people behind her, in line, so I interpreted her question to mean “Don’t worry, it’s on me this time.”

Little did I know that, come 8am the next day, my phone would glare with the notification “Cindy* has charged you $16.55 for (insert colorful drink name), plus tip.” I felt shocked. My friend never once suggested that I would have to pay her back for what I thought was a gesture of kindness and generosity. It’s partially my fault for assuming that she was covering the cost to be nice, but I could have spared myself the disappointment, confusion, and higher cost (by deciding my own tip, etc.) by waiting five more minutes to buy my own drink.

The application my friend used to charge me (Venmo) is one of several third-party payment apps (like PayPal) that’s become a near-essential for many Millenials. It is brilliantly convenient; it gives us a way to hold our friends financially accountable for nearly all situations. At last, we no longer have to worry about carrying cash everywhere. We’re spared the trouble of having to walk into a bank to pay someone, thanks to third-party, virtual payment apps.

What’s most interesting, however, is that virtual payment apps also allow you to track who owes you money with virtual receipts, rather than the old-fashioned, word-of-mouth “I owe you.” (No more sending a “B*tch Better Have My Money” GIF to get your friend to pay up). It’s a great tool, when it’s used wisely. Some people, however, are guilty of abusing the control that virtual payment apps allow over personal finance within our friendships.

Prior to all of us owning these apps, there was an unspoken agreement amongst my friends (and other friend groups I knew) that we would pay for each other’s rounds and eventually come out even. Before virtual payment apps became popular and widespread, I knew that if I bought my friend’s drink one night, it was because I wanted to do it: Not for convenience. Only for kindness. And I always knew the favor would be returned. This was especially the case when it came to trivial purchases, like fast food or movie tickets. If I really wanted to see my friends, I never had a problem with spending a little bit extra to make sure we could have a good time.

Those moments of kindness that I mentioned above are especially important in times of financial insecurity. There have been times when I was too broke to go out, but my friends insisted upon it, and frequently fronted the cost of our escapades. It meant the world to me. And when it came time for me to take care of them, I delivered. These acts of reciprocal financial generosity — spaced out over longer time periods — are the little things that build trust in friendships and relationships. Of course, it’s important for us to be prudent when it comes to loaning money to others. (When it comes to large purchases or loans, I would hope people are smart enough to have a physically written contract or lease.) Most people I know are still taking paper checks for repayment of large amounts, but they rely on virtual payment apps for literally every other kind of payment: toilet paper runs, work lunches, concert tickets.

Virtual payment apps, while incredibly convenient, are encouraging people to be skeptical of others’ trustworthiness. I now feel immense pressure to pay back my friend immediately. I worry: “What will she think of me if I don’t respond? What happens if you don’t respond to her pay request within the week?” The friendly, unspoken agreement that we “have each other’s backs” has been traded in for an unspoken time limit on when we have to pay each other back. I suspect that, sometime soon, they’ll add the option to charge your friends interest! In effect, virtual payment apps have won a victory for financial security at the expense of our trust in others.

I get it. We’re all out here struggling, and we can’t afford to cover more than our individual, discretionary budgets. My issue isn’t with people feeling that they are entitled to the money that friends legitimately owe them. Rather, I have a problem with the extent to which some people are using a cold, clinical, impersonal app to deal with personal exchanges of money. Whenever I get a notification, It feels like my bank is sending me a reminder to pay off my credit card balance — it doesn’t feel like it’s coming from a friend at all. There’s a huge difference between someone saying “Hey, I got us Beyoncé tickets, please pay me back as soon as you can” and reading a notification on your screen that says: “Robert* is requesting $3.87 on July 14th, 2016 for (insert coffee emoji).” The formality makes acts of financial sharing and generosity feel about as genuine as a Facebook relationship status: is it even real if it’s not on some form of social media?

Allowing a financial cushion (for acts of generosity) is just as important as setting as strict budget. You’re NOT going to go broke if you decide to buy brunch for your friend one time. In fact, generosity should be one of the things you expect both ways in a friendship. If you have that one friend who’s always short on cash (and may be guilty of mooching off of you), then yes, you should probably address that dynamic and stand up for yourself. But please, have some dignity: talk to them directly about it. Suggest splitting the bill, next time you’re both out together. Don’t act like a spend-it-up, shots-on-me baller in public, when really you’re a Scrooge behind closed doors.

I truly feel that those of us who use Venmo excessively are the kind of people that still whip out their calculator to leave a 15% tip — down to the exact cent — for waiters in restaurants. (20% is the standard for good service, in case you didn’t know.) I can respect someone who knows how to mange their money well, but not someone who pretends — in the name of “managing personal finances” — that they can’t afford to tell someone to “keep the change.”

The bottom line is this: if you can’t afford to cover the cost of coffee for you and your friend, then don’t offer to pay. Plain and simple. Don’t be the friend that reaches for the bill with full confidence and then sends an impersonal charge notification three hours later, without any warning or prior discussion that you’re  expecting to be paid back. Times are tough on all of our wallets. But if you really want me to send $2.10 from my bank account to have it sit in limbo for 48 hours, then I’m sorry: You are a stingy asshole. And I will tell you that directly, not through my iPhone.

* The editors have changed these names to “Cindy’ and “Robert” for anonymity.