What Really Happens When Your Roommate Doesn’t Pay The Rent 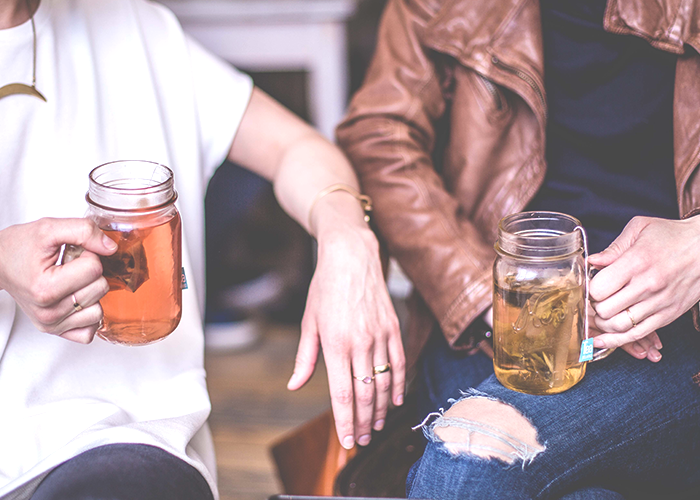 I’ll never forget the nightmare story a girl I knew from college told me concerning her experience living with roommates and paying shared rent. It was a situation that she had once described as a “sitcom-like setting” that was perfect, but it soured into something that was difficult to handle (and an enormous challenge to recover from). She had rented a house along with another girl she knew + a third roommate she found through friends of friends, but whom she didn’t know well at all. Everything had gone fine for nearly a year; while they never got along great and there was some natural tension, it was livable. That was until the third roommate decided to move across the country to pursue a job she got with little notice (like, three days-little notice). Long story short, the roommate up and left before the lease was finished, and didn’t pay a dime toward the shared rent after that.

With such little notice, my friend and her roommate didn’t have time to find an alternate roommate and were left holding the bag for the other third of the rent that was due — nearly $800 per month. That meant for as long it took for them to find someone else, they’d each need to come up with an additional $400 per month, and things were already tight as was.

For them, this led to a few desperate months spent scrambling to pay, and avoiding telling the landlord about the situation for fear that their reputation and credit score would be affected. They didn’t know this at the time, but according to this article “Moving out without the landlord’s permission is a violation of a lease clause, and one co-tenant’s lease-breaking is a transgression for which all tenants are liable.” At this point, as I was listening to my friend’s story, my naive-ass self had my jaw on the floor because I had no idea you could get screwed over like this — I falsely imagined that the landlord would side with the “good” tenants and simply go after the “bad” one. Obviously, I now know that that is not the case, and if all three names are on the lease paperwork, than all three of them are equally responsible for unpaid rent. If the landlord chooses to take action, you need to be prepared to handle it.

In the end, the girl and the remaining roommate decided to move out once the lease contract was up, and got a much less expensive apartment for the two of them to share. Many years later, I now think about this story and try to imagine it happening to me in a city as expensive as New York. How would I handle a potentially financially-damaging situation such as that? Who would I go to? How could I get legal help? If I got paired up with an unsavory roommate, could they damage my reputation forever? In my research, I found some ways you could start taking action if something like that happened to you.

Roommates can decide to split the rent.
First, figure out who is responsible for paying. Check out this article about what to do if your roommate bails. If you are indeed responsible, paying for their share is the obvious short-term solution, but obviously not the most palatable one because who the hell wants to be shelling out more money just to cover someone else’s butt? The thing is, you’re covering your butt as well. If an irresponsible roommate leaves out of nowhere, unfortunately, the rent is still going to need to be paid if you don’t want to get yourself into legal trouble with a landlord. The roommates can decide to split the remaining rent money themselves, or approach the landlord, tell them the situation, and ask if the roommates security deposit can be used to cover some of the expense.

Choose to evict/kick the roommate out.
Maybe your roommate hasn’t up and left without warning — maybe he or she is still living there, but is simply acting like a terrible housemate. If a roommate is disrespecting the space, damaging property, and/or having difficulty paying rent which has a negative impact on the others, you can do something about if. However, that’s usually only the case if your name is the only one on the lease paperwork. If you are the head tenant and the sole individual responsible for the entire rent check, you can take steps to kick them out (for lack of a better work.) There are useful articles where you can read up on getting rid of roommates in more detail here, here, and here.

Gather documentation in case you have to pursue legal action.
This is always an important step when dealing with any kind of difficult situation where you might have to take legal action. Save texts, emails, notes — anything that might help you prove to someone that your roommate was aware of their continuing obligation to pay rent and failed to take proper course of action upon moving out.

This useful article, which talks about the need for documentation, explains it saying “Start compiling any documentation that outlines what each roommate is responsible for and how far behind your roommate is on the rent. This will be needed if you have to take your roommate to court to recoup the expenses from covering their rent or getting evicted.”

Talk to your landlord or property manager.
Sometimes, simply approaching your landlord or property manager can be the most intelligent course of action. If you are in good standing with your landlord and have typically been respectful tenants who pay on time, he or she might try and help you in whatever way they can. One article suggests that landlords might be more forgiving than you would expect, saying, “Some landlords may just say ‘tough’ but many landlords will be more accommodating because they don’t want to go through the hassle of trying to collect from you since you obviously can’t pay in the first place. A good landlord will work on filling your vacant rental before other units to minimize the rent you owe.” Good to know.

If for some reason, a landlord comes after you, it’s important to know your tenant rights, which will change depending on what state you live it. This Daily Worth article provides some good insight into how to handle debt collectors. Rules regarding debt collections change by state, and you can visit this site which catalogs the statue of limitations on debt collections in every state (it’s got a neat interactive map of the US). It’s also useful to know your debt collection rights, which you can read up on here. (I, myself, had an experience with a debt collection department of my old gym, which felt like one of the scariest things of my life. I didn’t realize that my old debt card, which had been deactivated, was tied to the account, and the gym wasn’t getting paid it’s monthly dues.) If you do find yourself talking to those people for whatever reason, you’ll find they’re actually a lot nicer than you might have thought, and simply want to help.

Horror stories like the one my friend shared with me serve as a reminder to always exercise extreme caution when making the decision to live with roommates. While it might sound like overkill to some, it’s important that you treat the process like a job interview and ask for recommendations, proof of income, etc. (There’s a really great sample roommate agreement here that’s worth checking out.) I know some people who even had interviews with “potential candidates” that are more formal, while others who simply go out for several rounds of drinks/dinner to see if they can jive well with the other person. Do whatever is within your power to make sure you’re going in with as much information possible so you feel comfortable signing a lease with that person. In situations like this, I’ve found that it’s always best to expect the best but prepare for the worst…just in case.