“Self-Care” Does Not Mean “Being An Adult Toddler” 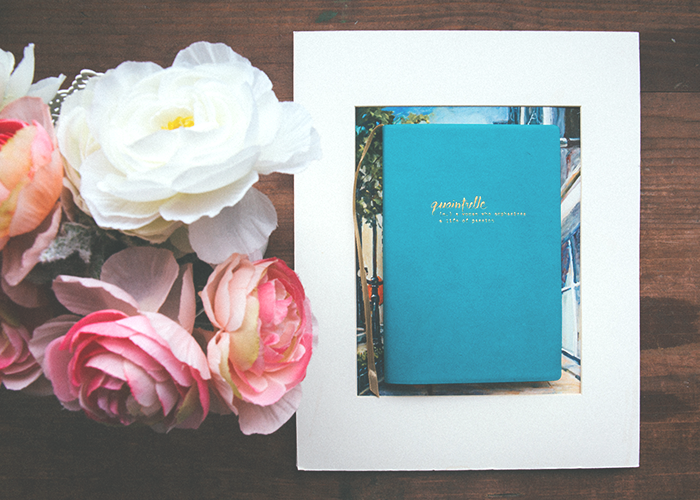 I was reading some TFD comments yesterday when I came across this truly awesome one from TFD regular Summer, on a (great) post about self-care. Without spoiling the whole thing — you should go and read it! — I’ll cite my favorite bit: “The term has become something of a catch-all, a fantastic way to justify basically anything from random purchases to abandoning plans to shirking responsibilities. Just because you’re spending money on yourself doesn’t mean it’s ‘self-care’ anymore than being frugal means you don’t give a shit about yourself.”

I must have knocked over a glass standing up to clap at that, and at the entire idea of the ever-expanding (and often damaging) umbrella of what constitutes self-care in our culture.

You see, over the past few years, there has been a proliferation of “taking care of yourself” advice on the internet — largely on social media, but there are plenty of articles about it, too — that often seems frankly counterintuitive to one’s own long-term well-being. It’s advice that justifies essentially any activity, behavior, spending, or opting out as not just productive but morally right, if done under the guise of self-care. This new, often difficult-to-pin-down version of “self-care” seems to be generally defined as the following:

Internet Self-Care (n): The act of doing (or not doing!) literally anything, regardless of long-term consequences or impact on others, as long as it makes you feel good in the moment.

This warped definition is used to describe any act — cancelling plans, spending money on designer makeup, calling out sick from work, buying a big steak dinner, not responding to people or calling them back — as almost medicinal in nature. The theory is that your mental comfort and happiness are your highest priorities at all times, and anything that impedes them (even things generally considered social norms or professional requirements) are liable to be cut from your life, on your terms. Not answering the phone for a week is, in this language, completely justifiable as “self-care,” and moreover, a friend getting angry at you for that — or even scaling back from the friendship — is all but victimizing you for taking care of yourself.

In the language of self-care, there is only one person: You. And of course, this perception of the world immediately falls apart when we acknowledge that we are all interconnected and surrounded by people who have every right to prioritize their self-interest: friends, family, partners, employers, colleagues, etc. But it’s temporarily satisfying to put all of our decisions through the prism of just ourselves and our own needs, and positioning everyone around us as simply un-empathetic or overly demanding. Aggressive self-care theory is sort of the Monopoly money of emotional maturity: you can have as much of it as you want, but no one else actually takes the currency.

But it’s extremely satisfying in the short term (invoking self-care when we’re about to do anything from make an impulsive purchase to cancel a dreaded plan makes it suddenly feel like we’re doing something wholesome), and I also believe that it comes, on some level, from good intentions. I think that until just a few years ago, our cultural discussions around mental health, mental illness, and prioritizing oneself (especially for women) had been lacking, if not hostile. Women’s lives were so often defined by the people they cared for “selflessly,” and speaking frankly about the mental health issues that may prevent us from living exactly as we are expected to was unheard of. “Sucking it up and getting it done” seemed to be the only prescription for everything from postpartum depression to a bad headache on a work day.

And while it’s undoubtedly a good thing that our conversations around our inner lives have proliferated, the truth is that the “suck it up” method is not only often the correct prescription — going to work when you don’t feel great because you’ll really need that money or those sick days later seems like an easy example — but “sucking it up” is also, in and of itself, often a form of “self-care.” There are many times throughout our lives — throughout our days, frankly — where pushing through an unpleasant task or making the less-tempting choice is the best thing for us, long-term. And running a site about financial wellness, I see that phenomenon play out dozens of times a day. Saving money, not buying that thing that would make us feel good, taking on extra work when we’re tired, living in a less luxurious place than we could: all of these decisions in the short-term can grate on our notion of self-care, but they are all contributing to a much greater form of self-determination. These choices allow us to determine our financial future, much like taking the (sometimes tiring) effort of maintaining relationships and making efforts with people allows us to create a strong, dependable social circle that will serve us enormously throughout life.

The problem with our definition of self-care, though, is that it’s not really about what’s best for us in any macro sense. It’s about what makes us feel good. The idea is that feeling good — feeling relaxed, feeling relieved, feeling pampered or satisfied — translates to mental health. And on a very thin level, it translates to comfort, which may in some instances be the difference between continuing on and breaking down. But the truth is that feeling “good” is only one very small slice of all the emotions we need to experience in order to live a balanced, fruitful life. The American obsession with happiness as an emotional resting state, rather than just one peak and valley among many, is ultimately making us worse off in the long-term. The truth is that no human is going to be happy all, or even most, of the time, and the feelings of dissatisfaction, failure, frustration, exhaustion, sadness, disappointment, and delayed gratification are all equally important to building a longer-term balance.

We acknowledge all the time on TFD that spending money on things that bring you joy or improve your quality of life is very much a part of overall financial health and happiness, and that it can very often fall under a banner of “self-care.” But that is only true when balanced against a much more consistent record of making more responsible, longer-term-oriented choices with one’s money. Otherwise, that spending is simply a pattern of recklessness and self-sabotage, because buying everything we want to sate ourselves when we’re feeling uncomfortable or sad is a) not a solution to the problem, and b) actively harming our future selves and their options with money.

“Self-care” doesn’t, and shouldn’t, mean “what feels good in the moment,” because that is literally the emotional compass of a toddler. Self-satisfaction and happiness, when measured on a short scale, are simply giving ourselves pacifiers throughout our days as if we were teething. And while sometimes a pacifier is useful, and even necessary, the ultimate point is not to temporarily stop the whining — the point is to teach the child how to be okay with not getting exactly what he or she wants all the time. Our personal definitions of happiness should have a horizon that extends way, way past “the end of the day,” because being an adult means being able to imagine our future, and being a mature one means taking a little discomfort now in order to shape it.