Some Thoughts On Money, Tradition, & Giving A Shit On The Day Before My Wedding 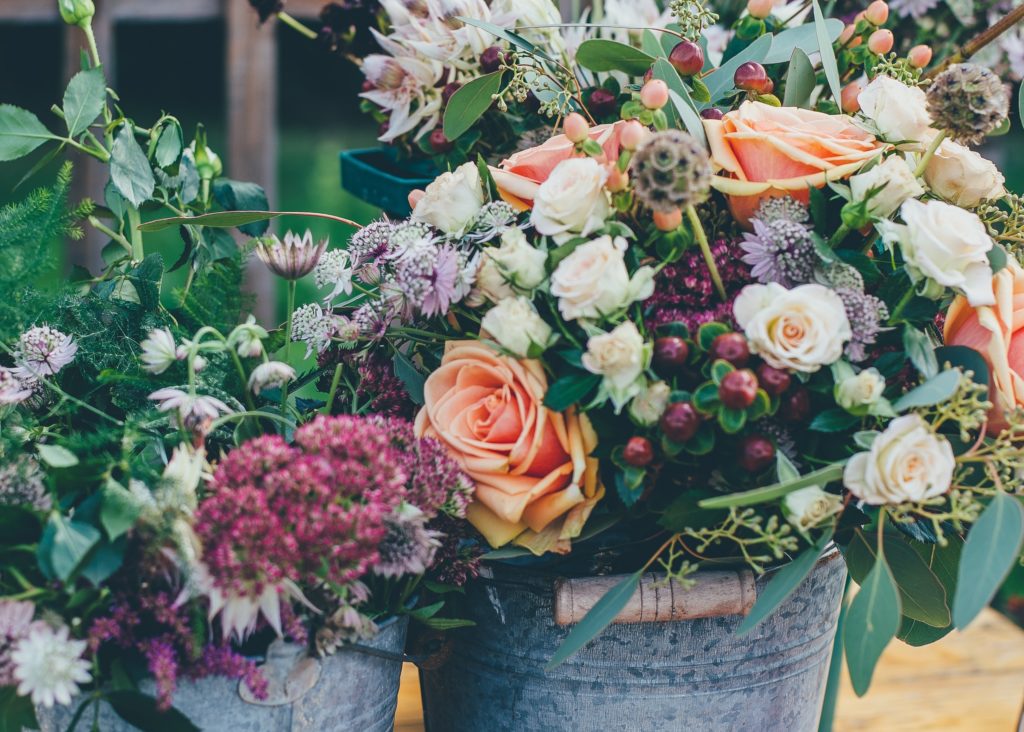 Those of you reading this may or may not know: I’m getting married tomorrow! (Really in five days as of actually writing this, but who’s checking?)

I haven’t written about it extensively because honestly, so much of my life has been consumed by wedding planning over the past year that I didn’t want it to seep into my work life, too. Needless to say, I’m beyond excited and, yes, quite nervous. I’m not big on public speaking, so saying my vows in front of 125 people is plenty nerve-wracking. I mostly still can’t believe that I’ve found my person, and that I’ll get to refer to him as my “husband” and communicate what he is to me with just one word, and that eventually the thrill of that is going to fade, and it’s going to feel like that’s simply what he’s always been to me.

The wedding planning process has contained a lot more surprises for me than I’d have ever thought it would. I’m personally not interested in giving a detailed budget breakdown, because we frankly didn’t budget all that impressively, but I decided to catalog some of my thoughts below. If you’re planning a wedding in the near future, or even just morbidly curious about what the process is like, here are my main takeaways:

You will have a lot of newfound sympathy for people who go way over their wedding budget.

If I thought the wedding industry complex was legit before, I wasn’t prepared for its reality. Full disclosure: my parents are covering the two biggest expenses, the venue and food/drink, as well as the flowers, and Peter and I are taking care of the rest. We are spending puh-lenty, but my parents will have still paid for at least two-thirds of all our wedding costs at the end of the day. And we’re not even going with the most expensive options available.

But, since we’re hosting such a big group, it’s still a steep sum. My parents got a $4.5K discount on the venue fee because we chose a date during the “off-season” (i.e. two days after the end of October, which is apparently peak season), and it’s much less expensive than three of the five other venues we looked at. But that cost alone is still several thousand dollars. We also went with a venue that takes care of their own catering, so that that was one less choice to have on our plate, but that meant we were stuck with whatever pricing structure they offered. And even beyond the big-ticket items we knew a basic estimate of from the offset — the photographer, DJ, and shuttles to and from the venue in Peter’s and my case — I can’t believe how much the little things add up, from wedding favors to DIY decor. I even almost spent $100 on a freaking cake topper on Etsy because I couldn’t find anything cute and just wanted to get it over with (I luckily ended up finding two cute ornaments for $15 each).

Needless to say, with wedding planning, you often end up either throwing money at the process or investing so much time into it that you basically feel like you threw money at it. It’s very easy to squawk at how the average cost of a wedding creeps well into the five figures and judge whoever actually ends up spending that much. And I know you have to go into it being conscientious about the choices you make — but once you’re in it, it’s so unbelievably easy to see how the numbers could add up so quickly. I’m much more sympathetic now to people who go way over their wedding budget, both because of the pressure to deliver a “perfect day” to yourself and your guests and also the exhaustion that comes with planning any sort of big party when that is typically Not What You Do.

Of course, this means it’s even more important than you might think to decide what’s worth it — and what really, truly isn’t — well before the big day hits. Because otherwise, you’re going to find yourself spending money on details that you may not even notice on the day.

It’s okay to think weddings shouldn’t be such a big deal, but don’t be an asshole.

I went into this planning process with total sobriety over the fact that no one else would ever care about our wedding the way we do. We have plenty of friends who live far enough away — whether that means Oregon or Australia — that attending a Vermont wedding this year, especially relatively close to the holidays, just didn’t make practical sense. I have no problem with people saying “no” to wedding invites that just aren’t feasible for them, and I don’t think anyone should feel guilty for not prioritizing other people’s weddings.

But even still, it’s impossible not to take some no-RSVPs personally.  I know that our wedding is just about the two of us, and I’m not talking about people who just can’t make it, but still took the time to message me or let me know in person that they wouldn’t be able to. I’m talking about friends who RSVPed “no” with zero explanation, or simply never bothered to RSVP one way or another. I know it’s tough to say no to an invite, particularly one with such a hefty emotional weight. But I promise you that, most of the time, if you get invited to a wedding, it’s because the couple really wants you there. I think a lot of people might still assume that the planning a wedding simply means inviting everyone you know, but at least in my case — and that of all my friends who’ve gotten married — these invitations don’t go out by accident. I would never expect someone to feel obligated to attend, but reaching out to say when you can’t is just the kind thing to do.

I also understand that some people think that romantic relationships generally, and marriages in particular, shouldn’t be as societally celebrated as they currently are. I once wrote about the very real feeling of relationship privilege, and I totally stand by it. But the thing is, social standards aren’t going to change overnight. If your friend is getting married and invited you to her wedding, it’s obviously important to her. Now, maybe you’re the kind of person who puts their beliefs into practice, and goes out of their way to celebrate their friends’ personal and professional achievements much more so than weddings, showing up at the ends of marathon races and buying dinner to celebrate promotions. But if that’s not the case, completely ignoring someone’s major celebration that they wanted to include you in stings.

You will change your mind about some things, and maybe be surprised that what you want is actually not so “non-traditional” after all.

I never really dreamed about my wedding day. The self-deprecating reason is that I thought I’d never find anyone who I’d actually want to marry who would also want to marry me, which is at least half true. But really, it’s a much more surface-level thing: I’ve never been in love with white dresses and banquet halls and images of what a “traditional” wedding looks like.

When we set out to start planning, I had my heart set on wearing something the entire opposite of traditional white. (PETER IF YOU ARE READING THIS STOP RIGHT NOW, I HAVE MADE IT THIS FAR WITHOUT SPOILING MY DRESS GOD DAMMIT.) I wanted a dress in burgundy, or even fire-engine-red. But I went to a few bridal stores for style inspiration, and I fell in love with a silver dress I tried on. The color is far closer to “traditional” than I saw myself wearing, and part of me felt like some kind of failure to independent women everywhere for choosing it. But the truth is, I’m getting married in the first place — one of the most traditional rites of passages still in existence, no matter what color you wear.

Plenty of parts of my wedding and marriage will not be “traditional.” We’re not getting married in a church, and I’m not changing my last name. My to-be-husband cooks as much as, and arguably better than, I do. But my wedding isn’t an opportunity to prove to the world how individual or forward-thinking I am. It’s simply a wedding (and a heterosexual one at that). And while there has been plenty of pressure to put together a wedding that would still satisfy our more traditional relatives, there’s been an equal amount internally from the idea that my wedding was something to prove. Letting go of that idea has been, ultimately, quite freeing.

Holly is The Financial Diet’s Head of Content. Send her your ideas at holly@thefinancialdiet.com!