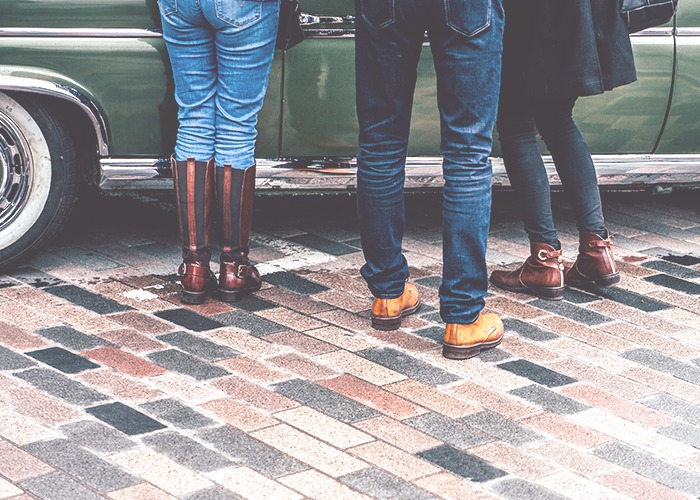 Do you remember how easy it was to make friends in high school? You were thrown together by circumstance or mutual interests. If you went to college, it was probably even easier; you were surrounded by people in your same major, and there were a seemingly unlimited number of clubs and sororities/fraternities to join.

You thought it would always be that easy, didn’t you? So did I.

My first job out of school felt like a bucket of cold water to the face. Gone were the ready-made friend groups. People I thought I’d know forever moved out of town, and my new work colleagues might as well have been from a different planet. I lived far away from family in a small community with only my husband for company. And for a long time, I tried to look at this as a positive. An empty social calendar meant more time to start on my career path and fewer opportunities to overspend on nights out. Plus, as an introvert, I didn’t really feel like I needed anyone else.

After moving to a bigger town and starting work at the same company as my husband, however, I realized I had a problem. We woke up together, went to work together, talked in chat messages all day, went home together, had dinner together, and went to bed together. We weren’t experiencing anything new worth discussing. Eventually, the idea of spending one more evening staring into my peas grasping desperately for a topic of conversation was almost nauseating. I needed to find fun things to do and fun people to do them with.

The fact that not having friends made me so unhappy shouldn’t be surprising, given the fact that having quality friendships is good for your health. It reduces stress, lowers the risk of later-life cognitive decline, doesn’t require special equipment, and doesn’t have to be expensive. The trouble is, I don’t participate in most of the “social” things where people meet (even the free ones). I don’t “party,” and loud music makes my head hurt, so bars are out. I don’t believe in getting overly chummy with co-workers, and I am not a member of a religious organization. My favorite hobbies are solitary ones.

Having no real idea how to make friends outside of college, I turned to technology — specifically, a dating app. Well, that’s only sort of true. I just like freaking people out. It was actually Bumble BFF, the “find friends of your same gender” side of a dating app. Clearly, I’m not the only 30-something struggling. I scanned hundreds of profiles, swiping left and right with a dedication that probably bordered on scary.

Unfortunately, for the most, part I found the app underwhelming. You know what a lot of women in my town love? Yoga and boozy brunches. I also enjoy these things occasionally — but are they what I lead with when I have four sentences worth of space to get someone to want to chat with me? They are not. At least all the similar-sounding profiles made it easier to spot a few nerdy gals who listed interests like “reading” and “playing board games.”

Finding each other was, I think, akin to spotting a lifeboat in the middle of the ocean after a shipwreck: you’re glad to see it, but you’re still alone in the ocean. We clicked and wanted to expand our friend circle further, but weren’t sure how. We started off with a structured attempt by founding a book club. Groups like this tend to be pretty fluid, with slow buildup and high attrition. The core crowd is small, and we’ve struggled to grow. Which is a shame, because the ladies who make it week after week are fun and insightful, and we have great conversations about more than just what we’re reading.

Our organic efforts at widening our social circle, however, have been more successful. All of us and our partners have varying degrees of experience with Dungeons & Dragons, a tabletop role-playing game released in the 1970s. Recognizing our mutual nerdiness, we started playing soon after we met. Membership has shifted over time, and we’ve all started additional groups with people we’ve met or reconnected with. It’s been a fantastic way to get to know others and make badass, ridiculous memories.

One great lesson this entire experience has taught me is to embrace extroverts, rather than be terrified by them. Being friends with just one extrovert means making friends with all their friends. They invite me to the best game nights — and they don’t mind that I may have to retreat into a closet for a few minutes every hour or so. It’s also been important for me to recognize that it’s not about the number of friends I have, but the quality of those friendships. We’ve done a lot and been through a lot together, and had way more fun than I could have imagined. And now I always have something new to talk about at dinner.