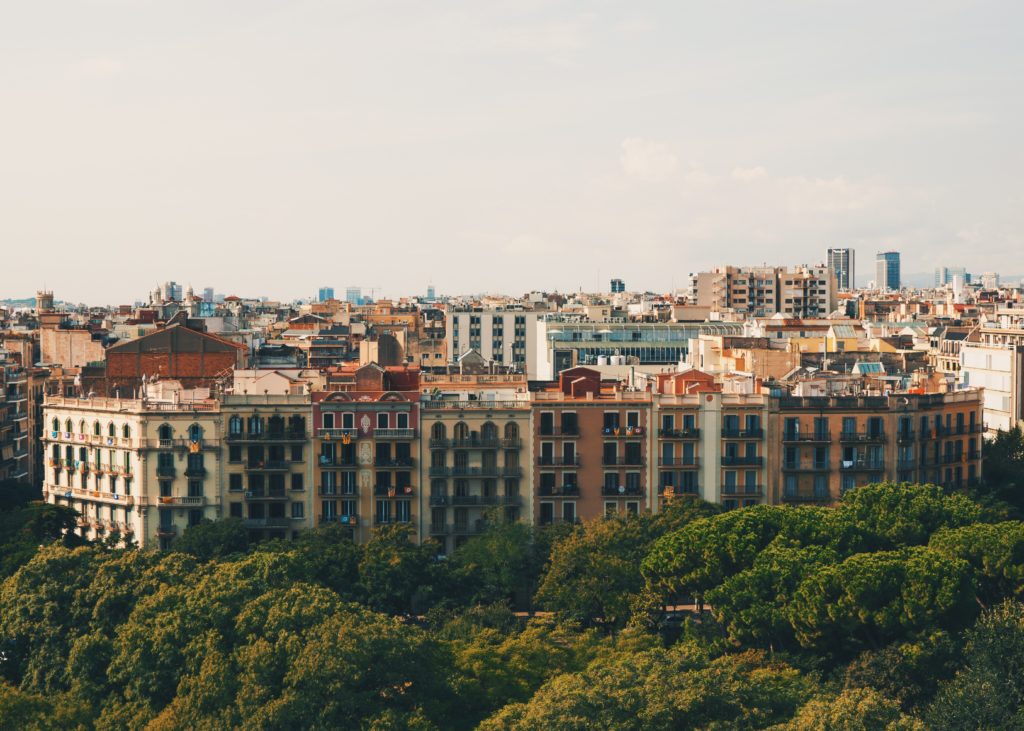 Some experiences make you take a look at the things in your life that feel like “necessities” — nothing more so than moving to a totally different country. In this week’s episode of Making It Work, one woman illustrates how she completely reevaluated her spending priorities, from moving to France and later Spain after growing up in Maryland. If you have yet to watch the video, check it out below:

Of course, you don’t have to move to another country (or move at all) in order to take a step back and take stock of your own life and money priorities. And not all spending trends apply to everyone in one country or on one continent — it goes without saying that not everyone in Europe spends in the same way. But moving abroad does invite pretty intense introspection. Nothing forces you to confront the way you spend money like immersing yourself in a totally different culture — not to mention having to get used to thinking in terms of a different currency. We decided to speak with members of the TFD community who have experienced life in a different country, and how that influenced their spending. Here’s what they had to say:

1. “I put everything on my credit card in the States (and pay it off in full every month!), but when I lived in Spain, I used cash for almost all of my expenses — even rent. Sure, colorful euros can feel like fake Monopoly money at times, but the physical act of going to an ATM to withdraw money and see my balance every time, then having to part with cash in my wallet/coin purse forced me to be smart with how I spent my small monthly stipend.” – Trevor

2. “My situation was peculiar, as I was volunteering and had free accommodation and received a set amount of money for food + ‘pocket money.’ As I was going from France to Croatia, a lot of things felt pretty cheap (some actually were, some were actually average) and I think, had I not had a fixed budget and shared grocery expenses with my flatmates (also volunteers), I could’ve easily overspent. I suck at math and could never quite get around the conversion. I go back often and, to this day, struggle with telling myself 1 € = 7 Kn! Having that set amount and it being more than enough really helped. And it was very freeing, like I never stressed over money and could use my savings to actually travel and enjoy life. Having your bases covered without having to think about it is bloody life changing. And as you can imagine, readjusting was a bit hard and sad! Oh and that feeling of ‘oh things are so cheap here’ didn’t last that long, and if I went to more touristy areas, I would moan about prices I’d never bat an eye at in France. And when I learned things like minimum wage (around 300 €/month), it really showed me how difficult life here could be, more than it was a positive ‘yay cheap stuff’ thing.” – Tara

3. “I did a semester abroad in Torino, Italy during college where I adopted a cash-only system because my bank cards all had too many fees. Every week, I would withdraw the maximum amount allowed by my bank and make all of my expenses fit. I was also trying to fit in as many weekend trips to other European cities as possible, so having travel as a priority really halted my usual unnecessary spending on things like eating out. In fact, eating out was really inconvenient because there weren’t many fast food options, restaurants would close without a schedule and there were always long waits. The inconvenience was immensely beneficial to my wallet (and my waistline!). ” – Karina

4. “Foreign currency feels like funny money when the exchange rate is high. Spent way more on random little things (+clothes and coffee!) while assuring myself I was saving overall from a lower cost of living + infinite FOMO so travel and tickets for events.” – K.

5. “I moved from Canada to the U.K. a year and a half ago, and the biggest difference in money spending for me has been transportation. I used to live in a pretty walkable city; I worked a block from my apartment and about a 10-minute walk from downtown. If I ever used public transportation, it was super cheap. I lived in a zone-free city, which meant I could take any bus to any stop for $2.50CAD. In the U.K., I spend a huge amount of money on transportation. I take two buses to work, which means two monthly bus passes. Add Uber rides, trains, and paying for buses that I don’t normally catch as part of my daily commute, and I find that I’m left with very little money left over at the end of the month. I love living abroad, but this is the one big financial headache I deal with in exchange!” – Jess

6. “I lived in Germany for a few months recently, and it changed the way I saw money even after I left. in Germany, it’s a very cash-based society. One reason for that is due to privacy and people being concerned about their transactions existing in cyberspace, history of spycraft, etc. But also coins! As an American, coins were never important — they were actually a nuisance. In Germany (and Europe in general), coins are super important. You need coins to use carts at the supermarket, use some public restrooms, etc.

“Another thing is that in Germany, tax (VAT) was always included when shopping. So a 10 euro bill at a restaurant was just 10 euro and that’s it, no extra sales tax. that means you could more easily plan your purchases and plan to have the money you needed on you. Anyway, it made me more careful and cognizant to have cash (and coins) on me at all times. I wouldn’t bother going to a store or buying things if I didn’t have the cash, which obviously made me less reliant on credit and actually made me more careful in terms of not going over budget, because it wasn’t so easy to just take out extra money. I had to transfer myself euros from dollars, so that process took a few days and my money wasn’t always accessible. Now, I still try to use mostly cash because it makes me feel better/safer in terms of not being stranded without money. And I definitely use coins more now than I did before (though just quarters).” – Nicole

7. “I only got paid monthly & not fortnightly when I lived in China, so it was a HUGE adjustment trying to cope with bills! Getting paid monthly feels like an eternity!” – Rebecca

8. “I knew it was temporary so I didn’t try to save any of the money I was making (I didn’t dip into my savings but I didn’t add to it either). Instead, I spent money on travel and experiences so I could leave feeling like I got the most out of it!” – Erin

9. “I just recently moved to my home country of Chile, specifically the capital, Santiago, after growing up in the U.S. This shift has done a lot for my concept of money and how I spend mine. I think my biggest challenge has been training myself to think less in USD and more in CLP (Chilean pesos). I just started working at a restaurant and will be doing some teaching on the side, so I will be earning money in CLP soon enough. Since I’m adjusting to how much money I’m going to be earning — which by U.S. standards is extremely low, but here in Santiago is manageable (granted, I live with my brother and give him $100,000 CLP a month, which translates to about $150 USD) — it’s still difficult to wrap my head around. I’ll no longer be relying on my USD savings and will be budgeting differently once I start receiving income in the next few weeks. What’s more interesting and has given me a lot to reflect on is what people here think is ‘expensive’ when it feels actually quite cheap by my U.S. standards. Take for example rent. I was used to spending $300-500 USD a month and have one or two other roommates (for context, I used to live in Milwaukee, WI). Here, that amount could easily get you a nice studio apartment and then some. I think once I get more and more acclimated, I will start to think more in CLP.” – Carolína

10. “I moved from the U.S. to the U.K. and have started buying a lot more store brands since moving here. Most grocery stores here are at least 80% own-brand products, branded stuff will be absurdly expensive compared to the own-brand equivalent, and there doesn’t seem to be as much of a stigma against buying the cheaper own-brand stuff here (i.e. it’s not seen as a ‘poor’ thing). I used to spend about $35 a week on groceries in the U.S. for myself, but now I spend £13-15 a week (about $20).” – Deirdre