How I Spent Almost $1,000 Trying To Save My Relationship 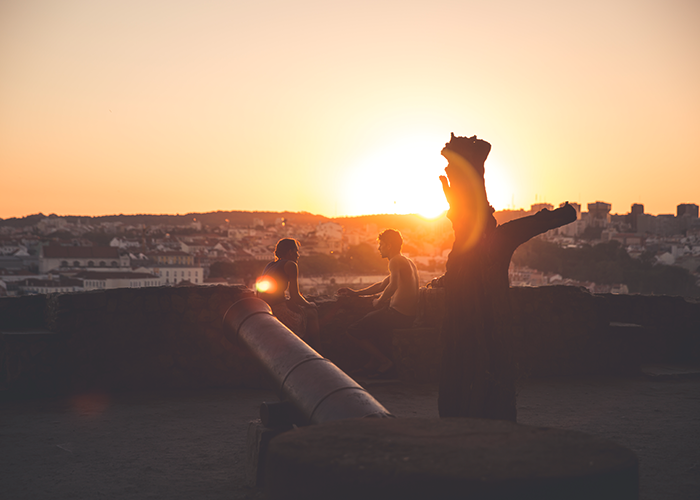 During the time I attempted to salvage my dying relationship, I spent more money than I ever imagined. Yup, you read that right. I know a lot of us talk about money we spend on self-improvement, or even the cash we palm directly to Ben and Jerry post-breakup. But what about the money we spend by simply choosing to stick around even though our relationship is already headed downhill?

I’m talking about that “comfortable” phase. It’s that point in a relationship where you’ve been together for so long that bathroom doors stay open and dinner is an integral part of your day’s conversation — sometimes even the highlight. This is the turning point for many relationships. It’s where people either make the leap into life-long commitment, or break it off because the excitement is gone and never coming back.

In my case, I was with someone for four years, and spent the penultimate year of said relationship in the “comfortable” phase. There were many “Netflix and chill” nights that turned into “Netflix and iPhone nights.” I knew that this wasn’t a good sign.

We were totally stagnant. And I was afraid of giving up on something I had put so much time into (in your twenties, four years can feel like a long time). Also, yes, I had feelings for him and a longing for the connection we used to have. So in a desperate attempt to “reignite the spark,” my then-boyfriend and I chose to make every evening date night. I commissioned every listicle I could find with adventurous ideas on how to live a more “exciting” life and make love last — and tried out as many as possible. Here are just a few examples:

(*Costs were split, but at the end of the day, it’s still money I didn’t need to spend.)

I now realize all this spending should have been a red flag, but I was in denial. I believed I could force emotional compatibility by preventing boredom and making us feel like we were “dating” each other again. I justified my irresponsible spending with cringe-worthy Instagram captions like, “The couple that [drinks/tries new things/eats/travels/goes broke] together, stays together.” We definitely stayed together, but we damn well weren’t happy.

Like most couples who stay together well past their expiration date, we had irreconcilable differences that we fought about daily. He wasn’t into the idea of marriage. I hated his friends. He thought my desire to be a writer was a “phase.” No vacation, no dollar amount, and no level of codependence could change any of these feelings permanently. All they could do was distract.

It should be obvious that money can’t buy love. I knew that. Yet I was still convinced that I needed to make this work because of how much time I put into it — years of sharing our lives, families, and secrets –- so I was willing to do anything to keep us together.

This led me to my last resort: Couple’s Therapy. It took learning the actual price of couple’s therapy for me to snap out of it. $250 for one session (and that is the cheapest in my area) — yikes. Was I really prepared to spend even more on this relationship? I loved him, yes. But I knew love is sometimes not enough to ensure a happy future. We had issues that we couldn’t handle talking about on our own. Maybe I was in over my head for wanting to drop money on something like this before marriage. But after four years together, I foolishly assumed we always considered that our goal.

I ended up backing out on going to counseling — not because I didn’t love him, but because deep down, I knew it wasn’t going to work. We cared deeply for each other, but simply weren’t compatible or destined for a future together. Also, it seems a lot of people opt for couple’s counseling as a means to an end, knowing damn well they’re still going to leave, but they don’t want to say they didn’t “at least try.” I hate the thought of assigning a price tag to our relationship. But if we couldn’t figure out how to co-exist on our own, then it was probably in our best interest to not put money towards a very hypothetical future.

I cannot speak to the success of couple’s therapy because I made the decision to not attend. I also have never been married, but I can absolutely understand why thousands of people choose to invest in counseling. When you have a legal binding (because let’s be real, at the end of the day, that’s what the M word is) and family on the line, there’s far more at stake than simply not being “bored.” So while I can’t speak to the value of couple’s counseling, I can tell you that “trying to make it work” can often cost more than just your feelings.

It’s a hard pill to swallow, but relationships are work. However, when that “work” constitutes dipping into funds to salvage a dying spark, it’s time to evaluate if your relationship has a future worth saving.