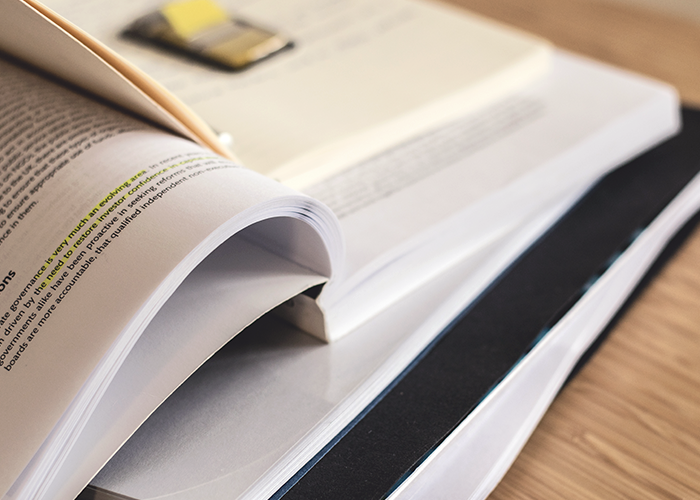 I am turning 20 years old this year. I just finished my first year of university. I have over $7,000 ($5,189 USD) in my retirement savings, $12,000 ($8,896 USD) available credit, and a credit score of 744 (out of 900). I did this all myself. Although I struggle sometimes with over spending on expensive campus lattes and buying too many drinks at the bar, I have set myself up to be financially successful, and hope to achieve a sizable down payment to buy a home shortly after graduation.

Firstly, I must admit: I live in Canada. University is quite cheaper here (yearly tuition is about $7,000-8,000, or $5,189-$5931 USD, for my Bachelor of Arts degree), but still daunting without the help of parents. When I was twelve, I noticed my parents sometimes struggled to manage money, and so I realized there would be no help from them, financially, when I went to university. I made it a personal goal to pay my own way through school. I got a job at 15 at McDonalds, and I spent nearly every dollar I made. After a year or so, I “upgraded” to the local movie theatre where I still could hardly bother to save…whoops.

About another year passed, and I was ready to work somewhere better, somewhere professional. I just barely got a job at a furniture store, as a Front Office Associate. It still paid basically minimum wage, but I got better hours, and could wear my own business casual clothes. I also got a co-op at a bank in the eleventh grade, which helped me later on (you’ll see!).

Soon, I was in grade 12, and had to decide what to do with my life. I wasn’t ready to make a decision, and took some advice I’d gotten from a friend’s mother: That a gap year is the best decision one can make. With a gap year, I had big dreams, such as the idea to move to England on a working visa for a year. A the height of this fantasy, I told my mom I was going to London, and she assumed I meant London, Ontario’s University. She was very excited, until I explained I actually meant moving across the North Atlantic Ocean. After deciding England was much too pricey and far from the comfort of my own small town, I abandoned my dream of moving somewhere so far away I would have to buy outlet adapters.

Instead, I stayed in my small town, bought a dump of a vehicle, and got myself the best job I could find: full-time, retirement-matching, minimum wage. It was kind of awful, really. I worked at an efficiency-driven outsourcing company — they paid minimum wage, with a chance to raise my earnings with incentives in the form of bonuses if I exceeded quotas. Safe to say, I made minimum wage. Working full time (at least — often I ended up working 50+ hours), sleeping a lot, and getting into an all-too comfortable routine, I watched as my friends were partying at their university residences, cities away. I could have looked for a better job, too. I bought and maintained my own car, and I could have driven to any city to work. Instead, I said it was noble to make minimum wage, it was me “earning” my way…I now really wish I looked for a better job.

On my 18th birthday, I sat down and filled out a credit card application. Usually, a starting limit is around $500 for people so young and lacking a credit history. I asked for $1,000. Weeks later, I was approved and a shiny new plastic card was mine. I made mistakes; nearly maxing out some months, but always managed to pay it before the three-weeks-long interest-free period was up. My credit card had no annual fee, but high interest, and I’d be damned if I was going to pay any interest or fees if I didn’t have to. I used my credit card for everything, and I thought of it like a debit card (that I would have to pay off). I got into the habit of making a payment with every paycheck, which worked out to be bi-weekly for me — which ensured I was keeping my balance well below my credit limit, and that I wasn’t paying interest.

So, I worked my minimum wage job for a while, convincing myself that this money would be saved…which took me a while to figure out. For a while, I treated myself, telling myself I could always pay it off, there is always next paycheck. This is the hardest financial habit I’ve ever had to break, and sometimes still struggle with.

Eventually, I applied to school, and got accepted with a small, one-time scholarship of $2,000 ($1,484.40 USD). I applied and got accepted very early — by December, nine months before classes began, I was locked into that school. I ended up going to a commuter school in North Toronto, just about an hour south from my home town. The bus takes about two hours, so I was originally planning to move to Toronto and sell my car.

With the reality that I had nine months to come up with savings to last me as long as possible (thinking it would not be possible to work too much during school), I gave it my all; working up to 60 hours some weeks, attempting to get bonuses offered by my company for performance, and even at one point getting a second job. I believe one week I worked about 75 hours between the two jobs, rushing from one to the other, hoping to sleep as long as possible. I also looked into saving on taxes, which lead me to RRSPs (Canada’s 401K-type of account). I set two up, one of which I invested in when doing my taxes for the year prior, lowering my taxes owed significantly. The second was with my employer, where I set up an automatic 10% deduction from my pay, plus the 2% matching they offered: I was saving 12% of my income automatically.

On top of this, I got serious about budgeting, and learned to live well within my means — saving more than 60% of my income (which should not have been hard with very little expenses, but I am a sucker for a good pair of shoes and a dinner and drinks out with friends — the drinking age in Ontario is 19). In the nine months between accepting the universities offer and starting school, I “hustled” and saved over 8 grand — not too shabby, but could have been a bit better (my realistically unattainable goal was $15,000, and this would have required a much lighter spending routine than the one I was addicted too).

So, there I am, nearly September. I realized if I was going to move out, I needed a lot more than basically the cost of tuition. My $1,000 credit card served me well, and I assumed I had decent credit, so I went to my bank (the one I co-oped at). At first, I was denied any sort of Student Line of Credit, for lack of income while in school. I freaked out. Eventually, with my connections in the bank that I made a few years back at my high school co-op, I got approved for an additional 9 grand. The financial advisor was very proud of me for my credit score: she was presented with an A+ on the automated system. I left the bank a happy soon-to-be student that day.

This loan, although I have yet to touch it (after deciding to commute from home like everyone else), served me very well. First, as I mentioned, I got close to maxing my credit card much more often than I’d like to admit. A factor in a credit score is Credit Utilization, or, the percentage of your available credit that you use. Since I only had $1,000 available, using the full $1,000 wasn’t great. With this additional $9,000 loan, I could max out my credit card (although I never did again) and still only be at 10% utilization. Another note on credit utilization: even when I was nearly maxed, I always paid what I could before the statement date. This ensured I was not paying interest on purchases made within three weeks, and that my max out would not be reported to the credit bureaus.

I took money from my hard-earned savings to pay for books and the rest of tuition not covered under my scholarship and Ontario’s student grants. During my first semester, I made the mistake of trying to work too much. At one point I had a weekend job, plus I was doing a contract at my old employers where I was working 4pm-midnight, or 8pm-midnight on days when I had classes. As a result, my grades were not the best, but my bank account was mostly replenished to its former glory.

Second semester, I vowed not to take another contract, and only work one casual job (the weekend one). I applied for an Amazon credit card, wanting to take advantage of the points I would earn on my spending there. I read reviews that said they gave low credit limits, so I expected $500. I got $2,000. I now had quite ample savings, $12,000 in available credit (I never have to worry about my credit utilization again), and I checked my credit score online, an “excellent” 744 (out of 900).

So, although I struggle with bad spending habits and no have financial support from anyone, I still managed to work hard and control my spending to attain a fairly healthy financial situation. This summer, I am working at my university’s Research Office as a Data Entry Clerk, hoping to further my savings and prepare for another year of tuition, books, and lattes.

Lorissa Davis is a second year York University student. She dreams of writing movies one day. Follow her on Twitter here.