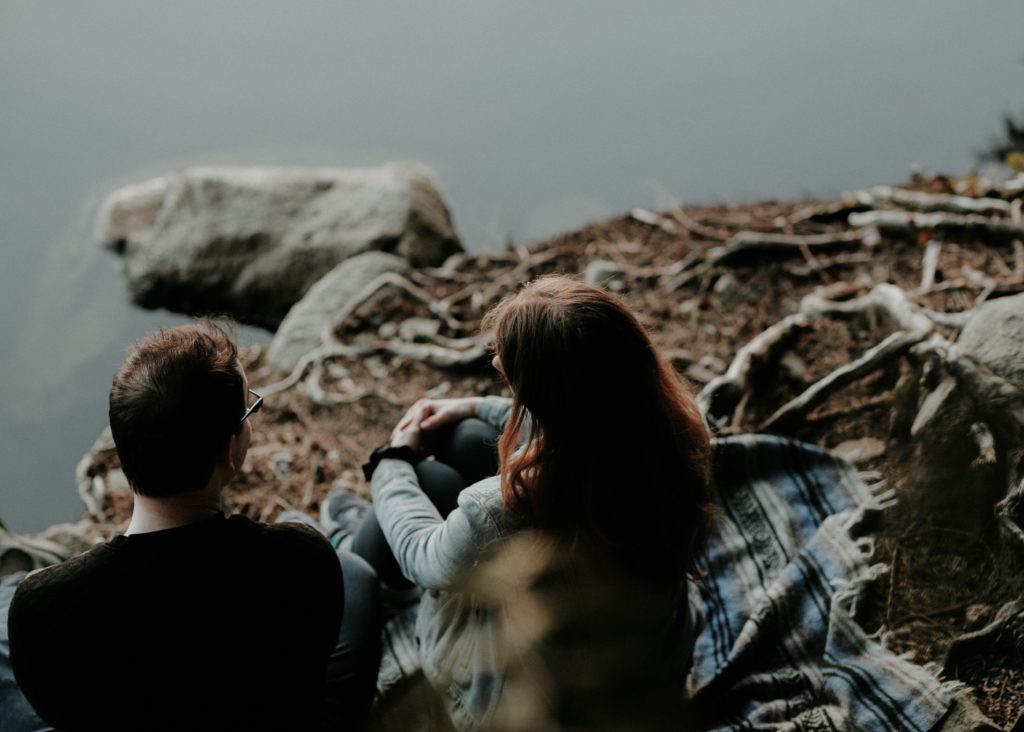 My mother has always been a frugal woman. However, this was not without reason — it was simply a side effect of unexpectedly becoming a single mother to two young girls, 9 years apart (thus making child-rearing an even longer marathon).

I remember getting into fights with her, when I was younger, about her thinking we were poor when I knew we really weren’t. But I had failed to see the years before me, when we really were in trouble, and how the penny-pinching might not just go away once there were more pennies. Although I didn’t understand it, I mostly went along with her financial advice. I saved half of the money I got for birthdays and Christmases, held part-time jobs starting when I was 15, and went to a state school instead of the private university I’d had my eye on. (Now that I graduated and understand the real weight of student loans, that last one is the biggest relief.)

However, when I was 19, I betrayed the biggest of my mother’s commandments for personal finance: don’t tell anyone (boyfriends, friends, even family in some cases) how much money you have saved. I started dating a boy I met at freshman orientation. I was in love, convinced I was going to marry this person, so I figured it was safe.

The summer after I told him, we were semi-long-distance, as we were both at our respective homes between semesters. We would take turns visiting each other for weekends. I made a few mistakes with him that summer. The first: I was a waitress, so my busiest shift of the week was Saturday night, which I would frequently take off because I felt like I needed to work around his camp-counselor schedule (a Monday-Friday, mostly 9-5 job). This was the first sign that I was prioritizing someone else’s money situation before my own. I could (as I did, at the time) write it off as it being easier for me to take off than it was for him, but I secretly knew the real reason. I felt pressure (real or imagined) from him to rearrange my schedule for him because I thought otherwise I would be a burden or asking too much or being a bad girlfriend.

The second, and more distressing to me now, mistake was allowing our shares of our “finances” (mostly just going out to dinners) to become grossly skewed. I made more money than him, and I had done so throughout the entire time that I had known him. He knew how much money I had saved at that point, and much like I had not seen the work that went into my mom elevating our financial status after her divorce, he had not seen the effort that went into saving that money. When deciding who would pay for a meal, he would frequently reference my bank account: “But you have so much money!” First I would reply, “Right, because I don’t spend it.” But as it became obvious that my reasoning fell on deaf ears, my rebuttals became scarce, and I ended up footing the bill more than half the time. That summer, I ended up burning through the $1,000 in my checking account.

Although this may not be the most costly financial blunder I have made or may ever make, it is the most regrettable. I prioritized someone else’s needs and desires over what I knew was best for my long-term financial health and for the work that I had put into building a nest egg. (And it was someone else that I was not tied to legally, or had even been dating for that long.) I had ignored my mother’s warnings, and she — as usual — was right. Whether my now ex-boyfriend purposely manipulated me into paying for more things because he knew I had the capability, or if he also exaggerated the depth of our connection and believed we should live as a married couple who picks up for the other’s slack, the end result remains the same. I was out more money than I should have been, and as anyone else around us could have clearly foretold, we broke up.

The time after our breakup shed light on how frequently I ignored the little voice in my head asking me why I had to use my hard-earned money to fund our restaurant habit when it was a choice we both made. I have since realized that I should be completely in control of where my money goes and that I shouldn’t feel guilty for having more money than a partner or a friend, especially if that guilt is making me consider bankrolling them for something completely unnecessary. (If he had not been able to afford food, period, perhaps the lesson from this story would be different.) Since this experience, I am mindful of how much I share about my financial standing with loved ones — whether it be good or bad. I help, quietly, where I can, but mostly keep money talk separate from my relationships. When I am ready to share the specifics of where I’m at financially with a partner again, I will do so more discerningly, and take time to think about what a fair share of financial responsibility would look like before just diving in.

Nikki is a writer, photographer, and waitress living in upstate New York. She is currently working on an ethnography that explores the relationship between waitress and customer, and the different social structures that uphold these interactions. In her free time, she is either reading anything she can get her hands on, making jewelry and scarves for ScigStitched on Etsy or trying to get her cat to hang out with her.