The Difference Between A Happy Relationship & An Unhappy One? 50 Pounds And $12,000 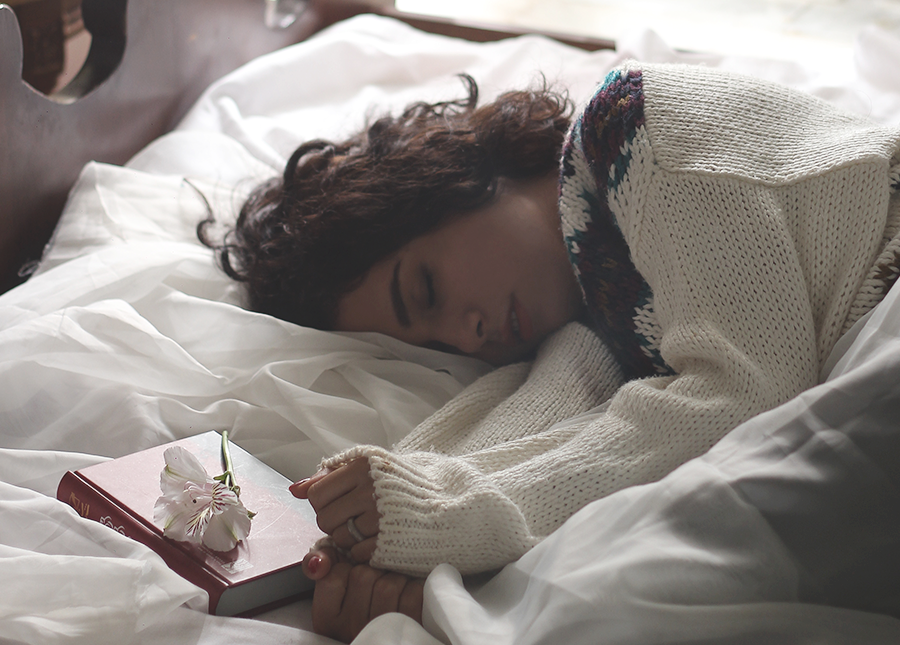 I got together with Anne about a year ago, when I was at a very low point in my life. When she met me, I had just ended a very unhappy relationship, I was 50 pounds overweight, I had almost no money left in my savings, and my apartment was kind of a mess — just like my whole life. (I won’t bore you with all the details. You all know how romances work. I just want to say here and now she’s the best and most genuine person I’ve ever met, and her presence changed everything.)

Three months after Anne and I started dating, she encouraged me to establish a monthly budget (yes, we talked about finances early on). I went through my bank statements, and I realized that I recently have been saving about $500 every month without even trying. At first, I put it down to Anne’s frugal lifestyle and shared costs, but then I started to dig a little deeper. Obviously I had spent it on something.

What had I been buying with that $500 per month? Where had that money gone? To answer that, I have to get back to my ex-girlfriend. You know, the unhappy relationship I just ended before I met Anne. Let’s call her “Winnie” for anonymity’s sake. Winnie and I got together during a time of her life where everything went well. She had just gotten a new job and moved into a new apartment in a new city. She was funny and attentive, very interested in everything I wanted to share, and we spent a lot of time just talking and getting to know each other. But after a while, things started to change.

It was subtle at first — small things annoyed her, not just about me, but about everything. She started complaining about her job, about her neighbors, her colleagues, her family, her friends, about life and how everything was just so disappointing. She wrote me tense little messages during the day. Everything seemed to annoy her, and after a while, she made it clear that our relationship was also a constant source of disappointment to her. I wasn’t passionate enough. I didn’t miss her enough. Did I even want to be with her?

So, I did what any girlfriend would do, and I tried to get her out of what I thought was a bad place. I encouraged her to try out new things. I tried to support her hobbies, to be more invested in her interests. I texted her nice things whenever I thought of her. I bought her stuff. I tried to show her new places and people. I listened when she complained about not having something, and then I would get out of my way and buy it for her.

Of course, nothing worked. It only got worse. My words were the wrong words. My gifts were the wrong gifts. My activities were not what she wanted. The places I showed her, the people I wanted her to meet made her feel “inadequate,” which made her feel angry. She wouldn’t get loud or yell at me, but she started to sulk for hours or days and she kept writing vague little tweets about people who were “so fake” or shallow little liars or broke their promises. Whenever I asked her if any of these were about me, she would deny it, but when she wrote stuff like “relationships are so much better in fiction than in real life,” it was pretty hard to believe her.

Whenever I tried to talk to her about how much she hurt me and how much I wanted things to be better, she would become angry. She would tell me I was being an insensitive jerk — didn’t I realize what she was going through at the moment? Also, why didn’t I love her enough?

For two years, I kept trying to make it work. I wanted the woman I fell in love with back. To be honest, I thought that was the real Winnie, and she was just being trapped in a very bad place. I kept waiting. I thought if only she had a better job…If only we’d lived closer…If only she had nicer friends…If only…

Eventually, I realized that I was waiting for something that would never happen. THIS was the real Winnie, and the one I had met during our honeymoon phase had been a fluke. It didn’t matter what happened, and it honestly didn’t matter what I did or didn’t do, as she would complain about everything. Nothing ever satisfied her. So, I walked out of the relationship, humiliated and angry, but mostly relieved. Life, I decided, had the potential to be great, and it wasn’t my fault that she didn’t realize it.

That was about a year ago. Now back to the present day. Shortly after I had ended things with Winnie, I got together with Annem who is the single most wonderful woman I have ever met. I lost 50 pounds, we just rented our first apartment together, and things are looking swell. And for most of the year, I’ve been saving additional $500 every month that I seemingly didn’t have before, without raising my income. You may be asking, “Where did that money go?” The answer is really mind-bogglingly simple. I had been spending all this money every month to make a miserable relationship more bearable. Here are all the ways I tried to buy happiness, and how much it cost me:

1. Driving. Nobody’s fault, but Winnie and I had a long distance relationship for the first 1.5 years, and we met up almost every weekend. I probably spent an additional $70 to $100 each month for gas and train tickets.

2. Food. Pretty obvious, I know, since I also gained a lot of weight during my unhappy relationship. But seriously, I spent SO much money on food. First, I tend to eat my feelings. And second, it was the one thing we almost never fought about. Winnie loved good food, and we ate out constantly. Even when we stayed home, we ordered takeout or we bought really expensive treats. We never had a simple breakfast, but we had “brunch” every other day. It included salmon and really expensive French brie. Whenever we ate, it seemed like a break from fighting, and Winnie was content for a short while, so it seemed like a good idea to just…eat as often as possible. But well. It wasn’t. I now spend about $200 less on food than I did back then. Anne and I enjoy cooking vegan and also, we don’t always need food to have a good time.

3. Alcohol. I am very ashamed of this one. We had wine with almost every meal. Now Winnie wasn’t an alcoholic — that was actually on me. After we started fighting about every little thing, I realized things went a lot smoother after sharing a bottle of wine. Or two. Or three. A while into the relationship, I started to develop insomnia and tachycardia (anxiety-induced, my doctor concluded, and he was probably right, since it stopped as soon as we split up), so I thought it would be a great idea to drink even more wine, because it calmed me down and made me feel sleepy. Yikes. After the breakup, I stopped drinking alcohol completely for a while just to see if I could. Now I drink it only on special occasions and try to stick to one glass of wine, which works out fine. I never want to go down that particular road again. All in all, I spent about $100 each month on alcohol.

4. Movies. We went to the movies almost every other week, even if there wasn’t a film we actually wanted to see. But again – it was an alternative to fighting. Going to the cinema adds up. In Germany, the tickets are about $17 per movie and of course, we also order popcorn, snacks and drinks – well, you get the picture. I spent about $50 each month for two movies neither of us wanted to see, just so we could spend time together without having to talk. Sounds like a great relationship, right?

5. Gifts. Oh man. I don’t know why, but I kept buying her little things to make her happy. Books, earrings, kitchen supplies, chocolate truffles, the list goes on. But here’s the thing: it never made her happy. Of course it didn’t! We should have actually talked about things, but whenever I tried, we started fighting again. Instead, I kept quiet and bought her things. There’s an important life lesson: don’t buy things to make someone happy. The truly important things in life are for free.

This all added up to the aforementioned $500 monthly, and adds up to about $12,000 over two years that should have gone into my savings. They say you cannot put a number on love and happiness…well, I can. Because the difference between an unhappy and a happy relationship, to me, has been a staggering amount of money.

Frederica prefers to write under a pen name.