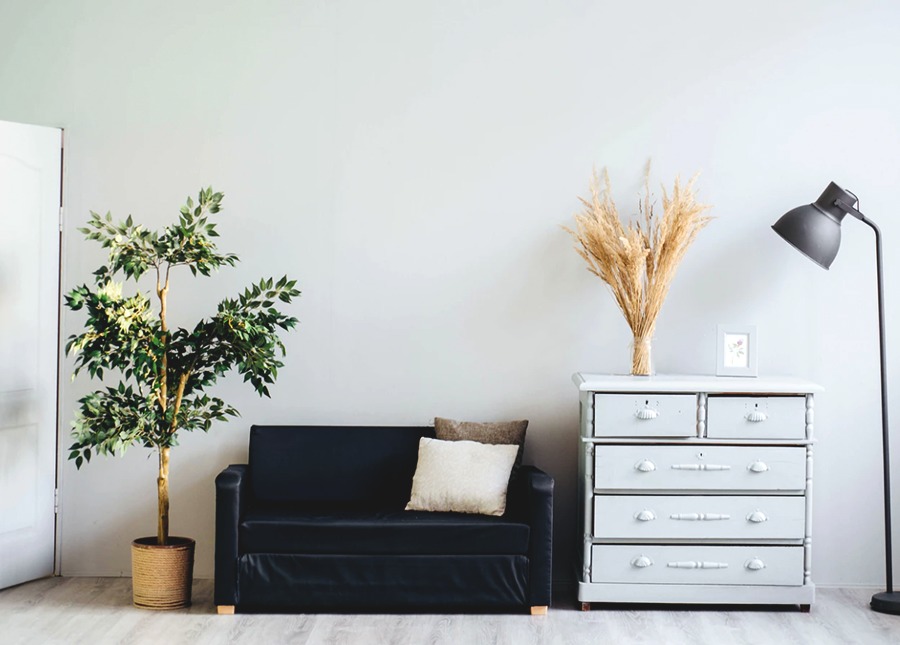 Screwing up your finances is one of the most horrifying things that can happen during your adult life. Although nobody is perfect, the reality is that one misguided decision can have a tremendous effect on a person’s future. And when the negative outcomes of those decisions spiral out of control, it can lead to some dangerous situations. For instance, I’ve made many, many money mistakes in my life — several of which I’ve written about on this site. But none of those mistakes haunt me as much as one decision from several years ago that placed my financial stability and safety at risk.

The story begins back when I was a college student on the hunt for housing. I desperately wanted to live with my good friend, Kylee*. Initially, Kylee suggested we share an apartment together for $2,200, but I couldn’t afford to spend $1,100 on rent. I felt discouraged by our apartment hunt and considered applying for student housing instead. In retrospect, this would have been a smarter long-term financial decision. But, of course, my 20-year-old self was far more concerned with satisfying my social needs than my practical ones.

One day, Kylee came to me with an idea: Instead of going with an overpriced apartment, we would go bigger. The plan was to rent a house and fill it with more people to make living expenses cheaper. She pitched it to me like it was going to be one big, happy reality show. And while I’m pretty embarrassed to admit it, I was immediately sold on the idea. (To be fair, Jersey Shore was also really popular at the time.) We would do our homework while sipping wine outside in our beautiful backyard. There would be barbecues all summer that we’d talk about for years to come. Plus, we were going to save money! What could possibly go wrong?

After touring the location once and meeting only three of the seven potential housemates, we agreed to sign the lease. $7,200 per month. To be honest, I’m not sure how I deluded myself into believing that shelling out $850 to occupy half of a bedroom was “a steal.” However, in effort to pretend like I was a responsible adult, I used my lump sum financial aid check to pay ahead for three months of my rent. I continued this pattern for the rest of the school year. This meant I never really “felt” that money disappear. Plus, I remained optimistic by justifying all the perks that came with the house. I was now within walking distance of my campus. I had a view of the ocean. And best of all, we had our own washing machine.

But eventually, on any given day, the general vibe of the place was somewhere between an unkempt hostel and never-ending spring break party. In other words, it wasn’t a functional place to live — and it didn’t take long for things to take a turn for the worse. Around December, tensions were rising among all the housemates. Of course, that’s to be expected when cramming nine twenty-somethings under the same roof, but believe me when I say the situation started seriously getting out of hand. Some memorable issues included people having sex in the only downstairs bathroom during most hours of the day and night. There were other problems too, like people smoking cigarettes indoors, neglecting to clean up their messes and, the most criminal of all, stealing food. I wish I could say we all handled these disputes like rational adults. But after my car was mysteriously scratched days after sending a text asking about a missing container of hummus, I knew it wasn’t going to go down that way.

I was finding it increasingly difficult to justify staying there. I constantly joked about it with friends to convince myself it was fine. Yes, I had to remember to label my hummus immediately if I ever wanted to eat it, but hey, I was saving $300. (Technically, that money went directly toward my other bills, so I never actually saw that savings.) And it wasn’t like I was totally alone in the house with a bunch of strangers. I had Kylee, who had a patience level I could only hope to develop over a lifetime of serious meditation. All I had was a fear that I had paid close to $8,000 to hide for nine months spent in one small corner of an entire house.

There were just over two months left on the lease when everything came crashing down. One morning, two police officers greeted me at my doorstep as I was leaving for class. It turns out one of my housemates had been accused of a serious crime, and they needed to interview the rest of us as witnesses. (For the sake of privacy, I won’t go into details about the exact nature of the crime. However, I’ll say it was serious enough to make me realize there was absolutely no way I could stay living in that shitshow any longer.) That evening, I stuffed my suitcase with as much clothing as it could fit and headed for my friend Maya’s* place, six blocks away. I spent about a week sleeping on the floor of her bedroom before her housemates rightfully became annoyed with my presence and asked what my plan was. Of course, that was the problem: I didn’t have one.

Remember how I had paid my rent up front every three months? Well, I had no way of getting that already-paid money back. And my part-time jobs weren’t going to make me enough money in time to put a deposit on a new place to live.

I returned to my former home one day to chat with one of my housemates, Mason*. He was the guy responsible for collecting the rent money from everyone. I explained to him that I had been gone for the week because I didn’t feel safe anymore. I also mentioned that I wanted to find a subleaser to take over my spot for the final two months so I could make up my loss. He laughed.

“I don’t really get why you’re worried since he (the roommate dealing with the police) hasn’t technically been convicted of anything yet,” he said. “There’s only two months left on the lease. If I were you, I’d just stick it out and avoid him.”

Avoid him. I was at a loss for words. Mason’s advice was to continue hiding in my own house. Nevermind that one of the women who lived with us had already placed a deposit on a new place because our problematic housemate made her uncomfortable. On top of that, Kylee had started sleeping over at boyfriend’s so often that I rarely saw her. She wasn’t even around when the chaos ensued. I didn’t have those options.

Despite what Mason said, I tried to find a subleaser anyway. I put an ad on Craigslist and hoped for the best. No bites. Not one. I was caught between two terrible choices: stay and potentially risk my safety, or walk away from $1,560 that I would never see again, with nowhere to go. My savings balance was barely above the threshold where the bank starts charging fees for having an account. For lack of a better word, I was fucked.

Eventually, one of my coworkers noticed I looked severely stressed and exhausted at work. After nearly breaking down when explaining my situation, she graciously offered to help. I slept on her couch for an entire month and a half before I had enough money to stand on my feet again. Between all the double shifts I picked up that month, I must have worked between 25 and 30 hours during the weekends alone. The only time I went back to the house was on move-out day to retrieve the personal belongings I left that I felt were worth keeping. And once I found a new roommate whose personality and livelihood was a better match for me, I paid my friend back for her kindness and never looked back.

I share this story because that year would have ended differently for me if I didn’t have a friend who was willing to save me in that moment of crisis. I know not everyone has the privilege of help, and every time I reflect on this experience, I realize how lucky I am that I didn’t end up living on the street. But more importantly, I know now this situation could have been avoided had I been more careful with my decisions — especially when they involved my finances.

The truth is I didn’t pay several months of rent ahead of time to prove to myself that I was responsible. I did it because I didn’t want to think about it. I lived like I was destined for this negative, self-fulfilling prophecy, wherein I would always struggle financially. If I ever came upon what I considered “extra” money, I spent it. To be honest, I didn’t even consider saving to be a real possibility for people who weren’t already wealthy. I thought I had to have all the resources in place first — the right career, a degree, a certain amount of disposable income — before I could even start feeling like I was allowed to form a long-term plan.

But in reality, there is no rulebook that says you have to be at a certain point in your life to start thinking strategically about your finances. I started getting serious about saving immediately after I left that scary situation, even though I hadn’t yet secured a new home. Years later, I make sure a portion of my income goes toward developing a fund that allows me to make those adult life decisions with confidence. If you’re interested in taking that step to better prepare for your own future, Wealthsimple makes the process super easy and stress free. It takes less than 15 minutes to start building a personalized investment portfolio on their platform that lets you connect with money experts who can help you reach your goals.

Remember, the scariest things that can happen to your finances might not be some expected. Whenever I look back on this horrific situation, I feel an immense gratitude for what I have today. It’s so easy to say paying for things we don’t want to pay for sucks, especially emergencies. But when you have specific funds set aside to comfortably care for yourself — whether it means buying a tire when yours pops on the freeway, or securing a deposit on an apartment — suddenly paying for those things isn’t so annoying. It’s as if the very act of paying for an emergency on your own becomes a constant reminder of how far you’ve come with your money, and to a greater extent, your mindset.

Learn how you can protect your tomorrow by investing today with Wealthsimple.

*Names have been changed.