Why I Had To Spend $9,000 Before I Invested In My Mental Health 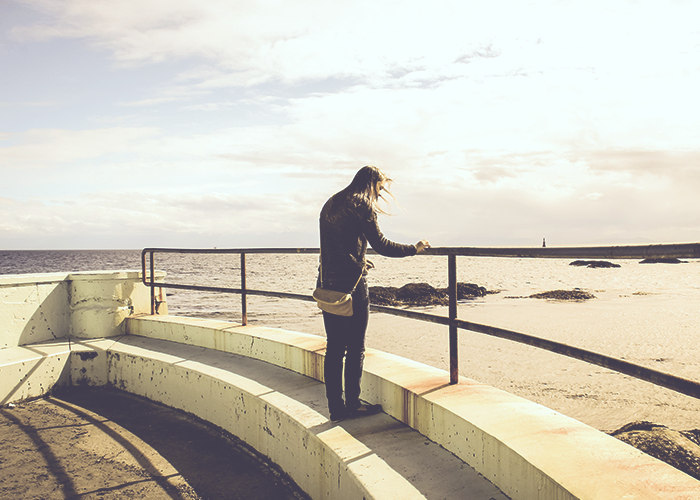 It’s wonderful knowing we are a part of a generation that embraces healthy living. It’s impossible not to find inspiration when everyone’s coworker, sister, or mother is a part of some cycling, sweaty yoga-zumba class and posting their progress pics every day. We are reminded of the importance of investing in our health in our 20s because it will pay off when we’re well into our middle-aged existence. As long as we exercise regularly and eat vegetables of every color, we are promised to look better and live longer.

However, what’s missing from this glorious wave of fitness consciousness is the very part of our health that isn’t physical. Mental health care is talked about significantly less than physical health care. Because of this, many people live with undiagnosed mental illnesses for a long time and never learn to cope.

I didn’t know what “anxiety” really was until college. My parents never talked about health, let alone mental illnesses, with me. When I was growing up, they would describe me as temperamental and paranoid, but I never took it seriously. I simply believed I was a cautious. Didn’t everyone freak out every time they got on an airplane? Didn’t everyone hate not having control over a situation?

I used to roll my eyes at my college housemate who would say “I’m having serious anxiety and can’t EVEN deal” and then avoid her responsibilities for the day. I legitimately, and rather stupidly, thought anxiety was a made-up illness for a very, very long time. My roommate was a privileged, generally calm, and fun-loving person. (And for the record, so was I). We lived a great life, went to a great school, and had housing on the beach, so how could she be suffering?

As I got older, I started having what I’ll call “episodes,” and I fought hard to blame every emotion I felt on external circumstances. My body felt like it had run a marathon every day, but I blamed it on living a busy lifestyle. I blamed my less-than-glamorous part-time jobs on my inadequate financial situation, and consequently, my anger. Crying happened sporadically and unexpectedly. Even on days when nothing bad actually happened, I found a way to worry.

My roommates told me, “You should really talk to someone. Check if your insurance provides coverage.”

It did. But I protested anyway.

“I don’t need it. I’m just being weak,” I said. I thought: I should be confident enough to either fix this myself or get over the problems that I have. I lived with that idea in my mind constantly. I accepted the fact that I lived in a neighborhood that was too expensive for my budget, but continued working and plodding along in an unsustainable lifestyle anyway. I accepted the fact that my relationship had hurled emotional abuse at me on a regular basis, but stayed in it anyway. I believed that if I really, really TRIED my best to make things work, then I would feel better on the inside, too. I stopped asking for advice. But I didn’t stop crying.

I didn’t want to seek help because I was scared. And more importantly, I didn’t want to pay the co-pay. Spending money to talk to a stranger about my emotions was not on my list of priorities when I had $30,000 in student debt, along with a $5,000 credit card balance. Besides, I was a regular person, and everyone goes through rough patches they can figure out on their own. There’s no reason why someone should spend $100 to have someone preach their blind optimism at me and say “It’s gonna be alright in the end,” anyway.

Then it happened. While waiting tables one evening, my vision was overcome with a sudden wave of blackness that made me lose my balance. I attempted to recollect myself. Out of nowhere, my chest began to feel heavy. It was the same heaviness I felt after smoking too much (at that time, I was a very mild smoker), but I didn’t think much of it, as I had already been cutting back on my cigarette use. But then my chest involuntarily started to move up and down rather quickly, and I realized I was having trouble breathing. My throat tightened up. I kept trying to swallow air, but it seemed like nothing was making its way in to my lungs. I cried out for help. My boss panicked and told me to go to the ER, knowing that I was a smoker, thinking of the horrific possibility that I was suffering a heart attack. My chest started to squeeze even more.

When I got to the ER, my face was bright red, and my makeup had already melted from me sobbing in the taxi ride. I legitimately thought: “I’m going to die.” I couldn’t shake that thought from my head; couldn’t let go of my throbbing heartbeat that rattled the inside of my head like a massive bass drum. When I revealed to the hospital staff that I smoked cigarettes and took birth control, the nurse stared at me with an expression that made it obvious that a massive red siren had gone off in her mind. She immediately had me stripped and ran an EKG. Palpitations were noted. Abnormal heart rate was noted. I waited for answers. An MRI was ordered.

After six hours of waiting,  wondering if I was going to have some crazy surgery  on my lungs, I was cleared from being in any life-threatening position. The nurse handed me pamphlets on quitting smoking and then casually informed me that I had experienced a severe panic attack. She asked me if I had ever spoken to a mental health professional before. I was appalled. That was it? No black lung? No blood clot? No impending emphysema? She told me that it would be in my best interest to seek psychiatric help or a counselor. I checked out of the hospital at 3am, angry and confused. The icing on the cake? I left that hospital with a bill totaling about $9,000. $9,000, to be told nothing serious was actually going on.

While I don’t regret what happened, this incident taught me quite a bit about the importance of emotional self-care. If I reached out for help earlier, I probably would have learned how to handle my panic attacks and prevented that situation from ever happening. I denied my own mental health problems for YEARS and thought that taking any time to seek out help was a waste of money. Believe me, it’s not. I had plenty of opportunities to even see a free counselor when I was in college and I didn’t. I could have seen a low-cost therapist provided by my job and I didn’t. And because of my denial, it cost me nine grand.

Eventually, I did start seeing a psychiatrist. Then, I went to a therapist on a weekly basis. I was skeptical at first (as many people are when they start), but enjoyed the comfortable “escape” I got from the freedom to be honest. I wasn’t paranoid about being judged or “losing” my therapist. It was a safe space for me, and something I desperately needed.

I still had changes to make externally, but after a few months I noticed that I wasn’t crying every day anymore. Taking the time to acknowledge and care for my mental health was beginning to have a ripple effect. I didn’t get the tightening sensation in my throat anymore. I started to feel more confident. I had fewer “episodes.” I even quit smoking. People commented on how much happier I seemed. These effects are enough to make me say: spending time on your emotional well-being is always worth it.

I’m confident that if I had made that choice much earlier, I probably wouldn’t still be paying off this emergency room bill two years later. While we are all responsible for our own emotional wellness, it’s important to remember it’s okay to reach out for help. I’m not saying therapy is a magic guarantee to solve everyone’s problems, nor is it the only solution to manage anxiety or mental illness. Some people prefer support groups, meditation, prayer, or even certain medications. But it’s worked for me, and I recommend it to everyone, even if they don’t think they have any issues. Because of our stressful lives, we take on a lot every day and tend to suppress a lot of emotion. Preventative care is a measure we take with our bodies, and we should do the same for our minds.

I never thought that investing in my mental health would be something I would ever write about, but it is something that I would not only encourage, but implore every person to do. Many of us deal with issues that have been internalized for years far below surface-level emotions. We simply need someone to listen and understand. There is a huge value in that. Your mental health is just as important to nurture as is your skin, hair, and cardiovascular system. Don’t forget to invest in it.