The First Jobs Of 15 Incredibly-Successful Celebrities 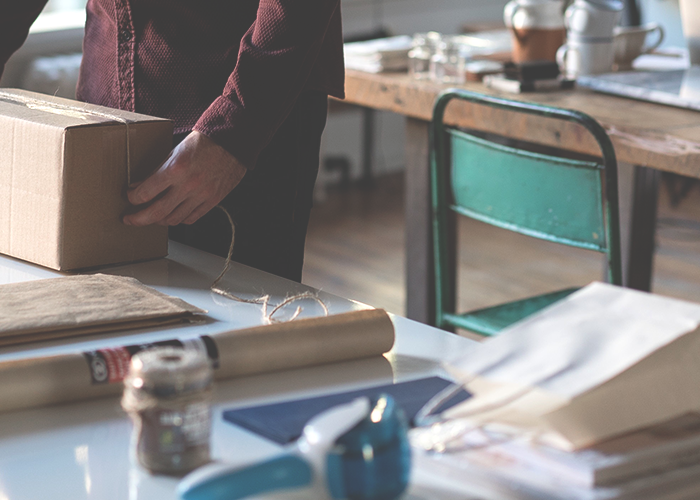 A friend recently sent an article our way called Here’s the Scoop: Why My First Job Mattered, and it’s written by President Barack Obama. In the article, Obama reflects on the importance of his own first job, where he spent the summer scooping ice cream at a Baskin-Robbins in Honolulu, and the invaluable lessons that the job taught him. Everyone needs to start somewhere, and the lessons that a young person learns during those formative years of any job should not be taken for granted.

The article got me thinking a lot about first jobs and why they’re important. My first job was working the 6am-2pm shift in the kitchen of a nursing home near my house. I cleaned dishes, baked muffins, set up tables, and cleaned away garbage after the residents finished their meals. Looking back on it, the experience was extremely useful (although I didn’t think so at the time) because it provided me with life lessons that I needed to learn the hard way. The simple task of having to get somewhere on time (and consistently) is a hefty responsibility for any teenager without a car. I got chewed out for arriving late and for screwing up simple routine tasks that I’d (regularly) forget to do. That job taught me the value of hard work and the value of being humble — I was scrubbing pots for six bucks an hour, and to this day, I don’t think I’m above doing what I need to to earn money.

After reading about President Obama’s anecdote about his first job scooping ice cream, I was inspired to learn more about how and where other famous people have started. I rounded up 15 first jobs of famous and successful people. Some of them are hilarious and some of them are dull, but it’s a nice reminder that everyone has to start somewhere — there are valuable skills to learn at nearly every job. Check them out!

1. Oprah Winfey.
“Oprah worked at a local grocery store and was forbidden from chatting with customers — a cruel restriction for a woman who eventually became a media icon by hosting a talk show.” [Source]

2. Lady Gaga.
“To make ends meet, she took three jobs, including a stint as a gogo dancer, while she honed her performance-art act.” [Source]

3. Whoppi Goldberg.
“I did hair and makeup on dead people. “There was an ad in the paper! And I’m a licensed beautician as well, because I went to beauty school.” [Source]

4. Richard Branson.
“When I was 11, I decided it was time to start my own small business. With my best friend Nik Powell as my partner, we set about breeding budgerigars. We saw a gap in the market to sell budgies as they were very popular with kids in school at the time. However, they kept multiplying quicker than we could sell them, and the school holidays were coming to an end…” [Source]

5. Madeline Albright.
“I worked in Jocelyn’s Department Store in Denver, the summer between my junior and senior years of high school. I worked behind the counter, selling bras.” [Source]

6. Farnoosh Tarabi.
“When I was 15, I ran to apply for my worker’s permit. I couldn’t wait to earn a real paycheck beyond babysitting dollars. I got a job as a hostess at Ruby’s Diner in Ardmore, Pennsylvania. I think it paid $8 or $9 an hour. After taxes and the cost of my ridiculous 1950s hostess costume that they deducted from my paycheck, it amounted to barely nothing. I quit after six weeks.” [Source]

7. Warren Buffett.
“His first job was at his grandfather’s grocery store, although he eventually worked his way up to a gig at J.C. Penney.” [Source]

8. Walt Disney.
Walt was “fired by a newspaper editor from his cartoonist job because “he lacked imagination and had no good ideas.” He also went bankrupt several times before his luck really turned around.” [Source]

9. Kat Cole.
“Worked at Hooters for 15 years, starting as a hostess at age 17 and eventually getting promoted to vice president by the time she was 26.” [Source. Source.]

10. Indra Nooryi.
“When she came to the U.S. to attend graduate school at Yale University, she took a job as a receptionist in her dorm, opting for the graveyard shift—from midnight to five a.m.—which paid 50 cents more per hour.” [Source]

11. Reed Hastings.
“After high school Reed took a summer job selling vacuum cleaners door to door. He was accepted to Bowdoin College in Brunswick, Maine, but chose to defer his enrollment for a year to keep selling vacuums. Hasting says, ‘I loved it, strange as that might sound — You get to meet a lot of different people.'” [Source]

12. Beyonce.
“Her mom Tina owned a salon, so the aspiring singer picked up extra cash sweeping up hair.”  [Source]

13. Rachel McAdams.
“Spent three of her teenage years taking orders at McDonald’s. ‘It was a great place to work, but I had a little bit of an OCD thing with hand washing and just didn’t have time,’ the actress told Glamour. ” [Source]

14. Evangeline Lilly.
A former flight attendant with a pretty hilarious story about how she took care of a disgruntled flyer here. [Source]

15. Brad Pitt.
“In addition to working as a furniture mover and chauffeuring a limo for a strip-o-gram service, now-famous family man Brad Pitt also dressed up as a chicken for bills. He dropped out of the University of Missouri’s journalism school to pursue an acting career in Hollywood, but wound up withstanding 100-degree temperatures outside of an El Pollo Loco restaurant on Sunset Boulevard. Pitt handed out flyers for the chain restaurant, according to People magazine, in full poultry garb.” [Source]

If you’re interested in a more in-depth look at how people got started in their industry, you can check out the How I Launched My Career series on LinkedIn, which focuses on the critical lessons that people learned from their first jobs. You can check out some of the best contributions (in my opinion) below!