The Piece Of LinkedIn Advice That Drives Me Crazy 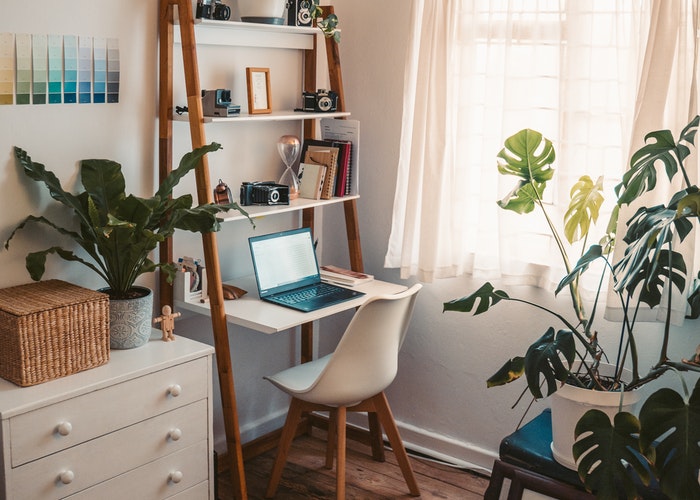 “Networking” is a polarizing word. It’s right up there with “moist” and “pivot.” I’m lucky enough to have met and worked with a lot of really talented people in my industry —  all of whom I’ve been introduced to under authentic and collaborative circumstances. The few times I’ve attended networking events, I’ve been that person hiding near the complimentary Trader Joe’s cheese and crackers table, and slowly sipping on wine in a plastic cup (so that it always looks like I’m preoccupied with something).

It’s not that I hate networking, I just despise the power that word holds and the anxiety I feel whenever it’s mentioned. I love working for smart, caring bosses and I love building and managing teams. The relationships I’ve cultivated through the years have been immeasurable. But I prefer to stay away from the word “networking” because it makes me feel like I’m under a certain kind of pressure to perform as an “industry professional.”

So when I saw a recruiter on LinkedIn tell a job-seeker that applying through a posting wasn’t as impactful as networking with people from the company, I sighed the sighs of a thousand sighs. So wait — you mean to tell me that the dozens of job posts I’ve applied to have been passed over because I don’t have an “in” at the companies? Has my aversion to networking ultimately screwed me over?

This moment led me down a 2 a.m. spiraling path of career doom, sponsored by #anxiety. Did my colleagues like me? Do they secretly think I suck at what I do? Am I an annoying person to work with? Do I have work enemies I don’t even know about? Would former coworkers and bosses vouch for me? Should I write blog posts on LinkedIn that help connect me to others? What if I never get a job ever again? Should I just give up and go into real estate? Wait, shit, I haven’t networked with any real estate professionals, either.

Has my aversion to networking ultimately screwed me over?

One thing is clear: I have insecurities and I still suffer from imposter syndrome. That’s on me. But is there genuinely truth to the idea that applying to job postings won’t get you as far as networking will? Should I be concerned?

Is networking the end-all-be-all when it comes to landing a job? What if you’re just starting out in your career? What if you plan on switching industries and aren’t close to anyone in that industry yet? I asked my former colleague and friend Kyra Willans, an executive recruiter and job coach for her insights.

“I think networking is an important part of the equation to getting a new job, but you should always diversify your efforts and not just rely on one thing to get a job. Also, networking is only useful if you do it right, and most people don’t. I hate how the term is so overused, like saying ‘just go network!!’ is something people say to feel like they’re helping, but it doesn’t,” Kyra tells TFD.

Kyra also says it’s much more important to first invest in figuring out what you can bring to companies and how you market yourself. “Just like any corporation or product, you need to figure out what your unique value add is to companies. What are your most marketable skills? What are the problems you solve for companies? And how does that compare to what’s on the market?” Kyra adds, “Then you need to invest in your marketing materials, like a LinkedIn profile and resume. This comes before networking so you don’t waste your time trying to talk to all these people only for them to discover your messaging isn’t clear.”

I hate how the term is so overused. “Just go network!!” is something people say to feel like they’re helping, but it doesn’t.

“How do you network without it seeming forced?” I asked her.

“Try to find communities based on the field you want to get into. Say, it’s advertising. Try to find online groups where those in that field hang out on Facebook. Look at the backgrounds of people who are doing what you want to do — use that as a kind of ‘roadmap’ to get to where you want to go. For example, maybe creative directors start out as jr. copywriters or associate producers. So that’s a pretty good idea of where you start if your goal is to become a creative director one day.”

When chatting about “networking” in that sense, it sounds less like a club you’re automatically supposed to be a part of and rather like a group of like-minded individuals you get to gradually know and engage with, kind of like a college class. And even if you’re new to networking (no matter your career level or trajectory) there are ways to network that aren’t intimidating or awkward, even if you’re trying to break into a new field.

“And finally, when you do talk to people, don’t just come from ‘Hi I want/need a job, please help me.’ That type of messaging is super ineffective because it’s generic and you’re giving the message receiver a ton of work and responsibility to look you up and see what you’re all about.” Kyra adds, “Most likely you’re going to get ignored.”

Ways to safely “network” without it being painful? “First, make sure you’re reaching out to the right people who can actually help you. Second, connect with them on a personal level (which doesn’t start with ‘I want/I need’), and third, make it easy for them to help you.” Research this person and take the time to build a real, human connection.

And as for applying for a position through a job posting without having a contact at the company: Do it. Recruiters do look through applications because that’s literally their job. If they see that you’re qualified and make for a good candidate, they’re not just going to light your resume on fire because you don’t have a relationship with the head of marketing. Everyone has the same goal here: Bring in the right candidate for the job. “If you don’t know anyone, it’s still okay! And it doesn’t hurt to send a recruiter a message on LinkedIn to say hello, either. Worst case, they don’t see the message or don’t reply. Best case, the recruiter notices someone who might have gotten lost in all the applications. I have actually hired people this way,” Kyra says.

I wasn’t thinking about whether or not this was “networking” at the time. It wasn’t calculated, formulaic, and I had no clear motive. I just wanted to meet a brilliant woman.

I’ll end this little rant of mine with a story. A long, long time ago, I emailed the editor-in-chief of a women’s website I was freelancing for. I loved the way she gracefully helped shape my work and her feedback was always impactful. She was kind but also didn’t stand for bullshit. I admired her and fantasized about what it would be like having the opportunity to work for her, even though the possibility seemed slim. I was in grad school in San Diego, and the site headquarters were based in Los Angeles. At the very least, I wanted to meet her, only so that I could thank her and introduce myself. So I told her I was going to be in LA on a day I had no actual plans of being in LA, and invited her for coffee. To my surprise, she agreed, and we grabbed two iced passion fruit-lemonade teas at Starbucks. Even though there weren’t any openings for the website at that moment, I felt grateful and so, so special to be in her presence. We talked about media and journalism and LA, and I let myself fully bask in the experience. I left feeling rich knowing I was able to talk to this person and that she gave me 30 minutes of her most likely incredibly busy day. I didn’t expect to be hired as the weekend editor three months later, or that I would eventually be offered a full-time position in their LA office at the start of the new year.

I wasn’t thinking about whether or not this was “networking” at the time. It wasn’t calculated, formulaic, and I had no clear motive. I just wanted to meet a brilliant woman. I had just turned 24 and didn’t think I had the pedigree to find a full-time media job, ever. But the meeting I had set up worked, I guess, accidentally. I established a meaningful connection and ignited an important relationship that would be the start of my largely unplanned career in media.

But taking editors to coffee shops hasn’t been the only successful path that’s led me to new opportunities. I’ve been recruited by companies who hadn’t heard of me before their head-hunters came across my LinkedIn. I’ve successfully applied to positions over Facebook messages without being acquainted with the OP. A founder of a startup flew down from San Francisco just to meet me and convince me to work for her company. And one day, I even pitched this here outlet with an idea, and my wonderful editor offered me more work after I submitted the story.

The recruiter who emphasized the importance of networking is partially right. And Kyra has some sage advice about the best ways to network without feeling icky about it. But at the end of the day, you don’t need to feel like you have to schmooze with every single person in your industry to land your dream role. Apply to that job. Send that impressive resume. Write that compelling cover letter. If you have a contact? Great. If not? Forge ahead, and keep forging ahead. No matter how many people you know, your talent, hard work, and skillset speak louder than you think.