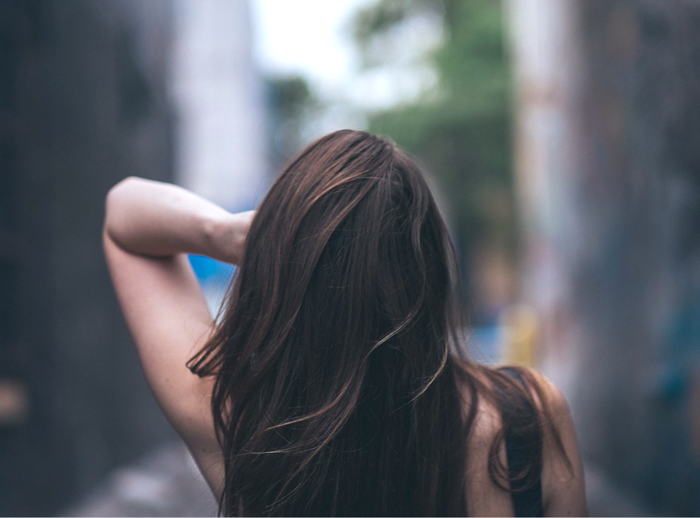 When we say the word “abuse” a specific picture comes to each of our minds. Maybe we re-picture reading A Child Called It, or think about domestic violence cases we hear about in the news. Maybe we think about “SVU” episodes, or Rihanna and Chris Brown, or terrible things that have happened to friends, that we’d never wish on anyone. Whatever the case, we all picture something, but we rarely consider hearing the dreaded A-word in terms of financial abuse. To be clear, I am not saying there is a sliding scale for abuse at all. It is all terrible. This is simply my account of abuse, which included serious financial manipulation and emotional abuse.

I met Ty when I was 23 and freshly out of my longest relationship, which ended horribly, and left me incredibly vulnerable and damaged. Admittedly, I was looking for something to cover up the hurt I was not dealing with. And I found that crutch in the form of a beautiful blonde with a broken past, and blue eyes I couldn’t stop staring at each night.

He was younger than me, and I was gainfully employed by my small town’s standards. Initially, I had fun treating him to things, and making him feel spoiled. My ex used to say that I showed affection through buying things, and that was definitely the truth with Ty. There were dinners, t-shirts, video games. I even took him on what we called a “yes day,” where we just said “yes,” and I ended up paying for the two of us to get tattooed.

In the beginning there was give and take. I came home one day, and he had cleaned my apartment, bought me a new TV, surround sound, and a BluRay player spontaneously. We acted like we were rolling in cash and spared little to no expense on each other during that manic, egregiously irresponsible honeymoon phase. It was like living in a cartoon version of my own life. Picturesque and all fun, all the time, perfectly drawn in a way to make everything seem softer. And then eventually, as you can imagine, the broken edges appeared and everything crashed down around me.

Ty and I were both covering up some real issues that neither of us wanted to address. I had heard whispers of his addictive personality and former issues, but because I was in a haze and riding a honeymoon phase high, I chalked it up to small town rumors. Unfortunately, those issues were very, very real. He had some serious identity issues that he covered up with substances and struggled with his relationship with his family to a degree that I didn’t understand until after things had snowballed out of control.

It started out small (comparatively). He “forgot his wallet” a couple of times, and once asked me to spot him money for a copay (for a medication it turned out he wasn’t taking). In the beginning, he paid me back for everything, but the borrowing slowly turned to taking.

His family was fed up with his drinking, and erratic behavior, and kicked him out the house. I didn’t even hesitate when he asked to stay with me. But then one day, I came home to all of my food, beer, and emergency cash gone with no explanation other than, “I had friends over.” It got worse. Cash from my wallet would be gone, or he’d talk me into buying things at the store that we didn’t need, and I couldn’t afford, especially since I was now the only one spending any money. Slowly but surely, money would disappear whether it was from me swiping my card, or Ty simply taking it.

The worst (aside from the stealing and constantly abusing my bank account) was when it came for Ty to move into his own place. Somehow he had scraped together enough money for rent, but not his security deposit. There were promises of “I’ll pay you back!” and “I’m getting a job!” so I forked over the $400 and took him to Target to get things for his new home. We spent $250 there, and $200 on groceries later, so I’d spent almost $1,000 in one day.

At this point, I was already horrified, and was completely torn between needing to get out, and not wanting to accept it. The straw that broke the proverbial camel’s back was when his ex-girlfriend came back into the picture. I was already lying to myself about my ability to fund my mentally abusive boyfriend’s life, on top of my own bills, but then while we were gone one day, she decided she’d had enough of me being around. I came home to a rock through my window, and never heard an offer to help me replace the glass after they reconciled, and got back together two days later.

It took picking glass out of my carpet, terrified I wouldn’t be able to pay my own rent after bank rolling an unemployed addict, to call my mom and tell her what had been going on. I told her about the abuse, the summer from hell, and she convinced me to get myself into therapy and block all forms of communication with him.

I know it sounds like a classic case of, “Well you should have just said no.” But when you are in an abusive relationship, you don’t think like yourself. Or at least, I didn’t, and no one has made me feel worse for that than myself. I was completely enveloped in him, thanks to the abuse and manipulation, and really thought I was acting and spending out of love. I know now that it was not love, but another way of controlling my behavior and in turn, me.

At the end of the relationship I was out a few thousand dollars, and I had to go to my parents for help. I was a wreck, and I am very lucky they were willing to help me out, but it was not a handout. When I went to them, I was committed to working on myself, my finances, and my mental health. And even though it’s over, the statements are paid off, and I’ve rebuilt my account three years later, even though Ty and I haven’t, and won’t speak ever again, the memories of being ripped around and financially abused still ache. I’m wary of people footing the bill or buying me things because, in the back of my mind, I think it’s a bribe, or something that could cause problems down the road. I’m terrified of being in a relationship where I would have to, for whatever reason, disclose my financial information, because I’m worried about it being taken advantage of again.

It’s a level of trust I struggle with, but I’m working on getting rid of my fears, while still proceeding with caution, and taking care of myself. I know I’ll eventually have faith in people, and feel more confident, but it’s a healing process I still work at every day. I understand that there are other financial manipulations and abuse stories that are far worse than mine. But no matter the number of zeros lost, no matter the amount, it’s still financial abuse. It still hurts, and makes you feel completely taken advantage of. No matter the score: it is still abuse.

*For confidentiality reasons, the man’s name has been changed in this story.