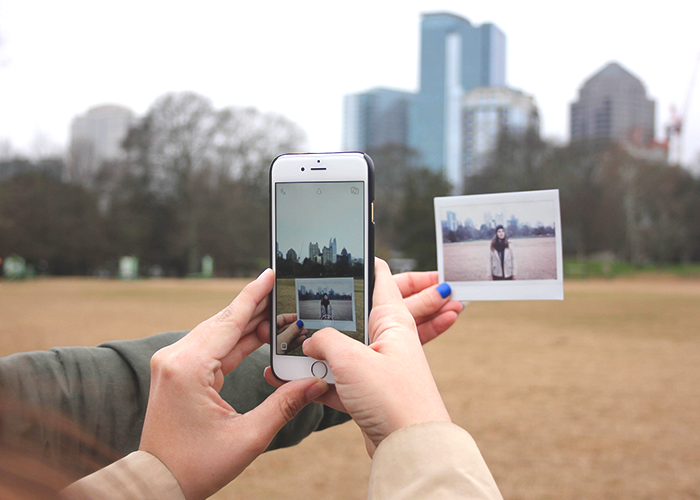 The world of influencers is undoubtedly glamorous to outsiders. Before I first launched my blog in 2011, I remember being awestruck by the people on my feed leading these lavish, globe-trotting lifestyles. Even the younger crowd had an air of whimsical privilege, like they were extras in Gossip Girl as opposed to real-life students. I didn’t start blogging with the intention of making a paycheck from it, but when the opportunity came, I took it. After four years of blogging about politics, New Year’s resolutions, relationships, and whatever else I deemed to be worthwhile, I had a large enough readership to qualify as an “influencer.” At the time, I just thought it was easy money, and the occasional free lipstick.

What my 18-year-old self didn’t know, and what my 20-year-old self knows now, is that the world of sponsored content is its own realm of insanity that should come with neon caution tape.

I started monetizing my blog at the end of my senior year of high school. Between last August and this February, I could always count on a bi-monthly shipment of free goodies to arrive at my apartment. It usually consisted of personalized makeup, skincare creams, and the occasional bonus gift. Alongside it would be a posting schedule for when to advertise said products on social media, and a cute thank you note. That was just one of the perks of working on influencer campaigns: I would publish one sponsored post in exchange for products on the market for over $200.

Influencer programs offer a mutually-beneficial relationship, provided that both parties know what they’re signing up for. Through the agencies I worked with, I was able to connect with a number of people in the industry that I was looking to break into. I flew out to Los Angeles twice last year, and I was able to meet up with designers, actors/actresses, producers, etc. I sat in a room with HBO executives at a launch party, and shook the hand of Ariana Huffington

(who is as refined in person as she is on paper) at another. Being an influencer makes you both a business transaction and part of a network, paid for by big name brands and executed by PR professionals.

But like any job, there are downsides — some easily overlooked, some not. I finished my last influencer campaign this past winter, after I’d started working with an agency that represented some of my favorite digital talents. It was a definite step up in quality: better products, bigger pay, and a noticeable increase in engagement. In August, I was added to a secret Facebook group with the other influencers that they represented. I was shocked to discover that most of the posts revolved around weight loss:

“The swimsuit they sent me makes me look bloated, ugh.”

And perhaps the most common one: “Does anyone have any tips to go down a size before the next campaign?”

Moderators — representatives of the agency — commented with their own advice. Some were helpful, and promoted healthy eating and moderated exercise. Some were not, and chatted freely about what they did to lose weight quickly, even if it was dangerous. It created an uncomfortable, exhausting atmosphere where girls, including myself, felt compelled to body-shame their own appearances. I already had my own personal history with bulimia, and though no one directly requested that I lose weight, I felt there was an expectation to be the same size I was in middle school.

I cut ties with the program after seven months, when I realized that my relationship with blogging had gone in an unhealthy direction. I had reaped the rewards of being an influencer for so long that I never paused to wonder what kind of message I was sending to the people seeing each sponsored post after sponsored post. Or, to a larger extent, the message I was sending to myself. I loved the opportunities that came with being an influencer, but hated the lack of transparency surrounding the world of digital entertainment.

I deleted my blog after six years of sharing my life like an open book. It was a decision that I made for myself, and one that I haven’t regretted since.

Though my blogging career ended in a bittersweet note, going through the experience ultimately shaped the values I have now. I’d never discourage anyone from participating in influencer programs based on my account alone, but I’d highly encourage them to be aware of the pros and cons of making impressionable, public content. A lifestyle can be a lie and in the end, no paycheck is worth the stress of living that lie.

Sara Li is a seven-year-old stuck in the body of a college student. She’s a former MTV writer and lifestyle blogger. If you find her, she’s probably rewatching Gilmore Girls.