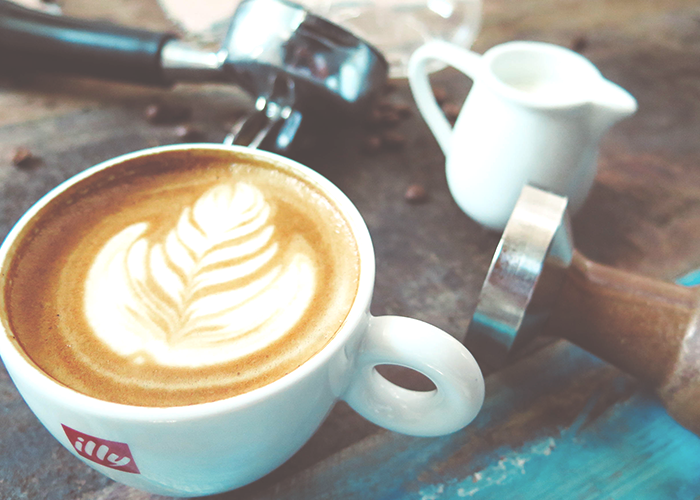 Not long ago, Lauren and I were talking about different new streams of revenue for TFD for the rest of the year into 2017. We’ve grown now to a tight-knit, efficient team of five — soon to be six! — and are finally getting into what we feel is a “cruising altitude” for the site as a business. With six people, we can effectively manage the day-to-day without one person losing a ridiculous amount of time on any redundant tasks. We outsource some things, of course — accounting, web development, legal stuff — but the rest, we are largely able to take care of, especially now. And since we’ve also gotten to a place where we have a small (yet important!) freelance budget, figuring out new sources of income to expand on what we already have has become hugely important.

In a year and a half, TFD has gone from “just putting a few ads on a WordPress and getting an LLC” to a healthy team of six, boasting a million pageviews per month, with about half of our traffic being direct. (“Direct” means that people come to thefinancialdiet.com, instead of coming to us through a social channel. This is a very good/impressive metric for people who care about that sort of thing.) We’ve been able to strike that balance by increasing our publishing schedule slowly, and doing our absolute best to nurture a niche community and keep things high-quality while gently attracting new audiences. Even on our worst day, our traffic isn’t all that far off from our best day, because our readers are loyal and active — that’s something we have sacrificed a lot in terms of short-term gain to preserve.

So when we think of new ways to generate revenue, it’s always with that in mind: there are a lot of (frankly) shady, affiliate-based ad models a lot of finance blogs make their biggest money from, and we won’t engage in them, no matter how many times we are asked to. It would feel like a betrayal to the core audience who is so important to us to have shoddily-disclosed ads, pimping products we are not qualified to endorse. (Sure, we might link to an Amazon page of a candle we like, but we can’t in good conscience say what sort of credit card is right for you, even if that means missing out on money.) So, the more discerning we are about revenue streams, the more limited our choices become in terms of new income. We are launching an eshop soon, which will be a cool way for our readers to support us, and we have our book coming out next year. But, for example, the concept of something like a Patreon is something Lauren and I have gone back-and-forth on many times, for reasons that are frankly indicative of the larger frustrations I have with the media world in general (and the audience’s relationship to it).

Put simply, having a Patreon would alienate some followers. It just would. I’ve done little focus groups here and there, and many people have a nasty reaction to it, particularly when the project in question is serving ads, like we are. Many people feel that it is, for lack of a better term, “not a good look” to be asking your audience for money — the subscription model, in its many forms, is simply something that has left the worldview of many a millennial reader. For every dollar we might get on Patreon, it would be naive of us to think we wouldn’t get a good amount of backlash or lost readership, which has caused a lot of our hesitation.

But by that same token, it should also be said that many people complain about programmatic (banner) ads, which are literally our only day-to-day source of revenue. We’re chastised, as most media companies are, for having ads that appear in the body of the article (the most valuable ad placement), as well as for having ads that populate with weird or off-brand things (they are automatic, and based on the reader’s internet history, we have nothing to do with what appears unless it’s a piece of sponsored content). But we also see complaints about sponsored content, which are our biggest returns on investment. The only source of revenue we don’t receive direct pushback on is our book advance, which has been what has paid my and Lauren’s salary for the year — all of the rest of our revenue, with rare exception, goes to pay everyone and everything else, including freelancers. The idea is to, of course, continue to grow all revenue, but we have never had an unpaid intern, and pay a healthy rate to our Managing Editor: Lauren and I take our responsibilities to our team more seriously than we take paying ourselves, and would sooner shut down the site than have an unpaid team member.

And the only reason we can afford to do this is because we both have partners at home who can support us if we go three months between big checks. That is a luxury, a privilege, and the unique component that has allowed TFD to grow as quickly as it has. We recognize this and do our best every day to be transparent about it, but it’s important to understand that on the scale of “who is starting media companies, even small ones,” we might as well be downtrodden characters in Dickens novels. Many, many media companies — even ones that have folded after just a few years — start operating on enormous losses, with huge initial investments, or are able to get a huge boost because someone at the top had substantial personal or family money (and I don’t just mean someone picking up the rent check on a slow month). I’m not going to name names, but do some digging — I guarantee you will find more examples than not where this is the case.

This reality — that with rare exception, only the most privileged among us can start media companies in a landscape as seemingly-egalitarian as the internet — feels unfair, until you realize the trifecta of obstacles that they all face to becoming profitable:

Now, all of this should come with the enormous caveat that Lauren and I have been very lucky, and could not be happier with the way TFD is growing and all we have been able to do over the past two years. We believe enormously in our mission and team, and will do everything we can to continue to be transparent and honest about the process, not to complain about it but to (hopefully) remind us all of why the media world (especially at the top rung) has such a continued problem with diversity, of race and gender and, perhaps most universally, class. Part of it is hiring, absolutely, but at the top rung, a bigger barrier is that, in order to start almost anything, you have to have a substantial amount of money or, at the very least — like Lauren and I — be privileged enough to have someone help out with the bills so someone else can be paid first.

As media consumers, it’s easy to point to the prestige publication that’s giving lush fees for every piece that appears on its site, or features a sleek, ad-free design, without then finishing the thought by saying “a large media company or VC firm poured millions of dollars into this project to get it off the ground, and to allow it to operate at a major loss for the first however-many years.” And we also fail to acknowledge how many of these dream publications eventually fizzle out completely or result in massive layoffs/restructuring, because their business model was never even meant to be sustainable. (For more reading on this topic, I encourage you to follow my old boss Alex Magnin, who is one of the clearest and most thoughtful voices in the industry.)

I am extremely passionate about more diversity in media, more female owners and owners of color, more non-rich people at the top rungs, more voices and communities and opinions that aren’t from a very limited and out-of-touch elite. As a media owner, I can impact that by running TFD in the most ethical, sustainable, and fair way I possibly can, and by constantly weighing our growth against the longer-term vision of what we feel a media company should be. But as a consumer, I can choose to support projects in a way I feel we all can and should: I never use ad blockers, I subscribe to publications I frequently enjoy, both in actual subscriptions and programs like Patreon, I contribute for free to small projects I believe in, I buy merch when I can, and I never begrudge having to see a banner ad or lowbrow piece of content that’s going to make that publication’s entire bottom line for the day. I do all of this with pride, because I want more niche publications to thrive, I want more diversity in ownership, and I want more people to say “Hmm, perhaps hemmorhaging money up-front and then scaling into the stratosphere isn’t the only way to do things.”

I believe that there is a better way, and that independent media founded by non-rich people can be a thing, but it is incredibly difficult — and most people don’t even know the rules of the game. But it’s our commitment to at least be transparent about all of this, even if the truth isn’t always simple or satisfying.