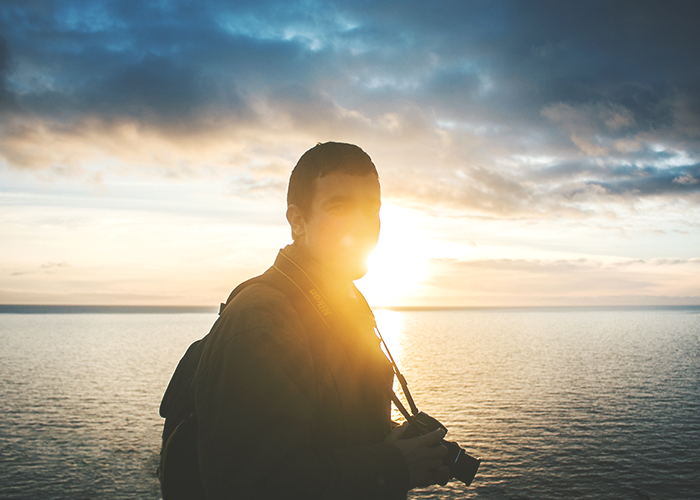 In 2012, I graduated college with a degree that honestly didn’t mean much in terms of job prospects. I had $30,000 in student loans to pay off, didn’t really know what I wanted to do, and lived with my parents.
By 2013, I had a steady job. I wasn’t being paid well, but I was working as a personal trainer and gym manager in a small gym. I was living quite cheaply relative to my income, so I was able to put a lot of my income into savings.
As a result, by mid-2014, I had $10,000 in the bank — and nothing to do with it. If I had been smarter, I would have read some personal finance books sooner. I would have put a lot of that money towards paying back my student loans early or into a long-term retirement account.
Instead, I decided to take a career risk. After all, I had $10K in the bank. I felt invincible. I quit my job in order to take on an internship in another major city. I sublet an apartment for the summer, focused on the internship, and came back.
What I didn’t realize was the real impact that unemployment can have. With no side hustle and no alternative methods of making money, that $10K didn’t last long. I wasn’t able to fully return to my old job; they’d since replaced me as manager, though I was still able to work as a trainer for some of my old clients.
During the six months between then and 2015, I quickly ended up in the red. With car payments, rent, and student loans, I was spending a lot more than I was bringing in. Meanwhile, I struggled to try and find new sources of income. I applied for every job under the sun.

I eventually managed to cobble together a combination of three part-time jobs that almost paid all my bills together. However, I only worked a few hours a week at each location. Between travel time, gas, and the hassle of bouncing back and forth between three jobs, not to mention working seven days a week for a period of several months, it almost felt like it wasn’t worth it. I experimented with driving for Uber and Lyft, but in my area, that wasn’t profitable or worthwhile unless you specifically drove on nights and weekends — during the little free time I had left over after my primary jobs.
At the lowest point, I had about $2,000 in credit card debt, aside from my student loans. I was paying off as many bills as I could on credit and making minimum payments as needed to keep my head above water.
In late 2014/early 2015, while still searching for better employment, I ended up accepting a job working as a strength coach in Jeddah, Saudi Arabia. I had my misgivings about the culture shock I would experience, but I went ahead with it because the job promised a huge salary with plenty of benefits. I was so demoralized by months of treading water with my bills that I was desperate for anything that promised a steady salary.
This turned out to be a mistake as well. I was not paid nearly as well as they promised, and many of the benefits failed to materialize. I quit after just three months.
After that, I lived for another three months in Chicago, crashing on a friend’s couch, then moved to Seattle. In Seattle I finally found sustainable long-term employment — I was able to pay off my debt and start saving again.
In the meantime, I had started doing a lot of online freelancing. Working as an online coach, I was able to work with clients around the world, independent of my location. Since I was moving around so much, this made perfect sense. I started blogging, focusing on social media, and trying other work to raise my profile. I started out with just a single client (a close friend) and $100 extra per month — small enough that it didn’t seem worth it, at times.
This income, however, followed me through my moves. In fact, I still work with that client today, years later. Little by little, my income from my side hustle started to grow. I found more and more clients, and soon $100 turned into $300, $500, even $1,000. People started to talk about me and the good results they’d gotten with me.
In 2016, I quit my full-time job to work a much easier part-time job. The full-time job had required 50-60 hours per week and left me exhausted when work was done, making it hard for me to work as a freelancer on the side.

I was lucky to find a job that was part-time, and that required little of me during working hours — I had to watch a desk, answer phones, and do a lot of other tasks, but there was also plenty of free time throughout the day when no one would need my help. As a result, I was able to put a lot more energy and focus on my freelance work, and business started taking off.
In late 2016, my girlfriend got a job offer to move to Copenhagen, Denmark. At the time, I couldn’t have pointed it out on a map. But at that point, I was ready to take the jump — I made slightly more in freelancing than I did from my primary job. I took the leap, moved to Europe, focused on my freelance work full time, and saw my business take off even more.
Since then, I’ve saved up even more than I had before while traveling the world. I got smarter and put a lot more of my free income into paying off my student loans — they’ll be paid off within the year. I started a retirement account. I’m making more than ever before, and I get to do it from the comfort of my home.
If I have any advice, it would be these three things:
1. Focus on developing a side hustle early. What works for someone else may not work for you, but most of us can probably find at least one more source of income if we put our minds to it. It will definitely suck at first — I remember all the effort I put into growing my blog before it was established when no one was reading my articles, and every hour put into it felt like a waste. But if you’re able to put more time in, you’ll get more out of it. Side hustles work well as a buffer against the problem of moving, leaving a job, or other unexpected financial troubles, even if they’re not a huge focus.
2. Don’t take huge risks just because they’re risks. My first huge risk (the internship) was a huge money sink. My second huge risk (moving to a different country) was less of a money sink, but it also derailed my career and left me feeling disconnected from any sense of home for a solid few months. Ultimately, neither really paid off — although the second risk encouraged me to get more serious about my freelancing, which eventually led to where I am today. These risks helped my career, but only by making everything much worse first.
3. Learn about personal finance early. If I had put more of that $10K into paying off my student loans, I’d have saved myself more in the long run. Plus, I wouldn’t have felt like the money was burning a hole in my pocket, waiting to be spent on something stupid. One of the unexpected benefits of long-term investing is that you aren’t as compelled to spend whatever money you have on hand when it’s tied up doing something useful. You don’t have to get deeply into the stock market to plan for the future. Ramit Sethi’s I Will Teach You To Be Rich is an excellent resource for personal finance and goes over the basics of no-hassle investing.
I’m definitely better off today than I was in 2014. That being said, I made a lot of mistakes along the way — mistakes which hampered my long-term progress. Don’t make the same mistakes I did.
Adam is a full-time blogger, fitness coach, and self-improvement enthusiast. He lives in Denmark with his girlfriend and their cat. You can find his site at www.gains.af, or connect on Twitter here.