What Happened When I Gave Up My Chic, Parentally-Funded Life 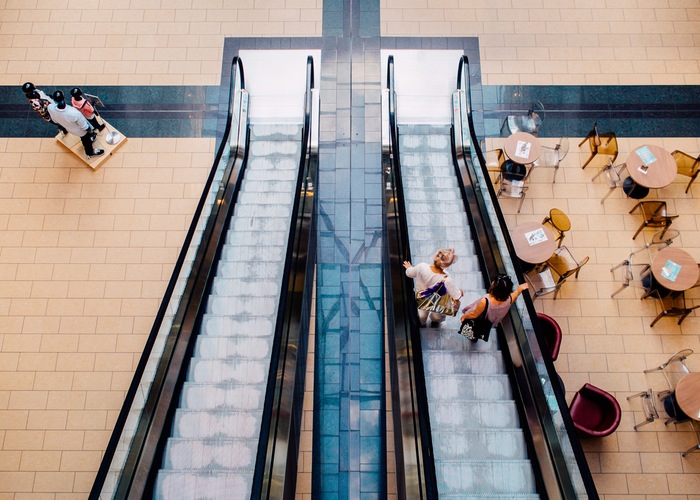 I was lucky enough to be born into a family that has always been willing and able to support me. They didn’t do so by throwing endless money or clothes at me, but by giving me an allowance, and enough support so that I could prioritize my studies over my part-time job, and by paying for my university education (my tuition in Australia may be a small sum compared to some American tuition fees, but I am still debt-free thanks to my parents). They also allowed me to live at home while I studied.

This means that I always lived a very comfortable life—going out for brunch every weekend without being too concerned about the price, buying multiple coffees everyday at $5 a pop, and not having any real consequences to accidentally spending too much on a night out. My idea of being broke was needing to withdraw money from my savings account in order to buy a new dress, as opposed to using money from my allowance. I wasn’t completely irresponsible, and useless with money by any means—I always had savings and worked two or three days per week throughout my degree—but I never had rent or many bills to pay. I generally lived a very bougie lifestyle, and rarely exited my comfort zone.

Then I threw myself right into the deep end, and moved away from home (for the first time) to London, which is notoriously one of the most expensive cities in the world. (I funded my move using savings.) I had heard so many horror stories about Australians moving to London and having to live off potatoes and baked beans, or having to share bedrooms with strangers because the rent is so high, or just flat-out running out of money and having to go home after a few months. I wasn’t worried about starving to death, or being trapped without enough money to even get home, because I knew that my parents would be there ready to catch me if things got really tough. But in taking this plunge, I realized that I was ready to be out of their safety net, and wanted to rely fully on myself to get by.

To be completely honest, my biggest concern was how much I would have to drop my standard of living, and how I would do without the comfort and luxuries that I was so used to. I am the very first to admit that this is the very definition of #FirstWorldProblems, but I really thought my entire identity depended on taking nice holidays, wearing luxe brands and eating at cool places. I thought that I needed to have the right designer clothes, be seen at the right places, and be known to have a certain lifestyle to fit in and be happy. I had never known myself as anything else, and I’d never looked for enjoyment anywhere else.

Losing all of the things I enjoyed when I stripped away the excessive spending and bougie lifestyle, was crucial, because I instead found out what’s really important to me. For the first time in my life I didn’t have any family or friends guiding my financial and general life choices, which forced me to take a step back and figure out what I actually wanted. I haven’t stopped doing things I enjoy because of my reduced budget, and I haven’t stopped spending altogether- but when money is limited, you have to consider the happiness return on investment, instead of just spending for no real purpose. And that’s when I started to get to know what I need, and what I can do without.

I’ve spent the last year discovering what I actually enjoy doing when spending money isn’t an option. When it’s cold or raining, I can spend an entire day on a café couch with a book, or go to galleries and museums that don’t charge entry fees. I’ve spent the whole summer in public parks, walking, cycling, and picnicking. London is full of rooftop bars and food markets that are too good to resist, so I haven’t stopped buying food and alcohol altogether. But when I indulge (sparingly), it’s because I’m going to really enjoy it, and know that I can afford it (from my own personal bank account). Sharing a bottle of rosé with friends on a picnic blanket, or having a beer in the sun, while overlooking the city, is worth the money, but buying a new dress to chug half a bottle of vodka and go to a dark, sweaty club every weekend is not. Some peoples’ priorities might be the opposite way around, and mine have certainly changed over the years, but they fell into place very quickly when I moved away from home and drastically cut my spending.

I used to have an expensive gym membership and buy premade healthy salads. Now, instead of having an expensive membership to one studio, I try out all the cheaper studios’ trial passes which come out to £2 or £3 per class, if you make the most of it (which most people don’t do). With a 9-to-5 office job, I value my time outside so much, and I don’t want to spend my spare cash or time getting my heart rate up on a cross trainer. In lieu of a gym membership, I walk forty minutes each way to work every day. I get some fresh air, cardio, and save money on my commute to work all at once.

I have been a devotee to the fashion world for a long time. Until I left home, I rarely bought something that I deemed ‘mass produced.’ I was loyal to stores that I loved, knew designers I could put faces to, and styles that you couldn’t find in a chain store. I still value the art and work that goes into a design, so this is something that I have decided is still worth spending my money on, but in very limited quantities. The days of buying a new $250 dress for a birthday are gone.

To find a balance between my designer-devoted self and my very low budget, I’ve had to readjust my thought process when it comes to what I wear. I’ve learned the value of carefully planning outings to repeat the same look, without seeing the same people. I buy separate pieces that can be worn with most of my wardrobe to create multiple different outfits, and I mix high-end designers, and cheap thrift store finds, or hand-me-downs. I’m all for supporting designers and boycotting fast fashion, but at this point in my life I cannot justify a wardrobe with more than a few designer items. I can’t splurge on every piece, so I mix and match the staple splurges with the cheap finds. You get to stick to your style, your morals, and not see your bank balance plummet.

When I had the funds to buy largely whatever I wanted, I never had to think too hard about what my own style really was. I could just buy the designers that my friends and I liked, and didn’t have to delve much further into my personal style. With an astronomically lower budget, I have to be more creative. In a city where there is every kind of person, and every kind of outfit on a single block, it feels easier to wear something that I previously might have second-guessed. I’ve learned to trust myself on vintage purchases, piece together items that I wouldn’t have considered before, and most importantly, realize that nobody cares what I look like more than I do. If I look a little weird, it’s my discomfort that people are noticing, not the outfit.

I left the kind of nice, comfortable life that people dream about, and I’ve found a life that feels distinctly my own. Compared to some people, my financial sacrifices are petty, but taking the leap out of my very cushy nest into the big, wide world of financial independence was terrifying. I’ve learned the same lessons that Rachel did on “Friends,” without leaving anyone at the altar and with a much smaller apartment. It’s lost me some of my old comforts, but it’s gained me a perspective and sense of self that I never had before.

Pippa is an Australian who is deeply in love with London. You can find her reading in parks and overstaying her welcome while writing in coffee shops. She writes here and is on Instagram.