What I Learned From Getting In (& Out) Of Financially-Draining Relationships 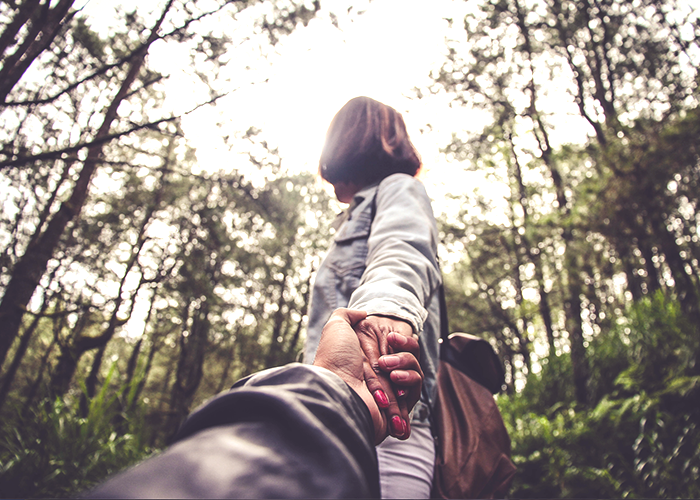 Being raised in an old-school Dominican family, I was taught that women should never pay for a date. A man should open your door and open his wallet whenever you ask. However, growing up in the late 90s early 2000 in such a liberal city as New York, I started seeing things in a completely different way, and actively revolted against my family’s teachings. When I was a teenager and in my first real relationship, I didn’t believe a guy should have to pay for me in order for me to be happy. It’s funny to me now, but my mentality was basically this: If a man needs to take me out to dinner or buy me flowers, how am I different from a prostitute? If you gave me something, I felt obligated to give you something back, to make sure you didn’t expect more from me.

I was only 17, and my boyfriend was 19. At the time, there weren’t really many “expensive” things we could do. Our dates consisted of going to the movies, eating cheap dinners, and exploring museums. After about three months together, I was in love. We all know that idealized “first love”: the very handsome high school jock going off to college, who always dresses to impress, has a job, and charms your family. That was this guy. But by the time we were together six months, he was fired from his job, and I had officially started my first “real job.” At only 18 years old, I was making about $280 a week. With no rent, bills, sense of what money was, or responsibilities, and coming from a lower-class family, this felt like a six-figure salary to me. I started taking him out to dinner about twice a week, paying his cell phone bill, even giving him money to make it to his games. He was the love of my life. After all, he loved me and showed it to me all over his Facebook. Plus, I knew he was going to get a job real soon, and make me really happy.

But another year passed, and I started noticing a pattern. He dropped out of college his first year, and was having a horrible time looking for a new job. (Now I know it’s not possible for someone to find a job when all they do is play Xbox.) I started filling out job applications for him, and even made him a decent resume. By this time, I didn’t have one dollar in my savings. I also had a bad start to building credit for many reasons, one being that I applied for a Banana Republic card to buy him decent clothes to wear to interviews, which he never helped me pay back. My mother even had to step in and help me pay for my books for my second semester of school.

But I couldn’t give up on him — not after all the time and money I’d “invested.” I was sure his luck was going to come around — and it did. He found a full-time job at a local university, even though he had no experience, making $900 a week. This was it; we were going to have enough money for an apartment, vacations, and so many other things. But there was one big problem: by this time, he was 21, and his only interests were going to clubs and really nice places with his boys. None of his plans included me. Every time we went out, he would claim that he forgot his wallet, or that he would cash me the money as soon as he got a chance. This went on for three years, until I finally realized a few things:

1. Accepting a paid date, a nice gift, or even money does not make you a bad person.

2. There is a difference between bad luck and being lazy.

3. I was not responsible for the actions of a grown man.

4. Even if you are in a relationship, you need to learn to value and love your self first.

I finally outgrew that financially-draining stage of my life, and broke it off. Then I made another mistake.

I started dating a new guy, and every time we would go out, I decided I wouldn’t even take my wallet. I would order the most expensive thing on the menu, and whenever the check came, I would look the other way. This didn’t last very long; the person I was dating eventually said, “So you’re one of those girls that thinks like my grandma, that a women can never pay anything on a date.” I was so embarrassed, because I knew those were not my intentions. I’d been hurt and was afraid of being taken advantage of again, and without realizing it, I’d started acting exactly like my ex. Eventually, we broke things off — for other financial reasons, surprisingly.

I am happy to say that both of these experiences have made my current relationship so much easier. I was able to learn three really important things: First, to not be an extremist in either direction when it comes to who pays. Second, talking it out is super important. Everyone has a different situation and a different upbringing. Eventually, we might miss out on a great relationship for being hard-headed and not even trying to understand each other when it come to the “money talk.”

The most important is to be on the same financial page as your significant other. Do not assume that just because they have a good job, they are expected to take you out to a four-star restaurant. One thing I would suggest is to set budgets to your dates. Do not be embarrassed to think outside the society box. With so many different social media platforms, it is hard not to be overwhelmed, wanting to try the new bars and restaurants and get a new outfit every time you go out. But being broke is not worth a pretty picture. I have learned the hard way how important it is to be on the same financial page from the very beginning of a relationship. It is so much easier to have one awkward talk than many weird, silent moments every time the bill comes. Do not allow your culture’s view of gender roles determine your relationship’s financial freedom, and of course, do not allow yourself to be used — but do not use anyone as a meal ticket, either.