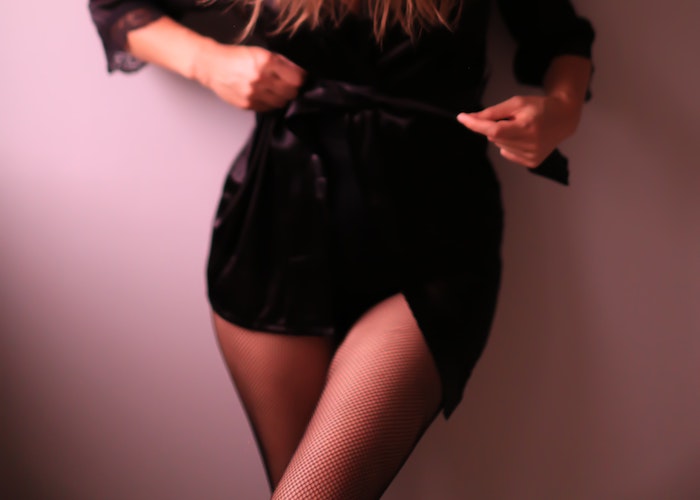 “I’ve had sh*tty retail jobs that treated me worse than my sugar daddy.”

This is hard to write.

A few years ago, at a particularly broke time in my life, I did “sugaring” aka I had a sugar daddy. Despite the advertising on the site I used suggesting otherwise, the process was essentially sex work. I would meet up with a guy (I only ever worked with one), we’d hang out for a bit, I’d sleep with him, and at the end of the night, I got paid. In cash.

Nobody forced me into anything. Nobody coerced me into the process. I just thought, I want to try this thing out, and I did it on my own terms.

“The guy I met up with for sugaring was nicer to me than many of my past Tinder dates.”

To be honest, it wasn’t much different from my usual habit of meeting up with people off dating apps — except, this time, I was actually getting paid at the end of the date. Actually, the guy I met up with for sugaring was nicer to me than many of my past Tinder dates. It wasn’t some dark, scary thing. I was at a point where I really needed some money; it was something I’d been considering for many years, and so I did it. My friends knew about it, and we’d talk about it openly.

The story begins, though, when someone from my family found out about my job. At that point in my life, I was still drinking, and one night I jokingly took a photo of myself spending some of my sugaring money and mentioned it in a caption. I had initially taken the photo to share with my friends — who, again, knew I was doing sex work — but in my blacked-out haze, I posted it to my Instagram story.

Now, I’m not stupid. Even though my friends and I were all very accepting of sex work and found it to truly not even be that big of a deal, I know that the vast majority of people look down on it. So, in my clearest state of mind, I would have likely kept that picture between only my friends and me. But I got drunk and posted it to my Instagram story. I saw it in the morning, thought, Oh sh*t, and promptly deleted it. 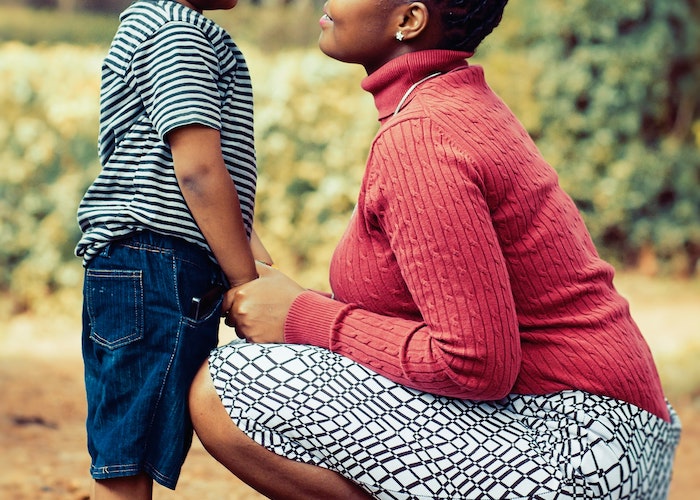 Essays & Confessions / Money Management Black Women Best: Economics Has a Diversity Problem, And Here’s How It Affects Everyone

It was quite a small, private Instagram account with not many followers, so I didn’t think much of it. Not many people had access to it, and nobody mentioned the story to me. So I moved on with my life, continuing to do sugaring every once in a while to make some extra money in between disability payments. I’m actually someone who really likes doing things by the book, funnily enough, so all the money I made (despite it being in cash) was reported to my disability worker. I just didn’t go into detail on where it came from.

However, someone in my extended family — a cousin I barely spoke to anymore, back then — had watched the story. And unbeknownst to me, my entire extended family on that side was now having phone calls with each other about me doing sex work, and deciding how they would address the “problem,” and how they would deal with the troubled, damaged, ridiculous person they thought I was.

They eventually co-ordinated an intervention: one that, I might add, I was never invited to. Instead, they sent my parents a cryptic text message: Meet us at the grave [where my grandparents are buried] tomorrow. Don’t call us. We can’t talk about it on the phone.

My first reaction was that my uncles and aunts had been hacked. Why would they ask to meet somewhere and not talk on the phone? I was freaking out, not because I thought it had anything to do with me, but because it seemed super strange.

So, my parents went. Everyone met at the grave (how morbid), they told my parents that I was doing sex work, and my mom and dad sort of awkwardly stood there. They didn’t know whether or not it was true, but they were nonetheless confused. Then the organizers decided to take this “intervention” to a local coffee shop, where they proceeded to lecture my mom (not my dad, despite it being his side of the family) on what a sh*tty parent she was for having allowed me to end up like this.

I should mention that I was an adult at this point. I had moved back home after years of living on my own because my disability had gotten really bad. I wasn’t a teenager. I wasn’t coerced. I was an adult woman, making this choice to do sex work of my own accord. And for some reason, it was deemed appropriate to lecture my mom (who is a wonderful mother) about how horribly she raised me.

My parents stood up for me. They didn’t even know if it was true or not, they had no clue I was sugaring, but they had my back, nonetheless.  They said, ‘Look, even if this is true, why are we all sitting here having an intervention about it, without her?’

Eventually, when they kept demeaning my mom and scolding her for her “leniency,” she had enough. She told them off, she stood up, and she left.

The aftermath of that day has been one of the most difficult things I’ve ever been through. Upon learning what happened, I texted the cousin who had told the entire family about my Instagram story, and asked why this whole intervention was necessary: Even if I was doing sex work, who were you to be holding this intervention for me?

Her responses still sting to this day. She told me how I had no sense left, how I’d gotten all the help in the world but still chose to be a damaged mess, how terrible I was for putting my parents through this, and a lot of other rude things I still think about on a regular basis. I’m not in communication with that entire side of my family anymore and neither is my mom. I feel bad for my dad, whose family it is, but I don’t feel guilty for what I did.

Womxn who do sex work are often painted as damaged, as forced, or as people who need to be “saved” from the work they do. I did sex work because it was an accessible way for me to make money when I really needed it. I did sex work because, as a low-income, disabled womxn, I couldn’t hold a “real” job at that point in time.

I did sex work because — newsflash — I’m a womxn, I like sex, and I wanted to get paid to do that thing.

Sex work is real work. Sex workers deserve to be respected. There is nothing less-than about having sex for money. I’ve had shitty retail jobs that treated me worse than my sugar daddy. There is power in womxn owning their sexuality and monetizing off of it.

Yet, the shame that I still feel to this day, for my choice to do sex work in the past, is deeply traumatizing. After the intervention, I stopped doing sugaring altogether. Not because I wanted to, but because I felt so deeply ashamed of what others thought about it.

We live in a capitalist society. There is nothing wrong with a womxn (or anyone) wanting to do sex work as a living So long as they feel empowered to do so and do it in a way that feels safe for them, sex work is valid. It’s simply just another way to make money, which is something we all need. Getting basically disowned by half my extended family made me feel otherwise, but I still believe that sex work is real work. And honestly, I wish I hadn’t stopped doing it just because of other people’s opinions.

Even right now, I can’t attach my name to this article. I know that it would disappoint people, and that it would look bad on my portfolio, since it’s not acceptable to society at large. And that stigma needs to change.

(Names have been omitted to protect the privacy of the author and their family.)