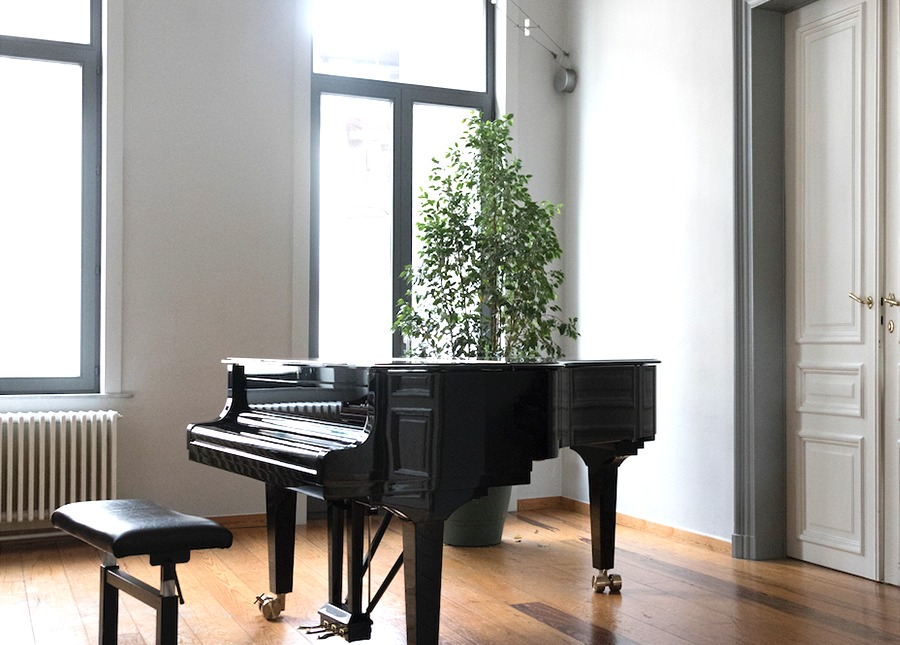 When I first moved in with my boyfriend, I was thrilled. I couldn’t wait to merge our belongings, cook meals together, and have someone to cuddle up to every night. I was also 20 years old and knew nothing about the financial strain this decision would later cause me.

Our relationship began during my first year of college. We started out as friends, which inevitably grew into something much more. As someone who had never been in a relationship as intense as this one, I took each new development in our union as a positive sign of our future as one. So when the decision came around to move in together during our final year of school, it felt like a no-brainer. We were young and in love — what could possibly go wrong?

As we started to plan for our new life as the couple that was too young to make big decisions, I was forced to sign my name on all of the dotted lines. It turned out that my future partner in life and love didn’t have the credit score required to apply for the basics like a phone, cable, and internet. This should have been a major red flag, but instead felt like something we could overcome together. So I did what any naive 20-something would do. I put everything we wanted in my name. It’s not like I had a choice; we needed cable and the internet to keep us entertained, and we needed the latest phones with the best plans even more. Of course, this was well before the time I finally understood the difference between a want and a need. As students, we viewed debt as par for the course until we would officially grow up and get real jobs.

We survived our first year living together without any issues. After graduation, we moved into the city and signed our name to another tiny apartment where we hoped our dreams would come true. The bills were still under my name but we both secured jobs to keep us afloat until we could find better roles in our respective industries. But the city was expensive and the reality of leaving our comfortable college life became too real for my dear boyfriend. He became complacent and started to skip work until he lost his job entirely — which he was hiding from me. The signs were slow to show up, but they did eventually arrive. He stopped contributing to household purchases like toilet paper, detergent, and groceries, and instead of questioning him, I would simply run out and got them myself. This pattern would continue until the financial strain on my already dwindling bank account became too much to handle. I began to resent him.

One day, a co-worker approached me during a slow shift to ask if everything was okay at home. I brushed off her concern in an effort to avoid sharing the depressing state of my personal life, but she wouldn’t let up. She suffered from anxiety and was worried I was beginning to experience the same, but I assured her that I was just fine. But one night soon after, as I was walking home, stressing over a new way to cook an inexpensive dinner, when I suddenly I stopped in my tracks. I felt frozen to the sidewalk and my breathing became heavy and unsteady. I was having my first panic attack.

That was the night I broke up with my boyfriend.

I immediately took action to cancel all of the bills connected to our relationship, but the damage was done. We were behind in phone payments by several months, bringing our outstanding total to well over $600.00. If that wasn’t hard enough, I was now staring cancellation fees in the face in addition to the tabs leftover for the phones we purchased, because we obviously didn’t pay for them outright. This brought our phone fees to well over the $1,000.00 mark. I had been feeding them a song and dance every month to scurry around the outstanding payments, but the phone company had zero sympathies left for me at this point. We also decided to leave the apartment we shared before our lease was up, which meant I had to come up with $600 for my half of the rent without actually living there. And the $500 deposit we initially paid was lost due to the fact I was breaking my lease, and my boyfriend wasn’t contributing a cent outside of what he asked from his parents. My bank account was sitting at zero, and I was over $2,000 in debt — most of which was sitting on my credit card. But the real damage was to my credit rating.

When I tried to sign up for a basic phone plan, I was promptly informed to contact Equifax. That’s when I knew I had to come clean to my family about what was really going on in my life. But I was so deep in debt that my parents could barely help. So I went to a financial advisor to try to consolidate my debt by applying for a line of credit with a lower interest rate. I figured if I could see all of my debt in one place, I would feel in control of the situation. She politely explained to me that in order to do such a thing, I would first need a clean credit score and a track record of paying my bills on time — and in the full amount.

Instead of falling into a pit of despair, I immediately took action. I made some tough decisions, which began with spending less money going out or simply not going out at all. I had to ask my parents to get a phone plan for me under their name, and for the first time in my life, I lived without the joys of the internet or cable because no company in their right mind would have given me an account. It was a very long and very tough year of living with limited means to fix my financial mistakes.

In some ways, I am thankful for that first boyfriend. If it wasn’t for his blatant disregard for responsibility and respect I may not have learned how to properly manage my money. And if we never experienced these negligent years I might not have created the budgeting spreadsheet that would dictate my financial success well into my thirties. As for him, I heard that he finally left his parents home (after several long years) to settle down with a new girl. I can only hope that decision cost less for her than it did for me.

Shorey is a Toronto-based writer that budgets her money so she can attend every concert her heart desires. She hopes to one day pen a book of essays about the things that have yet to happen. You can see what she’s up to on Instagram @shorstar.