What To Do When Your “Promotion” Means “Still Barely Making Money” 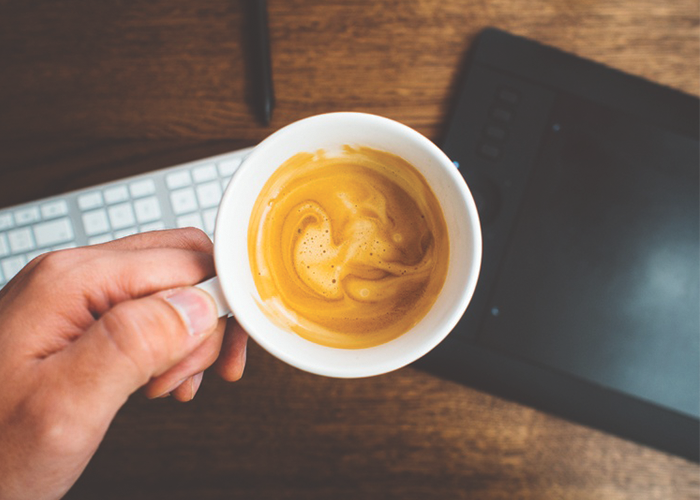 I took a new job as a copywriter about three months ago at a small but profitable eCommerce website. I had done some copywriting at my last job, but it hadn’t been my job title, so taking this was an important boost for my career. At the interview, it was explained that the job would start with a 90-day trial period that was paid hourly with no benefits. But after the 90-day period elapsed, I would switch to salary and benefits. It was explained that this was only because the company owns a call center in the suburbs, and, legally, for them to be able to hire some employees on a temp-to-hire basis, they had to hire everyone this way. At the time, I was fine with this because the man who hired me seemed genuine, and this was a promotion from my last job.

I thought I was likely to get a raise, since I was promised a salary after my 90-day period. I assumed that meant the salary was higher than the hourly rate. Also, after three months, it was apparent that this was a good fit and my performance had been commended by all the high-ranking employees of the company, including the owner and founder. Looking back, he didn’t explicitly say that the rate would go up after 90 days, but I feel like that was heavily implied. And he certainly never explained that the rate would remain the same. I feel like I was lied to. I feel like I took the job under false pretenses.

When he called to make an offer, he said they could pay $15/hr for the first 90 days. I agreed, even though it was a bit of a pay cut, because I wanted the “copywriter” job title, and felt like taking that title was the right step for my career. Plus, after 90 days, it was implied that I’d get a raise. But when I reminded him recently that the 90 days had ended he said, “Oh okay, I’ll make sure HR knows you are salaried at this point. You can enroll in health benefits and our retirement plan. Your pay rate will remain the same, but it’ll be a salary now.”

Fifteen dollars an hour equates to about $30k/year. The average rate for a copywriter in my city (Chicago) is $57k/year. Based on my experience, I was planning to ask for a junior copywriter salary, even though my job duties at this company are more inline with what a senior copywriter would be doing. My recruiter mentioned that he doesn’t really give out raises until at least six months. I’m torn. Not only do I feel a little conned, but I don’t want to wait that long. It feels like I’m being underpaid by about $20k, and I am worried that when he does offer a raise, it will be a 5% raise.

face-to-face, after I heard my salary would be the equivalent of the hourly rate. I planned to recap the specific language used during the interview and at the time of the offer, and say that I felt misled (specifically using the word “misled” instead of lied to, because I don’t want to point fingers at people). I also planned to mention that I took a salary cut to come to this new position, with the understanding that after 90 days a more market-competitive salary would be offered.

However, after discussing my predicament with other people, I’ve decided to wait until I’ve been in my position for six months to bring up salary. Once I calmed down, I realized the experience is invaluable. It was very difficult to find a position with a copywriter title, since I had never had that title before, and it is definitely putting my career on the right track. I’d like two years experience with that title before I send out my resume again. I don’t want to make this salary for two more years, but I fear that’s the price you sometimes pay.

Before this debacle, I had been enjoying this company so much that I had thought I might be able to stick around in the long-term, but after this setback I plan to leave after two years, and am still waiting for my six month conversation to roll around to see whether I can get a raise. Honestly, I am disappointed, and not just because I was misled by the man who hired me. I recently read that the key to growing your salary potential is to go from company to company (within reason), rather than stay at one place for many, many years. There are very little rewards given for loyalty. This company is small, family owned and very relaxed, so I thought I may have found a real gem. But now I feel like they’re just like any other firm, and after paying my dues for two years, and building my portfolio, it might be best to go elsewhere.

It was so difficult to find a copywriter position without a previous copywriting title, and that is true in many industries. It sometimes feels like just to be considered for your job title, you need to have held that position down elsewhere for three to five years. For this reason, I realize this is very worthwhile experience because it can help me reach my long-term career goals. My plan, as of now, is to stick it out. With a title, portfolio, and experience, there will be a new wealth of opportunities the next time I look for a job. And I will be much wiser, and realize the mistakes I’ve made, and be smarter about navigating potentially misleading situations.

I’m still not sure if the company intentionally lied, or if they truly thought the salary expectations were well communicated on their end. Either way, I feel foolish and naive. Either way, I will explain at six months that it was not clear to me. Even if it doesn’t do me any good, I hope it will help other candidates in the future.

At the end of the day, I can’t really afford to leave now, and I wouldn’t want my resume to reflect taking a position and leaving after 90 days. I am getting a lot of positive feedback about my copywriting, and am still pleased with this promotion. In addition, my duties include writing, shooting and editing videos. Everyone (including upper management) agrees that they are the best videos our company has produced. I’m also handling all of our social media accounts, and it has been noted by many that our Twitter followers, Facebook likes and general social engagement has been growing steadily since I came aboard. In other words, right now my performance is great, and I want to keep killing it here, and make the best of this job despite the salary confusion.

*Charlie Groves is not his real name.