4 Dark Truths I Learned Working For A Rich Family 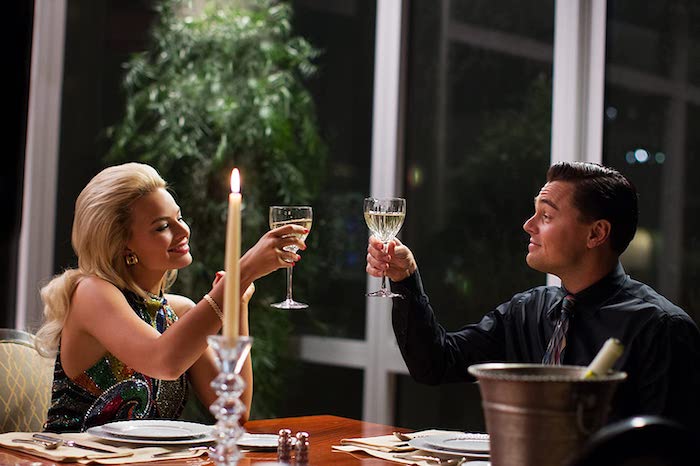 When we discuss economic disparity, it’s very easy to talk about what we see in front of us: differences in material wealth. If you commute in a private jet and eat Wagyu beef, you are living a very different lifestyle from someone who drives a used Mazda and eats Hamburger Helper. But something lies beneath the surface when it comes to differences in socioeconomic status – their values.

I went beneath the surface in 2017, when I graduated high school and moved to China to be an au pair (basically a nanny, but the main responsibility is to entertain the child). I worried I would experience culture shock, and I was right. However, the shock wasn’t what I expected. I assimilated into Chinese culture very well. It was the culture of wealth that I struggled to understand. I never did manage to assimilate, and I likely never will.

Over the course of ten months, I learned a lot about what rich people value. Quick disclaimer: These are generalizations based on my own experience and they may seem harsh, and it might make you uncomfortable. If you’re wealthy and reading this makes you say, well, I don’t believe that, I encourage you to think beyond yourself – you probably know people who do. Here’s what I learned.

Upon being hired, I was asked where I was going to college. My answer, a public university, disappointed them. Our last au pair went to Georgetown University. I felt confused, even embarrassed – I was there to care for a child, what did my college choice have to do with it? That was only the beginning, though. Everything was about prestige and very little was about genuine quality.

It was the culture of wealth that I struggled to understand. I never did manage to assimilate, and I likely never will.

The child I cared for, who I will call Y, lived under the shadow of her parents’ obsession with reputation. Her ballet teacher was among the most famous contemporary ballerinas in all of China. She attended the #1 public school in Beijing. Every time we went shopping, her mother would shove clothing at me, saying, “Is this a famous brand in America?” I started lying, saying that every piece was from a renowned designer brand that everyone in America wished they could afford. Satisfied, she would put it back, and two days later return home with an identical but counterfeit piece. It was never about quality. It was always about prestige.

It’s not just wealthy folks in China who think this way, of course. Upon returning to the USA, I found more evidence for this obsession with prestige, especially on campus. My wealthy peers who went to private high schools never failed to mention the prestige of going to a well-known high school. Firstly, I had never heard of these schools, and secondly, we all ended up in the same place, so why did it matter? It wasn’t important to them, though, because what mattered wasn’t the outcome of paying tens of thousands of dollars to pass (or fail) algebra. What mattered was the promise of prestige – the idea that, someday, they would mention where they’d attended high school, and their captivated audience would say, “Wow!” That day would likely never come, but the promise was there, and that’s what rich people crave.

The opera was the first of many exclusive experiences I was awarded, simply for working for a wealthy family. We were given tickets, which made us more special than those who could afford the tickets but had no connection to the theatre itself. Y’s father was a department head at China’s best performing arts school, and that gave us exclusive access to that world.

In the following months, I would be taken to a film festival, a month-long vacation at a private resort, and the houses of actors, directors, and socialites. I recall walking past crowds of journalists and onlookers into the film festival opening ceremony, and wondering, Why am I here? I do not deserve this. I sat ten feet away from one of China’s biggest pop stars, all the while thinking, Am I the least important person here?  It felt too exclusive for me, as though I were intruding into something private. Something for rich people.

When the curtain between us closes, we are no longer the same.

Rich people love exclusivity because it reminds them that they are special. We all want to feel special, but rich people have the means to constantly receive that comfort. Well-intended rich people find exclusivity everywhere they can, without even realizing it. They live in gated communities, go to expensive private schools, and join country clubs. When they sit in first class as the economy passengers file by, the message is clear: When the curtain between us closes, we are no longer the same.

When the wealthy discuss working hard, it is frequently in the past tense. I worked hard to be where I am today is a common refrain. In the case of Y’s father, this was certainly true. He was born poor and was miraculously discovered by a traveling Beijing Opera troupe. He was the epitome of upward mobility. He worked hard to achieve his success. His child did not.

I did her homework for her. I was forced to because it wasn’t worth her time, so the task fell upon me, a 19-year-old, to complete a 10-year-old’s schoolwork. I remember telling her once that she had to work hard in life because nothing in life is handed to you, knowing fully well that, honestly, plenty of things had been handed to her. A spot in a top school, a constant flow of au pairs, even a movie (yes, her parents wrote, produced, and directed a whole movie so that she could be a film star by age 7. It features some A-list actors who are friends of her parents). Her response to my middle-class wisdom? “I don’t want to, because working hard takes time.”

For the wealthy, working hard can be optional. In the wake of the scandals regarding the wealthy paying for their kids’ admission at top universities, it has become more and more obvious that, for those with means, hard work can be bypassed for a fee.

“Authenticity” is a commodity to them

The trope of the starving artist is romanticized by the wealthy. Y’s father, who grew up poor, spoke highly of his students who came from less privileged backgrounds. When we all went to the cinema to see Loving Vincent, the whole family gushed over Van Gogh’s authenticity and anguish. This wealthy family loved the poor, but only if they produced art. Other poor people did not matter.

This has some very positive effects – the rich are willing to pay more to purchase handcrafted clothing, donate to museums, and support live theater because they have the means to do so. Wealthy patrons allow the arts to thrive when public funding is insufficient, and funnel money towards initiatives that can benefit lower-class artists.

But there is a darker side. Wealthy people, in their pursuit of the most authentic pho or the most underground music scene, enable gentrification and push out the very culture they so admired. When there is no more “authenticity” left in one place, the wealthy will reach for the next scrap of authenticity to enjoy. They do not see the destruction behind them, only the excitement ahead. A culture’s “authenticity” is merely a commodity for their consumption.

The rich will even hide their wealth in order to seem more authentic. Rich people, due to their removal from the rest of us, are largely unrelatable. However, the rich, especially rich youth, crave the “authenticity” of poverty. When wealthy American kids go thrift shopping, complain about being “broke,” or retweet pithy jokes about eating the rich, what they are saying is, Look! I’m just like you, minus the student debt and ever-present financial anxiety!

Perhaps it is off-putting to read about the wealthy in such a critical light when our world has made wealth not only an aspiration but a necessary prerequisite to comfort and influence. When we see privilege, we crave it, rather than question it. But questioning privilege needs to happen, and now is a better time than ever.

My venture into the world of the wealthy left me feeling alienated, humiliated, sometimes even bitter. But it gave me a sense of understanding I previously did not have. A world built on the values of just a handful of people is not a world where the rest of us can live happily. We must question ourselves – what good is the search for prestige when it comes at the expense of others? Is a world where we value people only for their creativity or productivity a world worth maintaining? Should we want to live in a society that desires exclusion? I spent just a brief part of my life – ten months – living in the world of the wealthy, but it was enough time for me to realize that it was not a world to which I have any intentions of returning.