What You Learn About Money When Your Parents Get Divorced 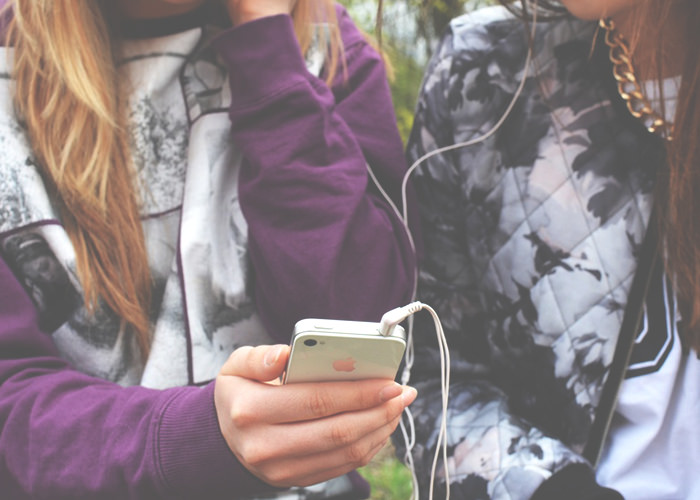 When I was seven, I was obsessed with how much things cost at the grocery store. I was constantly reminding my mother not to splurge, except occasionally to buy a pack of Pinwheels, a mallow bar-like cookie with a fAnCy crown-shaped chocolate covering. But other than that, I was acutely aware of how much everything was, and whether the expense would be taxing on my mom, who was supporting two kids on a tight budget.

If your parents get divorced when you’re a young kid, you end up exposed to things that wouldn’t otherwise cross your first-grader radar. I don’t think it’s problematic or damaging to hear about ~grown up life~ (money, housing, occasional relationship tidbits) when you’re young, but it makes for a different atmosphere growing up.

For the first eight years of my life, I spent majority of my time with my mother because my dad still lived in Montreal, where I was born. When you live with a single parent, who just got divorced, you inevitably become their confidante simply because they don’t have a partner anymore. Which is how I ended up knowing enough about our financial situation to dissuade my mother from buying the organic produce. Even now, I have the overly frugal tendency to resist buying things that aren’t absolutely necessary. And I still call home to remind my mother that she shouldn’t be buying me clothes.

My father, who, by the way, is the exact opposite of a deadbeat dad and actually deserves several hundred parenting medals, moved to our area in Massachusetts when I was in elementary school. So, by age 9 or so, I ended up in a fairly typical joint custody situation, with my brother and my time (and expenses) getting split between two parents.

I sometimes think people who grew up in one home, with married parents, assume that children of divorce’s finances aren’t so different from theirs. After all, your parents are still supporting you as you grow up, it’s just coming from two separate bank accounts instead of one. In theory, that’s true, but here’s the thing: divorce is essentially the division of assets and even years after everything has been separated, no one is ever satisfied by how things turned out. It ends up giving way to something a lot of children of divorce experience: Your parents are still fighting about money and you always feel caught in the middle. You’d think that financial security would help that problem, but it rarely does.

When you’re splitting up a marriage with children, it isn’t just about who earned what. It’s about who enabled who to earn what. Sure, maybe your dad made a lot of money, but maybe it was your mom who found that opportunity for him. Maybe your mom had to put her career on hold to care for the children, so your dad could stay at work and advance his career. Or vice versa. Whatever your parents’ situation was, it always comes down to who should be paying more to support the children.

And that’s how divorce ends up affecting you financially as a child, and well into adulthood. Whether your family was tight on money, or had plenty to spare, it’s always confusing and hard to decide who you should turn to to ask for money — who should be covering your school costs, your health insurance, even your birthday dinner.

You end up seeking financial independence not because you need to in order to relieve the burden on your family (though, of course, that’s a huge part of it too), but because you are sick of the dispute money always causes between divorced parents.

I tried to be as financially competent as I could be, especially during my last couple years of college. I started waiting tables during the semester. I’m sure I could’ve asked for help instead of taking on as many shifts as I did, but when you come from divorced parents, you want to have your own money because it’s easier than opening up the “who should I go to for money” can of worms. The fact that your parents could help you with a few extra living expenses becomes slightly irrelevant because you still have to face the hurdles of a) which parent you’d go to and b) whether they’d say yes, or send you to the other parent.

Going to one parent for money always has the potential to spark the “shouldn’t you be asking your father/mother for it instead?” debate. Which opens the conversation of which parent paid more child support, or which parent had to shelve their career to take care of the kids while the other made money. Which THEN translates to pointing fingers of who wronged who, and who ripped who off, when all the while you were just trying to ask if someone would help you buy a few textbooks.

So that’s how I learned to start buying the textbooks myself.

My parents, of course, are still my favorite people on this planet and the next, and they supported me as I grew up, and throughout most of college. If I ever really needed help paying a health insurance bill, I know who I’d call and I’m extremely fortunate that I would still be able to get help. But for the most part, I chose to start paying my own way because it was easier than the alternative, which is how growing up with divorced parents prompted me to become financially independent sooner than I otherwise would have.