Why I Joined, Then Left, The FIRE Movement 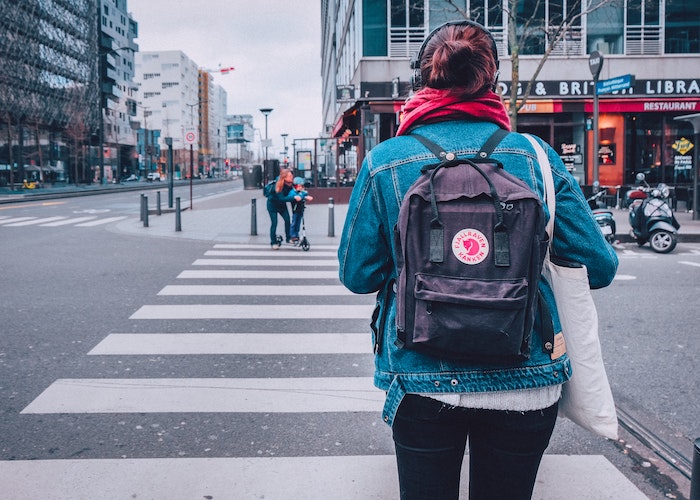 I first heard about early retirement when I was 21 years old. I was a year out of college working an entry-level job that I hated, spending the days counting the minutes until I could go home, just to wake up and do it all over again. I couldn’t believe I was going to spend the next 40 years doing this on repeat. When was I going to travel? Or write my novel?

Then I stumbled across an article from the Financial Independence/Retire Early (FIRE) community about how to retire in nine years, and decided that my life’s purpose was to retire by the time I turned thirty so I could pursue my dream of being a novelist.

That was the goal I had my eye on. I was going to “retire” in nine years by saving the vast majority of my income.

If you’ve read anything about the FIRE movement, you’ve probably seen that it’s a pretty committed group of people, many of whom believe that early retirement is possible for everyone and the answer to just about everything, and if you don’t agree then you’re just being a “complainypants” — an actual term used by some people in the FIRE community to describe anyone who doubts that FIRE is possible for them.  I’ll admit, I used to think those things, too. But over the past eight years, I’ve found myself more and more uncomfortable with the ideology behind FIRE.

If you dissect the FIRE movement, you’ll find it has two core elements:

For the most part, the investing advice is spot on and even mainstream at this point:

As for frugality — who can argue with that, right? But there’s a catch, and it’s a big one:

Much of the current FIRE rhetoric is built on the idea that every and anyone can achieve FIRE. One of the most quoted pieces of FIRE lore states, “This country (America) is rich enough that you can become wealthy even without perfect self-discipline – even on minimum wage.”

It’s taken me a long time to understand that a more accurate version of that sentence would be: “You can become wealthy on minimum wage —  provided you don’t have: children or other dependents, ongoing medical conditions, bad credit, a disability, face a natural disaster, are abused by a partner, get sued, have relatives in poverty who need your help, face addiction, get deported, have student debt, struggle with mental health, have unstable work, deal with fraud or identity theft, have a complicated relationship with money, or are one of the 40% of low income Americans who lost their jobs due to a global pandemic.”

You get my point. 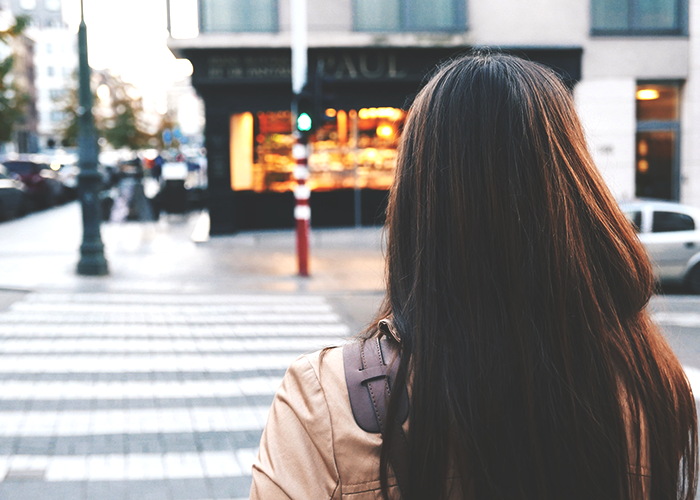 Within the FIRE community, we often talk about the principles of personal-responsibility: the idea that if we take full responsibility for our choices, actions and belief systems, we can affect the outcome of our lives. In other words, your ability to save more and live on less is driven by personal, moral strength, not circumstance. But the truth is that most of the people who have retired early (and are now proselytizing the movement) owe their success more to political and economic forces outside of their control than they do to their savings rate or spending choices, which were in their control. To be fair, there are people within the FIRE community who are doing a great job of calling out sexism or providing resources for low earners. But overall, the FIRE community ethos is based on the myth of individualistic responsibility.

The FIRE community ethos is based on the myth of individualistic responsibility.

Now I’m thirty, and for the past three years, I’ve been “financially independent.” That means I have enough money that I can support myself (albeit in a very frugal lifestyle) without working for the rest of my life. Just like my fellow FIRE devotees, I’ve often felt that I was solely responsible for my financial situation. After all, I’m the one who aggressively negotiated my raises so that I went from making $29,000 in 2011 to $79,000 just five years later. I’m the one who bought four properties that nearly doubled in value within those same five years. I’m the one who spent years cleaning gutters, fixing toilets, and changing light bulbs. I’m the one who drove the old car, skipped the expensive vacations, and lived with roommates long after I could afford not to.

But if you erase Portland’s tech boom and real estate boom — two trends that I cashed in on in my 20s —  things look different. I would still be doing well financially, but I wouldn’t be close to early retirement. If my wages hadn’t been somewhat falsely inflated by the tech boom, but instead had increased only by the national average since 2011, I would still be making less than $50,000. I mean, there’s a reason so many FIRE followers are tech workers!

More importantly, if I hadn’t bought real estate during one of the hottest growth periods in Portland, Oregon’s history, I wouldn’t have reached financial independence at all. I wouldn’t own four rental properties because I wouldn’t have had enough money to buy real estate in the first place. That doesn’t even take into account the stock market, which has nearly doubled my contributions since I started investing in 2009. If you take away those three boosts (the stock market, the tech boom and the real estate market), I would have a net worth of around $250K. That’s still a significant amount of money in the bank but about 20% of what I have now. That means I’m personally responsible for 20% of my current situation, while the other 80% is just plain good luck, circumstance and privilege.

“I’m personally responsible for 20% of my current situation, while the other 80% is just plain good luck, circumstance and privilege.”

Of course, I didn’t see it that way at the time. In my mind, I was a lone wolf, fighting stoically day and night against opposing forces. That version is so much more appealing than the real one — that I rode my good fortune like an electric bike up a hill, laughing gayly in the breeze while the sun shone down on me, yelling back to those trudging behind me on foot, Just walk faster! It’s not that hard! Anyone could do it!

I’m not discounting the value of hard work or trying to pretend I just woke up one day and was financially independent, having no clue how I got there. I certainly put in late hours, took on extra jobs, and did a fair share of labor on the rental properties. I also made a number of personal choices that helped: having roommates, working a second job, not having a wedding, driving an old car, the list goes on. And while all of those things helped, just how much did my personal responsibility move the needle?

All those weekends fixing toilets? Probably saved me a total of $4000. The extra job? Maybe $8000. The roommates, the wedding, the old car? At most, $25,000. Being frugal and working hard may have saved me some money — a lot of money —  but when you break it down like that, it’s clear that frugality is not what enabled me to be financially independent. I owe my financial independence almost entirely to being lucky and being advantaged.

Being frugal and working hard may have saved me some money — a lot of money —  but frugality is not what enabled me to be financially independent. I owe my financial independence almost entirely to being lucky and being advantaged.

And this is true for so many of us in the FIRE community. We discount not just the real estate boom and the stock market boom and the tech boom, but all of our privileges and advantages, which include, but are not limited to: healthy bodies, financially savvy families, scholarships to college, a natural proclivity towards frugality, or even just being at the right place at the right time. But nope, these don’t matter. Instead, we focus obsessively on small personal choices like eating at home, biking to work, or downsizing to a smaller house. But the reality is that most of us are personally responsible for only a small fraction of our financial situations.

If I’m only responsible for 20% of my wealth, shouldn’t that be all I get to keep? What about people who are only responsible for 20% of their poverty? Why do they have to accept 100% of their misfortune while I enjoy 100% of my good fortune? And for all of us who became wealthy from the 2008 real estate and stock market crash, what about all of those who lost their homes, all their money, and in some cases, their lives? Without the veneer of personal responsibility, the answer points to inequality — plain and simple.

“But the reality is that most of us are personally responsible for only a small fraction of our financial situations.”

Right now, our country is coming face to face with the reality of racial inequality that we all live with every day, whether we recognize it or not. Nothing better illustrates the absurdity of the personal responsibility and personal accountability mythos than the wealth gap between Black families and white families. The wealth that is being passed down through white families was taken from Black families through a long history of racism via slavery, redlining, generational poverty, the war on drugs, bail laws, etc.

I don’t know what would fix the enormous inequality that exists in our country and in our world. All I know is that, if you look at the data, personal responsibility is largely a sham. It blinds us to our own good fortune, robs us of compassion, and makes us apathetic to changing public policy that would actually level the playing field.

There’s nothing wrong with being rich, being frugal, or retiring early. There’s also nothing inherently wrong with being physically healthy, being born white, or being born in America. It’s just another part of life that is largely out of our control. But for those of us lucky enough to be financially secure, let’s stop patting ourselves on the back and prescribing financial independence as a cure-all to the legitimate financial concerns of our fellow citizens. FIRE may be an option for those of us privileged or wealthy enough to consider it, but it’s not a realistic answer to poverty.

And for those who didn’t get dealt a winning hand, who are dealing with crippling medical or student debt, or are raising children alone and can barely afford childcare, who didn’t have financially savvy parents, or who have just been plain unlucky (COVID-19, anyone?), give yourself a giant break. If saving half your income seems impossible, don’t feel bad. You’re not being a “complainypants.” You’re just being realistic.

FIRE may be an option for those of us privileged or wealthy enough to consider it, but it’s not a realistic answer to poverty.

Emma Pattee is a writer from Portland, Oregon. Her writing has appeared in The New York Times, The Cut, Real Simple, Elle, and more. Get insider details about each story on Instagram at @elpattee or on Twitter @emmalincolnblog.