Why People Without Student Debt Are Probably Keeping It A Secret 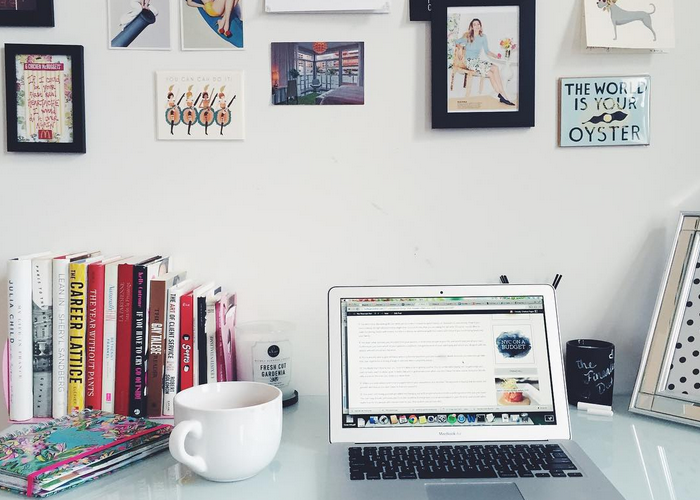 There has been a lot of discussion on and around TFD the past few days about student debt, and more precisely how having it affects your ability to make other commitments as an adult, like getting married, owning property, or having children. We’ve heard from people who don’t have debt (and don’t want to marry into it), and people who have quite a lot of it, but have found that it hasn’t prevented them from doing any of the things they want to do. In commenting on the former article, I mentioned that I also don’t live with debt, and would also take marrying someone with significant amounts of it very seriously. As is often the case, the accusation was made that my parents essentially forbade debt because they had the “luxury” to do so, and that I lived a financially sheltered life.

Though this kind of response is pretty par for the course when you admit that you are not carrying your generationally-ubiquitious student debt, I admit that it still stings, and still inspires a desire to defend yourself, even when it’s just one comment (while the author in question was receiving dozens of similar accusations, in much less civil terms).

In my case, as many of you might know, the fact that I don’t have student debt didn’t come from any sort of luxury, but rather my parents forcing me to go to community college and then setting a very low limit on what they would pay (or sign on) per-year once I transferred, which made me choose to go to a very inexpensive school out of the country. (I ended up dropping out when I got a job, so I don’t even have a degree.) And while technically I am not debt-free, I have so little of it (in the range of several thousand dollars of government loans, which I stupidly used to finance my life while I went to CC), since they have little to no impact on my day-to-day life and financial future, I generally don’t consider them.

And while I admit that my family is middle-class, and that I have (and had) much opportunity in life, I have experienced financial insecurity several times in my life, both as a child and as an adult. I’ve ruined my own credit, gotten into and out of credit card debt, and drained my savings (including my emergency fund) several times over. While I am luckier than many, I also have not experienced a particularly sheltered life, financially, and have also not made most of my choices (or had them made for me) based on any idea of luxury. I have often made the choices that were unglamorous, or even openly mocked, in the interest of being more conservative with money, or fixing what I had managed to mess up.

The assumption that anyone without student debt is inherently more privileged is a particularly frustrating one then, because not only is it an inaccurate assumption for many people like myself who simply chose alternative educational paths, but it’s also inaccurate to the great number of middle (or even upper-middle) class young adults who simply chose expensive schools. Speaking personally, I could name nearly a dozen people off the top of my head who were as well or much better off than I, who simply attended very expensive programs. And even if you had a family with a truly exceptional amount of income to spend on education, very few people would be able to finance any of the many schools that come with 50k or more per-year price tags. Even someone whose family income is well into the six figures wouldn’t be able to finance that kind of education without at least some loans helping out.

And those same people who chose expensive schools — or, more often, the same parents who encouraged their children to attend them — looked down their nose at alternative options like community college or even technical schools, because they are simply much less prestigious and, to some degree, regarded as a failure. The cultural notion of “if you can get into a ‘good’ school, you should absolutely go to it” is still very much ingrained in all of us, and while I don’t blame anyone for choosing the path that society tells us all is the right one to take, I also think it’s unfair to cast a blanket distinction of “privileged people who are debt-free, and had the luxury to be so” and “unprivileged people who have to live with massive debt.” There are certainly rich people whose parents just cut a check for NYU or Oberlin or whatever, but there are also plenty of lower-middle class people who found alternative ways to get their education, as well as solidly upper-middle class people who needed some help financing their studies. It’s simply not a black and white dichotomy.

But these are the assumptions that people make, and the judgments they will throw your way when you make it known that you are (mostly) debt-free. Of the many people I know from community college who managed to finish with sub-10k in student loans, I can safely say that none of them came from particularly privileged backgrounds. They just went to CC, transferred to inexpensive state schools, and often lived at home while commuting to campus and working a job. It’s not something that everyone can do, and I fully admit that you do need some level of privilege to make it a possibility (even if that just means having a family house you can live at while going to school), but it’s certainly no more a feat of financial flexibility than partially funding an expensive private school education with loans.

In rushing to defend people from financially unstable backgrounds who need to take on loans to further their education and, therefore, attempt to escape the cycle of poverty, we often forget that many of the loan-signers are in no way part of this demographic. And in doing so, we often pass judgment on the people who managed to avoid debt, even if it was done through a series of pleasure-deferring, unglamorous choices. Many of the people I knew at community college would have loved to sign on for a few years of The College Experience, but knew that it would cost them too greatly in the future. That they receive the double judgment of having chosen an alternative education, and in being perceived, after the fact, as an oblivious child of privilege, is pretty frustrating. It’s enough to keep the fact that you don’t have debt a secret.

Among my friends who don’t have debt, I can safely say that only one or two are that way because of, simply, rich families. But even amongst the people who simply did things like get scholarships or get in-state tuition at a super-affordable school because of a specialized major, being open about the fact that you have no debt is simply not desirable. You know what people will think of you, regardless. And while it would be stupid to deny the ramifications that come in adult life from starting five or six figures in the negative, it’s also not universally something that was undertaken by the poor to give themselves a shot at a better life, nor is it always in the pursuit of a degree that essentially guarantees them a high-paying job. Sometimes people just chose pricey schools, majored in something not career-oriented, and live with debt. And I don’t know where we’re measuring the privilege scale, but I would imagine a situation like that definitely falls on it.

At the end of the day, if we want to meaningfully reduce the stigma around either having debt or not having it, we have to start being honest about the diversity within the narratives of how we accrue it. The longer we pretend that college is a necessity for everyone — regardless of what you study — and that everyone who took money to pay for it was doing so to make a better life from humble backgrounds, the longer we’re going to stay in this cycle, and encourage more people to take on unnecessary debt. Being open about the very practical ways to avoid debt, and de-stigmatizing the choices every student can actively make to help that, might eventually lead to a world where we don’t feel obligated to take on loans, and then ashamed for having them. College is valuable, and serves a huge purpose in society — and everyone’s story about how they navigate it is unique. It’s probably best, if you don’t know that story, not to judge.