Why Prenups Are More Romantic To Me Than Weddings 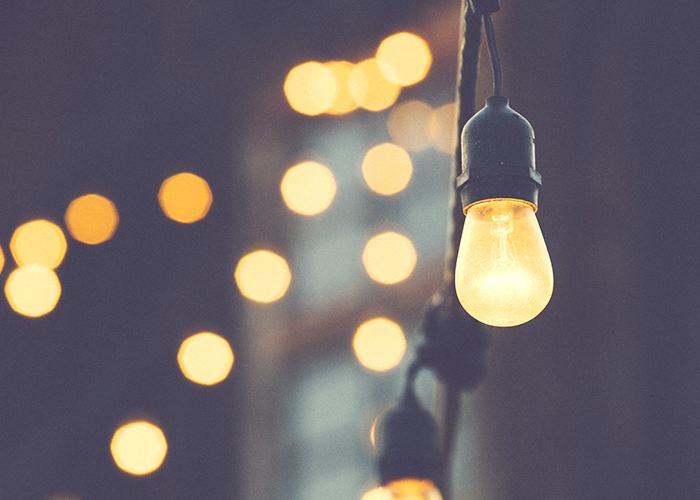 I remember the first time someone told me they had a prenup. I was at a dinner several years ago with friends and friends-of-friends at the time, several of whom were significantly older than me. The prenup was mentioned by a woman in her early 30s who bore all the superficial markers of “adulthood” which still feel compelling to this day: she was elegant, well-dressed, short-haired, had a job that looks good on LinkedIn, and never peppered her sentences with “sorry” or “like.” I was as mildly obsessed with her as one can become over the course of an evening at a restaurant. But when she mentioned her prenup in passing, while talking about a female relative who was soon to be married, my heart dropped. “Oh,” I thought in a very literal way, “She’s one of those women.”

I imagined those women to be the Devil wearing Prada, the career girls, the ladybosses, the ball-busters, the ones in the romcom who inevitably ended up alone and bitter in their austere apartments. It was a grotesque stereotype, but as someone who’d never before heard of a prenup in my own life — and thought of them as the unique domain of rich men who wanted to protect themselves from their decidedly non-rich brides — I assumed a woman volunteering the contract herself must indicate a bitter, untrusting, cold personality. My admiration for her untouchable appearance dissolved as I ate my dinner in silence, thinking of how deeply un-romantic it all was.

“I would never marry a man who wanted a prenup,” I later declared to my then-and-now boyfriend. “That would mean he doesn’t trust me. I wouldn’t want to marry a man who thinks he’s going to divorce me.” He disagreed, but didn’t press the issue, I assume because he loves me enough to suffer my frequent, exhausting declarations of absolutist ideology.

Last year, a solid few years and a move to New York since that notable dinner, I found myself attending a minor stream of weddings (and receiving invitations for more, which I couldn’t attend), which led to a bit of recalibration of all things nuptial. I know a few things for certain — I would like to be married to my person, I would like to do that in the presence of a small handful of people, and I would like to do this at a time when I am not also simultaneously working to grow a business in its infancy. Sometimes this is at odds with the more purely-romantic ideals of my extended family, but I’ve learned that part of pursuing my own business is inevitably disappointing those around me, to an extent. But I am happy, my person is happy, and that’s what matters.

But attending these weddings — clinking the champagne glasses and eating the food and appreciating the floral arrangements and dancing to The Wobble — I’ve realized that the traditional wedding ceremony doesn’t trigger anything in me personally, in terms of swoony, heart-dropping romance. I love being around the people I love, and seeing them happy, and getting to be present for a very special moment in their life, but I have never seen a white dress or a reception hall or a cake and thought “I want that.” I have never dreamed of the fairy tale, but suspected I might enjoy it when the time came. Now, I feel fairly certain I wouldn’t, and I’m happy with that.

And this minor awakening has made me think about what I really do find swoony, even if it’s not the things I’d always imagined they might be. And it wasn’t until fairly recently that I realized — hey. I’m a business owner. I have assets, ones my boyfriend was here for from the beginning, and invested in heavily in many ways. I would want to write something out before we married, delineating everything that is fair and right, and making sure that we’ll both always be taken care of in a way that is representative of what we have built together. Even if the worst should happen, I want him to have what he deserves, and to be safe, and I know he feels the same for me.

About this, he said, “Well, if you think about it, wishing to protect someone even if they leave takes courage. It’s harder than just wishing they’ll stay.”

Thinking of doing this — of the respect and the care and the facing of the possible ugliness of life together — makes me swoony. It makes me feel not just romantic and love-y, but proud. I have a teammate, and no matter what happens in life, we will always want to treat each other with the fairness and compromise that teammates deserve. I have never gotten that fluttery feeling over a single Pinterest board about DIY centerpieces, or even the idea of picking out a diamond ring, but I feel fluttery just now writing it. It makes me feel more brave and adult than nearly anything else.

And in building TFD, the refrain we have heard over and over again from financial experts and institutions is how much women must think of these things. We must be confident, understand our rights and assets and view the world pragmatically. We must take our futures in hand, so that should anything happen, we won’t be part of the depressing statistics about women who only assess their finances in the case of death or divorce. That we always be covered, and that no one feels like they have an edge over the other in tough moments, are essential. My desire to have a clear financial plan, including in case of possible separation, feels less like a choice and more like an obligation to myself, present and future.

Just a few days ago, I found myself in a very similar conversation to the one at that dinner several years ago. But now, I was the woman sharing the very pragmatic reasons for wanting to draft something up for marriage, and I was sharing the gospel to a bewildered-if-more-receptive-than-I-was friend. I was the one evangelizing prenups as a very romantic and necessary thing, and I was the one hearing in return how depressing it can be to think about.

And it made me realize that perhaps the confidence I sensed radiating from that woman at the dinner table was less about her tailored blazer or her business card, and more in her utter ownership of herself and her future. She knew that, no matter what happened, things were taken care of and she knew where she stood. Her romance was not cancelled out by her pragmatism, but rather emboldened by it. And my image of her ending up alone with a cup of ramen because she was too logical about love only made me look like a fool.

There are so many beautiful parts of choosing to be with another person forever, and one of the most beautiful, in my view, is your mutual confrontation of all the scariest bits of life. Together, you can think about the unpleasant. You can look the worst-case scenario in its face and choose to be bigger. The feeling of doing this is, to me, so much more romantic than the (undoubtedly lovely) party that will accompany it. I cannot wait to dance, and drink, and laugh with the people I love most on that day when it comes, but I know that I will dance, and drink, and laugh with the people I love many times in my life. I will only get one chance to make sure the person I love most in this world has everything he deserves, no matter what happens. And I want to make it count.