My Worst Financial Habit & How I’m Working To Overcome It 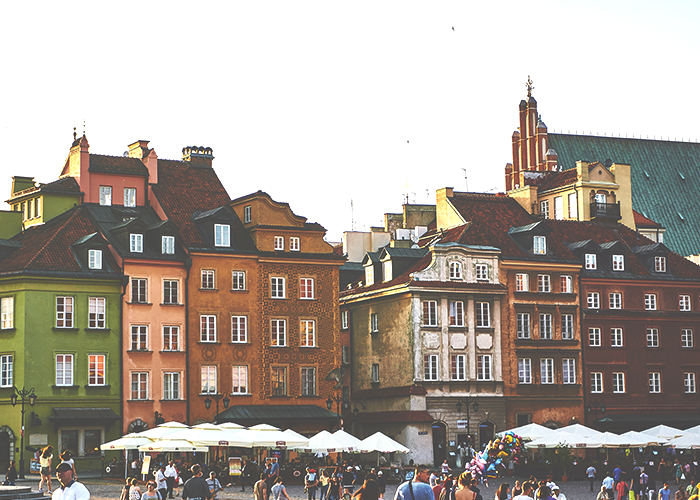 Not long ago, I realized that I had put a serious ding in my credit score because of a credit card bill I forgot I had for a few months. I wrote about it on a #totalhonestytuesday, which felt like (at the very least) a kind of atonement, and at least a way to turn my dumb mistake into a possible reminder for others. But the truth is that, particularly at this stage in the game for TFD, managing to forget a credit card with a tiny amount on it felt incredibly embarrassing. I’m not a financial expert, and likely never will be (I certainly have no desire to be), but at the very least, basic mistakes like this should be well behind me. I feel I have at least some responsibility to TFD, beyond just to myself, to be better at this sort of thing.

But at the same time, it can be easy to forget where I was before I started all of this. I know I joke about it a lot, but I really was the worst one could be with money. And yes, it manifested in things like me getting arrested and dragged to court, hounded daily by credit, or losing friendships over my money mistakes — but all of my terrible money mistakes really came from one fundamental, rather banal truth: I was, and in many ways still am, a chronic avoider. It’s a combination of laziness and anxiety, one exacerbating the other, but it almost universally has the same effect: I forget to do something, I feel too lazy to go back and do it, I get anxious about the problems it might have caused, I avoid looking at it, I feel guilty, and then, by the time I finally address it, it’s much worse than it needed to be.

As a perfect example, I recently did a little Q&A with PolicyGenius at FinCon about why I didn’t have health insurance for several years, and it immediately came back to the laziness-and-anxiety combo. My terrible relationship to money literally put me in immediate medical danger, for years on end. Enjoy the video (and my somewhat-kooky hair) here:

Anyway, this avoidant habit is present in pretty much every area of my life (hello, doctors’ appointments!), but it’s never more destructive than with money. And while I feel proud to say that I am much, much better with this than I used to be, and the credit card issue was more of an exception than a norm, I need to acknowledge that I’m not totally rehabbed from my compulsive-avoiding habit. I still have to actively work on it, and I have to stay on top of my efforts to counteract it. And part of that, as with everything else on TFD, means talking about it to stay accountable.

So what have been the biggest and most helpful changes I’ve made to get ahead of my own bad habits? Well, first and foremost, I have outsourced the things that I’m worst at. Paying the extra money each year for an accountant to do my taxes and handle my pressing money questions has been beyond worth it, both in terms of the money and my own mental health. Without exaggeration, the $1,000-ish I pay each year to have my personal LLC and TFD taxes done comes back at least three-fold. And this is almost money I would have undoubtedly missed out on, because the tax code is gibberish to me, and I will always miss tons of useful information in a rush to get it down as quickly as possible. Having someone I know I can trust to get me the maximum refund, as well as to whom I can forward legal money questions, is a huge relief. If you know you are shit at handling your own money — especially if you have even one extra source of income outside of a salary — pay an accountant.

And beyond the pros, simply enlisting people in my own life to help hold me accountable and discuss these issues with has been huge. If you have a tendency to avoid something, tell someone you love and trust to follow up with you on it. I can almost guarantee someone between a parent, a sibling, a partner, and a best friend will be more than happy to help stay on top of you about something important you’re liable to procrastinate on (something like, say, making a detailed student loan repayment plan, or opening a retirement account). There is no shame in using others to help hold yourself accountable, and beyond just sharing my ~journey~ with TFD, I’ve come to use plenty of people in my own life to help kick my ass (and I take great joy in kicking others’ asses back!).

Most importantly, though, I’ve simply started practicing increasing radical honesty about finances. If I fuck something up, like the credit card thing, I get it out right away. I practice radical honesty with TFD’s journey as a business — where we are, who and what we can pay, how we make money. I open up all channels of my financial life to scrutiny and discussion because being honest means two big things: One, nothing can be used against you or cause you fear/shame, and two, being open means having to take full ownership of your (sometimes shitty) choices.

A huge part of the lazy-panicky-avoidant cycle was this utter fear of the truth, a pattern of hiding my stupid mistakes because I thought they’d make people think less of me. I pretended to be better with money and life than I actually was, which ultimately made me worse. When I bought things, swiped my card, went out to dinners to seem like everything was going great, financially, it only pushed me further in debt. Being able to say “I can’t afford that,” or “I spent way too much last week, so I have to be careful this week” is incredibly liberating. No one should be ashamed of having to spend less, or of being conservative in their money choices. And spending to keep up an appearance of financial ease only, ironically, makes us worse off with money.

I’m not perfect with money, and there are still times when, like last month, I can take a big ding in my credit score because of a relatively stupid mistake. But I am, at the very least, extremely lucid about my own failings, and constantly, actively working to conquer them. And when it comes to money, when even being honest about the smallest thing can be a huge taboo, talking about it is half the battle.