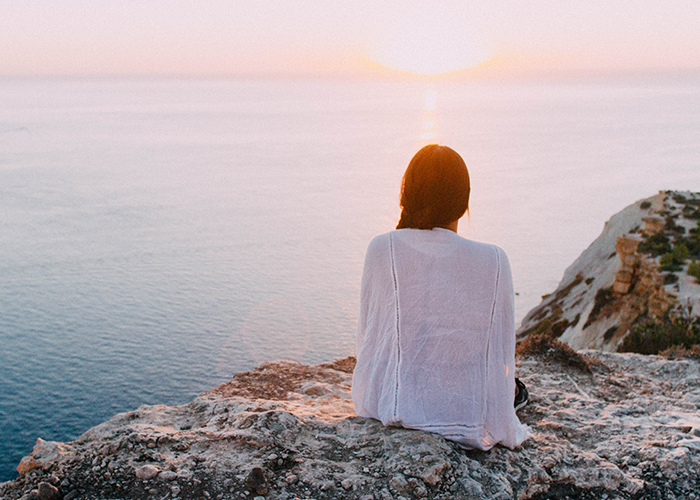 Anytime we got money as kids for birthdays or holidays, my parents would always tell me “save it up.”

They never mentioned why we should save up, what I’d do with that money, or even why it was good to have money tucked away. But I largely listened. I liked counting the 10 and 20 dollar bills and stacking up my coins, despite the fact that in total, my money usually never broke $100. Despite this recurring advice, I don’t really remember my parents practicing what they preached; there was always a scramble to find money when big events or expensive problems arose and I honestly think it did a doozy to my own relationship with money for years to come.

It wasn’t clear to me when I was younger — even in high school — how much my parents made. My dad was the breadwinner, while my mom vacillated between staying at home and working retail jobs. But it was pretty clear that we weren’t well-off. My dad told me jokingly when I was in the eighth grade that I’d have to start researching scholarships now because there was no way he could afford college for me and my four siblings (yup, five kids total). Although there was no budget to speak of — I literally didn’t know households actually employed budgets until I got to college — money was limited, and getting things fixed around the house, for example, was always a struggle.

Yet, knowing all that, I would see my parents spending money in a way that I now recognize as them just trying to keep up with their friends’ spending. We had lots of big Arab gatherings when I was younger; when it was our turn to host, my parents easily dropped $300 on food and snacks for the inevitable 60+ person party (imagine 10+ families, each with at least three kids). I’d see my mom come home several times a week with new clothes for us kids and for her.

I never connected the dots between “we’re not a wealthy family” and “my parents seem to spend on a lot of things that look nice, but aren’t wholly necessary.” It took me a while, but I think it was high-school when I saw that this behavior stemmed from their need (my mom’s in particular) to make sure we got all the same things our family friends had. I’d see them strain to pay for the vacations their really large friend-group sometimes took together. They struggled, but they made sure they kept up appearances, so we didn’t look poor in front of our friends.

I didn’t know until years later — when I was 23 and realized despite having a really good income, I only had $2,000 saved — just how much their keeping up appearances had rubbed off on me. Taking a look at my bank account, I saw that I spent so much money on frivolous crap — lots of clothes and shoes and jewelry, and I had a particular weak spot for designer handbags — all because I technically had the money and could buy it. I was just emulating my parents’ spending. Sure, my parents would tell me to save money, and I thought I was — at the end of the month, I’d move whatever was leftover from my spend-spree into my savings. But often there wouldn’t be anything leftover; in fact, I’d frequently dip into that meager savings to cover shopping trips and numerous meals out. I’m a working woman, with relatively few expenses, I should be able to afford the occasional indulgence! Except, much like my parents, my spending was not an occasional “treat yourself” event. It was habitual and caused long-term damage to my possible saving potential.

That’s when I knew I needed to do more than just “save.” I was following the only financial role models I had, and I saw that, by not doing my own research, I’d done myself a serious disservice. I needed to learn how and why I was actually saving. I needed to learn what a budget was, how to spend responsibly and how to make my money work for me. Trying to remedy my situation, I delved pretty deep into the personal finance interwebs and I discovered how attractive the idea of “passive income,” more specifically owning rental properties, sounded to me. All of a sudden I wasn’t just “saving” arbitrarily because my parents told me I should, I had a goal to work toward. I also wasn’t going to spend blindly anymore. My perspective on money, and subsequently my relationship with money, changed — it was no longer the thing you needed to obtain clothes and a meal. Now, I see money as a tool to reach financial security, to build lasting wealth — what I refer to in my head as my “future empire” — but also my and my family’s insurance blanket.

My parents are still practicing the same live-for-the-appearances philosophy and really haven’t learned to prioritize their future over today’s wants. While they may not be able to think about their financial future, I’m definitely in a position where I can think about their future for them, even as I continue learning about wealth-building and business ownership. It’s not ideal, but taking care of family is what empires are for, right?

Maxi is a young professional working on her empire in Houston, Texas. She’s dipping her toes into the personal finance and freelance writing pond, and you may be hearing a lot more from her soon. She prefers to use a pen name.